The defender is set to make an £80million switch to Old Trafford. 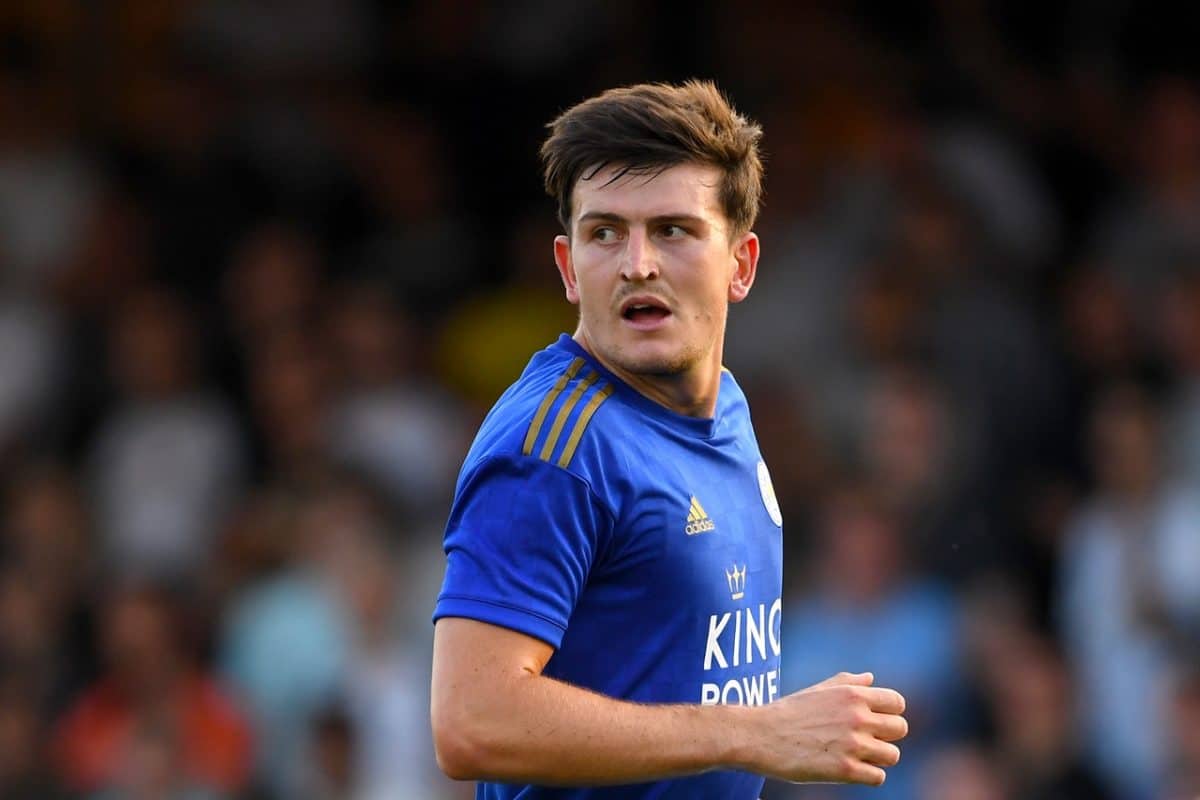 Harry Maguire is set to become the world’s most expensive defender with an £80million move to Manchester United from Leicester.

Here, is a look at the 26-year-old England international’s background.

Maguire began his career with hometown Sheffield United, where he came through the youth ranks and made his first-team debut as an 18-year-old in 2011. He was the Blades’ player of the season in 2013 and 2014 and named in the PFA League One team of the year three years in succession. He joined Premier League Hull for £2.5m in 2014 but had a loan spell at Wigan before establishing himself at the Tigers. He moved on to Leicester in a £17m deal in summer 2017. He made his England debut the following season before going on to impress at the 2018 World Cup.

Maguire hails from a strong footballing family. Younger brother Laurence, 22, plays for Chesterfield, who are currently in the National League, while older brother Joe, 27, has had a solid non-league career. He now plays for Gainsborough Trinity after spells with Ilkeston, Nuneaton, Boston and Buxton. Both Laurence and Joe are also defenders. The trio’s sister, Daisy, has also played the sport for Handsworth Parramore Ladies and Sheffield United.

Maguire is engaged to long-term girlfriend Fern Hawkins. The pair have been together for eight years and their first child, Lillie Saint Maguire, was born on April 3 this year, exactly nine months after England beat Colombia on penalties at the World Cup. It was after that last-16 victory in Moscow that Maguire was famously pictured talking to Hawkins in the stand. After Maguire then scored in the quarter-final win over Sweden, the picture went viral, becoming a meme with people adding their own captions. Team-mate Kyle Walker was one of the chief instigators, writing: “Yeah so a good header doesn’t hurt. I mean the moment you head it proper, you feel it’s a good one. Know what I mean love?” but the man himself also joined in. “Can you ask the neighbours to put the bins out on Monday? We’re not going home just yet,” Maguire wrote.

2 years ago watching @england in France with my mates. Now on the plane to Russia. How things have changed. #AlwaysBelieve ??? ?????????

Maguire, whose first name is actually Jacob and is known by his middle name, showed his talent for other sports during his time at St Mary’s Catholic High School in Chesterfield. He was notably good at athletics, running cross country, 800 metres and throwing the discus, while he also played rugby. Football has obviously been his first love, however, as a player and a fan. He attended Euro 2016 as a supporter with friends. Just two years after sharing photos of himself in the stands in France, he was starring on the field in the World Cup in Russia.

Maguire was inspired by England centre-backs John Terry and Rio Ferdinand as he first made his way in the game. “They were the best partnership around when I was growing up,” he said in an interview. The chance to work under former Manchester United centre-half Steve Bruce was later one of the key factors in his move to Hull. “I knew what a great career he had,” Maguire said. Despite having these heroes, and size and strength that ideally suit the role of centre-half, Maguire actually played in midfield as a junior. It was then he honed some of the ball-playing skills that are now evident in the way he brings the ball out from the back.