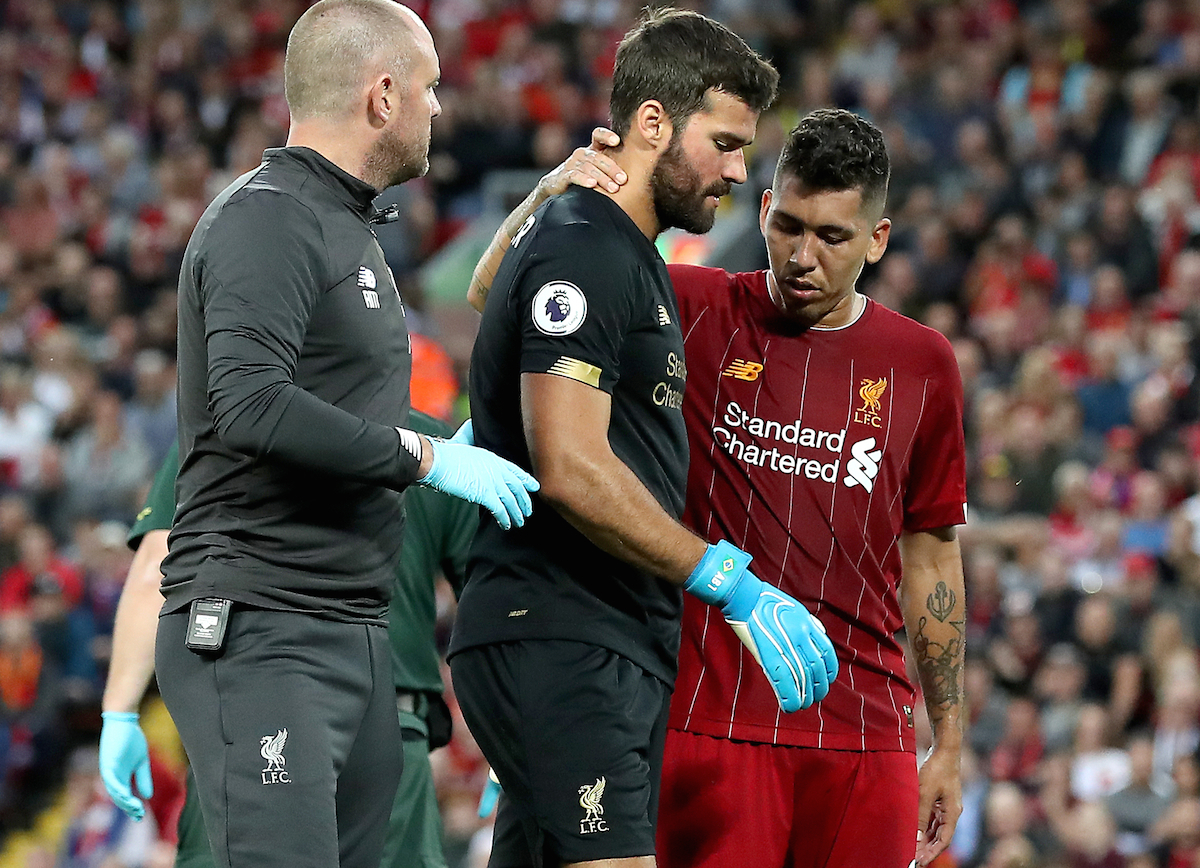 Liverpool are facing a goalkeeping shortage if Alisson Becker is ruled out for a lengthy period after suffering a calf injury in Liverpool’s opening 4-1 win over Norwich on Friday night.

Alisson had to come off in the 39th minute against the Canaries having gone down clutching his calf after slipping while playing a goal kick and, though there was no immediate verdict on how serious the problem is, Klopp did not sound optimistic.

“It’s the calf and that’s it,” the German said as he ruled the Brazilian out of facing Chelsea in the European Super Cup on Wednesday.

“He couldn’t carry on, that’s not a good sign, and we have to see. Wednesday he will not play. With all my experience I can say that already.”

Adrian, just four days after signing for the club on a free transfer, came on to make his Reds debut as Alisson hobbled off, and the 32-year-old now stands to start against Chelsea in Istanbul.

But whether Klopp is able to select a goalkeeper on the bench remains to be seen with the Reds boss admitting his options are extremely short with the other goalkeeper in the senior squad, Caoimhin Kelleher, recovering from a broken hand.

“Caoimhin is back in training but he’s not 100 per cent, we have to see how he reacts now,” he said.

“One of the younger ones is not allowed to play, he’s only 16, and the other one had an elbow injury early in the pre-season. So yeah, we’re a bit short in that position.”

However, Klopp expressed confidence in Adrian’s ability to step in for Alisson.

“He is a very confident guy,” he said. “He came in and I don’t think he wanted to only sit on the bench for the next couple of years. He made himself ready.

“So yes, it’s a situation, but if you are in a situation like this you want to have somebody who played the league, who is experienced. He’s 32, he’s a calm guy, good with his feet. So a lot of good things.

“But you still don’t want to have a situation where (only) one goalie is fit. That’s how it is but we have to see.”