After watching his beloved Liverpool FC win the Champions League in June last year, Luke Stangroom, 43, joked in the pub that he’s going to grow his hair until their next league defeat. 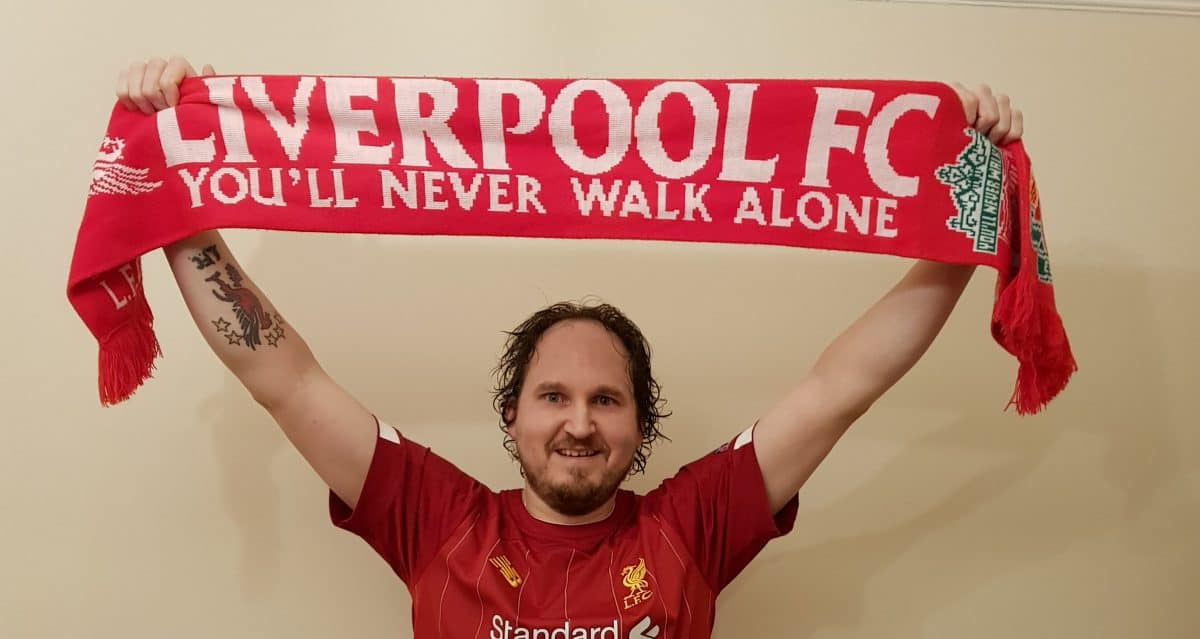 A skinhead Liverpool fan who grew his hair long and shaggy after refusing to get a haircut until they next lost a match finally got it shaved off — after nine months.

Luke Stangroom, 43, made the pledge after watching his team win the Champions League in June last year.

He said he would not get a haircut until their next league defeat – but little did he know The Reds were 17 games into an impressive 44 Premier League game unbeaten run.

Their victories forced the dad-of-three to grow his hair long and shaggy – until they finally lost 3-0 to Watford on Saturday (29).

Luke said: “I’ve been a skinhead for as long as I can remember now because I’m receding quite badly.

“Winning the Champions League was one of the best moments I’ve ever had as a fan. It was right up there.

“I watched the pub at my local and after the match said to a mate that I’m not going to get a haircut until they next lose a match.

“It was only a joke and to be honest I only thought it would last a couple months.

“But it just kept going on and on and it became a running joke.

“I got used to the longer hair and I wanted Liverpool to keep winning but towards the end I was secretly wanting to have a haircut quite badly.

“The hair started to do my head in. I kept having to tuck it behind my ears and I didn’t really like it.”

Luke, who has a partner, cleaner Michelle Cameron, 43, said he decided to shave his head in his early 30s.

But he went from shaving his hair on a weekly basis to not cutting it at all for nine months, after the pub promise on June 1.

By this point Liverpool were already 17 games unbeaten in the Premier League – a run they would go on to extend by a further 27 games.

The remarkable run of form – which almost broke Arsenal’s historic 49 game unbeaten run set in 2004 – finally came to an end on Saturday.

Luke went to the hairdressers on Sunday morning.

But instead of going back to being a ‘skinhead’, he said he chose to go for a short, back and sides instead.

Luke said: “Obviously I never want Liverpool to lose by I was pretty pleased to be able to get a haircut.

“Michelle was ok with the hair but even I’ll admit it did look a bit of a mess.

“I was quite pleased to stick to my words and it did feel odd.

“I never once regretted saying I’d do it. I was prepared to grow my hair for as long as it took.”

Jurgen Klopp has called on Liverpool’s players to deliver another “wonderful reaction” to seal the side’s first top-flight title in 30 years.

The Reds slipped to a third loss in four matches with Tuesday’s 2-0 FA Cup fifth round defeat at Chelsea, to leave boss Klopp accepting the Anfield men have lost their head of steam.

Liverpool had few answers, and Klopp could pinpoint no more causes afterwards – but insisted the Reds’ riposte when hosting Bournemouth on Saturday can build the path towards atonement.

“It’s much more easy to explain when you win than when you lose.

“I don’t have a lot of arguments. It’s a free world and everyone can interpret.

“The boys are strong, they have showed a wonderful reaction so many times, and now we have to show that again.”