Under a heading of ‘#WeCareDoYou’, the make-up of the Arsenal board, “soulless” atmosphere at the Emirates Stadium and a lack of transfer strategy 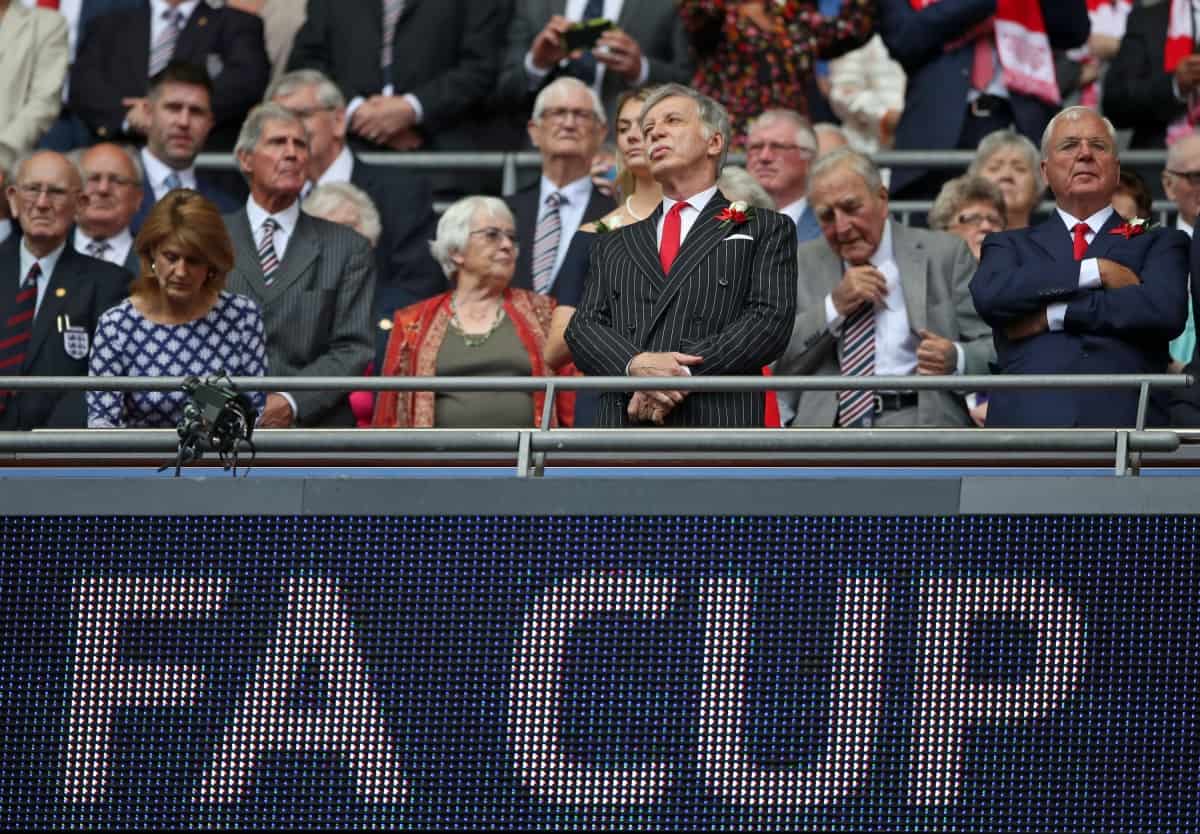 Arsenal director Josh Kroenke admits criticism of the club’s leadership has been “hard to take”, but maintains there will be no compromise over the direction of the board.

On Monday, a total of 16 signatories from across Arsenal supporters’ organisations, fanzines and blogs published a statement hitting out at Stan Kroenke’s “passive ownership” as the Gunners prepare for a third season without Champions League football.

Under a heading of ‘#WeCareDoYou’, the make-up of the Arsenal board, “soulless” atmosphere at the Emirates Stadium and a lack of transfer strategy are all addressed to Kroenke, whose company took outright ownership of the north London club during August 2018.

Josh Kroenke, son of the Arsenal owner, addressed the issues raised during the club’s tour of the United States, and also later released an open letter to all Gunners fans calling for unity.

“For me, on a personal level, I’m not sure how to address my passion. Anyone that knows me knows how passionate I am about Arsenal Football Club,” Kroenke said in an interview published by several national newspaper websites.

“Is it hard to take? Absolutely. But I’m not in this business to make friends, I’m in it to win.

“If anyone is ever going to question anything about our ownership – which I view as a custodianship, the supporters trust us to be a custodian of the values — that’s what we’re trying to do. We’re trying to win whilst also respecting the values and traditions of the club.

“I’ve sat down with supporters’ groups. I’ve not been afraid to sit down to have tough conversations with people because I’m transparent, we’re transparent, we don’t have anything to hide.

“We all want the same thing and we’re all trying aggressively to make it happen. It’s just sometimes our timeline might not be as aggressive as others would like to see.

“But we’re not going to compromise the values that have kept Arsenal Football Club the way it is for over 130 years.”

Arsenal head coach Unai Emery took the squad away to the USA without captain Laurent Koscielny, who had refused to travel as a dispute over his future rumbles on.

New signing Gabriel Martinelli impressed as a young side eased to a 3-0 win over the Colorado Rapids in their first game of pre-season.

Tougher tests, of course, lay ahead, with Arsenal as yet to make a marquee summer transfer move. View this post on Instagram

Back in the office ????‍♂️ @arsenal @adidasfootball #preseason #COYG

“It’s no secret that we have a Champions League wage bill on a Europa League budget right now. That’s a fact. And one that we’re figuring out how to face internally at the moment,” Kroenke continued.

“That doesn’t mean that my father or I have ever said anything about any restrictions on spending. We know where we need to be and we know the areas we need to address on the pitch.

“It’s not who you buy, it’s how you buy. There’s multiple statements to say how to skin that cat.

“While we’re not going to be in the market for some of the top players in the world at the moment whilst they are the top players, we’re actively scouting the globe to find the next big thing to become great at Arsenal Football Club. And not only will we bring them to the club, we’ll be able to retain them in the fold going forward.”

Josh Kroenke also gave an interview with Arsenal club media, during which he stressed: “our ambitions are silverware. Silverware and trophies. I think anything short of that is not a success”.

On Tuesday afternoon, the Arsenal director released an open letter to “Gooners worldwide”, on “behalf of myself, my father, my family and Kroenke Sports & Entertainment”.

In the letter, obtained by PA, Kroenke said they “respectfully disagree about our club being at a crossroads” and the need for change, given all what had happened since long-serving manager Arsene Wenger left as Arsenal “turned the page from our traditional model of football operation”.

Kroenke, who represented the family at the Europa League final loss to Chelsea in Baku, added: “There will be both victories and defeats in our future together and we thank you for your continued support through both competitive experiences as we push forward to create a new, proud, history of Arsenal Football Club…. May North London forever be Red…”