"Drinking the tears of the racists." 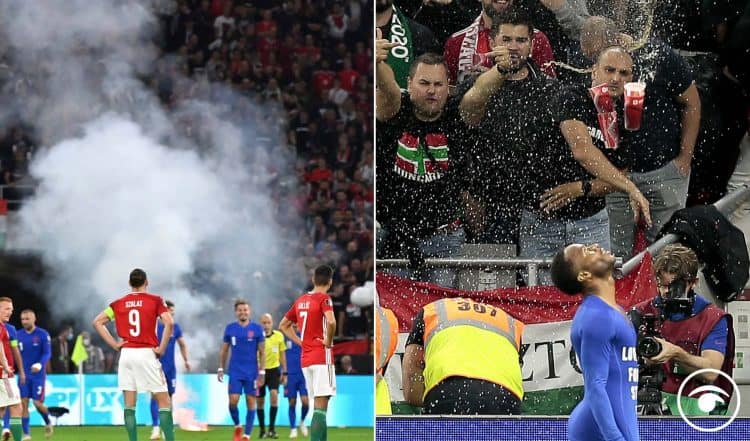 Gareth Southgate insists supporters who jeer the taking of the knee and aim racist abuse at players will be regarded as “dinosaurs” after his England side were once again subjected to monkey chants.

Raheem Sterling and Jude Bellingham were the reported targets of a number of Hungary supporters inside the Puskas Arena as England turned in a fine performance to win their World Cup qualifier 4-0.

Just 53 days after the heartbreak of their Euro 2020 final defeat to Italy, Sterling put England in front as they ran riot after the break, with Harry Kane, Harry Maguire and Declan Rice also on the scoresheet.

England players were booed as they took a knee ahead of their World Cup Qualifier with Hungary in Budapest.