The England forward left the Merseysiders for Manchester City in acrimonious circumstances in 2015. 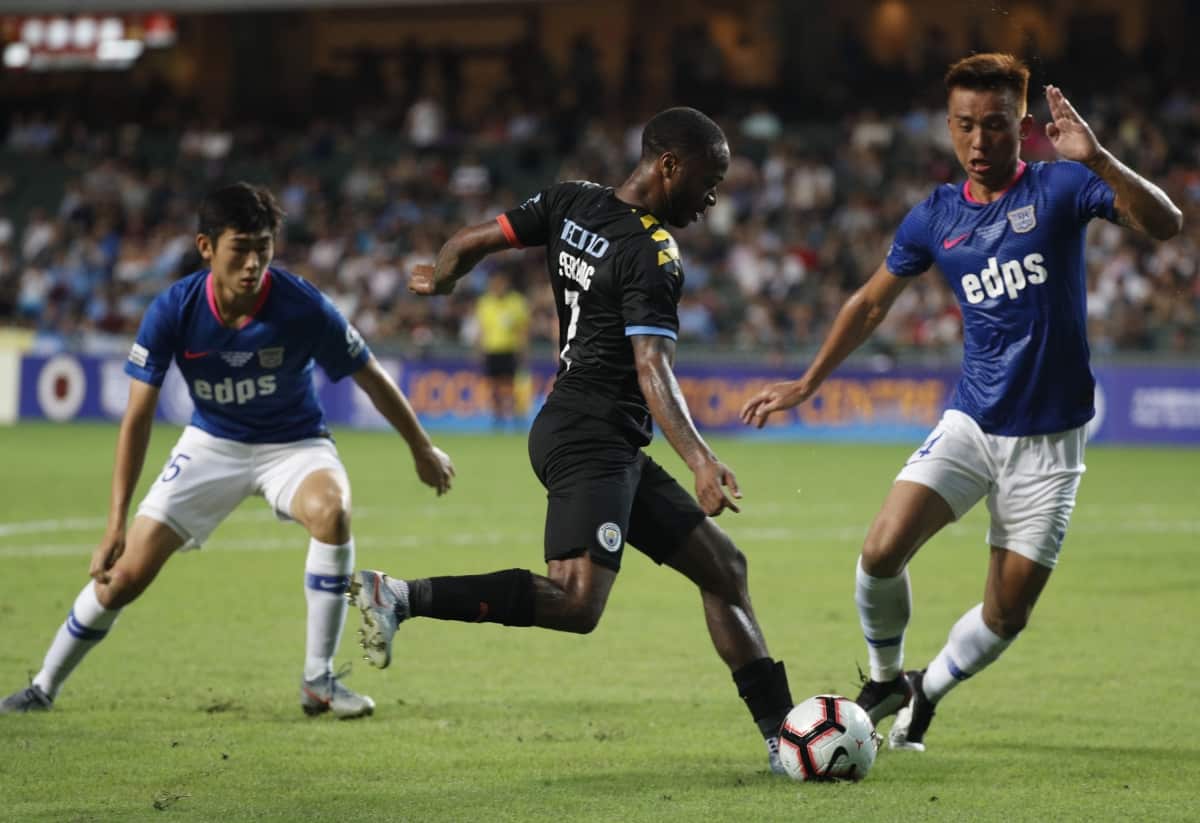 England forward Sterling left the Merseysiders for Manchester City in acrimonious circumstances in 2015 in order to further his career.

But the 24-year-old insists there is not a trace of envy now his old club have been crowned European champions, particularly as he sees City’s Premier League prize as the greater.

City won their last 14 games last season to pip Liverpool by a point and retain their league title.

“I was really happy for them, happy for some of the players I know to lift the Champions League,” he said.

“The Champions League is massive for us as a club but our most important thing is winning the Premier League. That’s our main objective going into this season.

“Yes, it’d be nice to win the Champions League but first and foremost we want to win the league.

“The Premier League is your bread and butter, every weekend, what you train for every day. The Champions League is the nicer looking one, the most prestigious as people say, but every weekend you put in a shift, you’re going to tough places. You’re off to Crystal Palace, Burnley. It’s tough. You put so much time into it.”

City face Liverpool in the Community Shield next week before beginning their quest for a third successive Premier League title at West Ham on August 10.

Sterling, speaking during City’s pre-season tour of Asia, said: “It’ll be harder than last season. To do this three times in a row is a massive challenge for us. It’s a challenge we’re definitely up for.

“We’re getting our work in now, getting our fitness up, and we’ll be ready for the Community Shield against Liverpool. We want to be up and ready.”

Sterling, who signed a contract extension committing himself to the club until 2023 last November, is enjoying life at City so much he is happy to put his dream of playing overseas on hold.

Going through the gears in Yokohama! ?

He said: “From being a kid I always wanted to play abroad but I’m happy at Manchester City.

“Manchester is a lovely place, even though I live pretty much near Crewe. I love the little villages. I can go out, grab a bit of lunch and chill with my family without needing the city centre. We’re really happy up there.”

One of the chief reasons for Sterling’s happiness is his relationship with City’s inspirational manager Pep Guardiola.

The Spaniard has taken a keen interest in Sterling’s game since arriving at the Etihad Stadium in 2016, overseeing a development that has seen him become one of the most important players in the country.

Sterling said: “He talks to us as a group and you take information on. You learn. If you don’t learn, you don’t play.

“He helps me along the way in terms of little details, doing things a little simpler and taking a lot more care.

“If you don’t want to improve your own game then, or don’t want to look at yourself, then there is nothing Pep can do to help you.

“I take a lot of positives from him, purely by the way he carries himself, the way he sets those high standards. It rubs off. That has improved me the most – the standards he sets. It makes sure I don’t fall from my standards.”

Sterling enjoyed his most prolific season to date, with 31 goals for club and country last term, but he feels he can still do better.

He said: “It was a good season for me, as with a lot of the boys, but it’s trying to get better as a player.

“We’re all at an age where we all want to keep getting better. There isn’t any player (at City) who thinks they’re at their best. That is what drives us on to go on to do big things.”

Asked specifically where he feels he can improve, Sterling said: “It’s goals, goals that win matches. I thought I put in a good contribution but there is improvement.”

Sterling is determined to keep trying, even if things do not go right at first, as was the case in the Premier League Asia Trophy in China last week.

He said: “There are things I know I could do in a game and I’ll say, ‘I could’ve done that better,’ so I’ll get on the training field.

“Coming inside on my right foot is something I’ve been working on the whole of last season, even though I missed against West Ham the other day.

“I’ve been practising my penalties and if we get another one I’ll definitely take another one. This is what I’m doing every day and why I was so confident (against Wolves) but missed. There are little details.

“It’s down to yourself. If you don’t know what you need to improve on it’s never going to happen.”