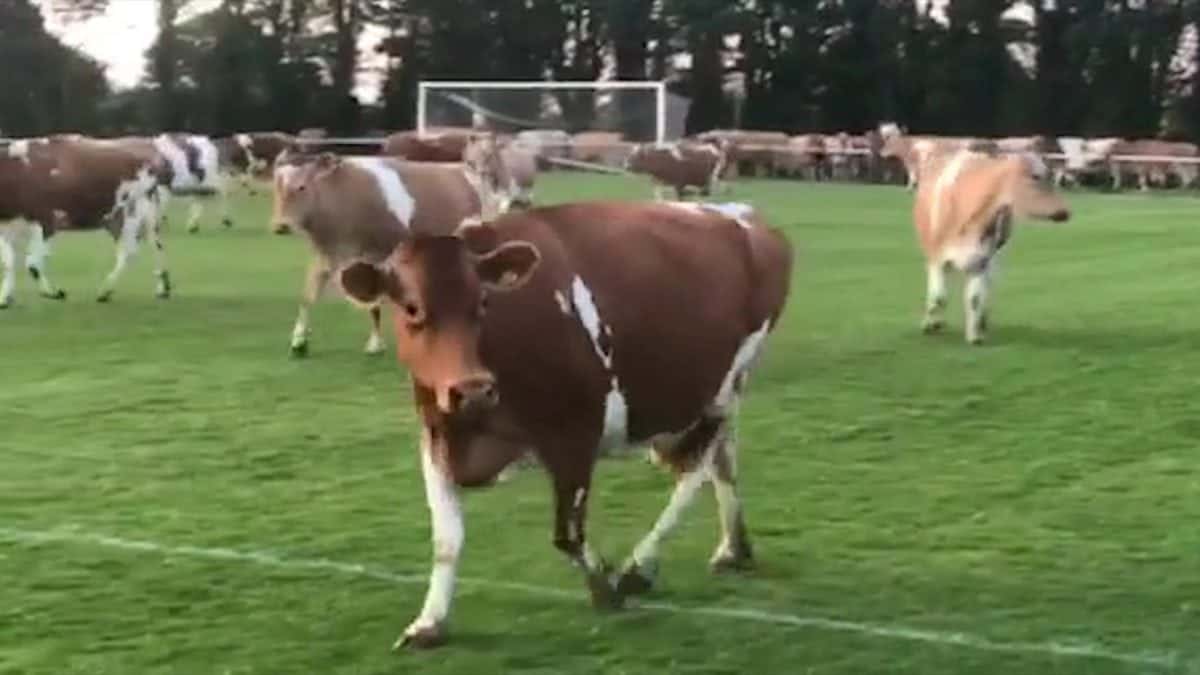 A football match had to be abandoned when a ‘tsunami’ of COWS invaded the pitch.

Thrive Physiotherapy FC were squaring off against Centrals in the final match of the season, and Thrive had the advantage at 2-1.

As the teams entered the second half the play was halted when players heard a loud noise at the corner of the pitch.

All of a sudden, a massive herd of 180 cows broke through a wooden fence and ruined the game.

Both teams, from Guernsey, were shocked by the pitch invasion and some players ran off in fear.

Other players, including Nick Leigh-Morgan, 44, were able to hold onto their nerve, and quickly grabbed the corner flags and began rounding up the cows.

Nick, a company director from St Martin’s who plays for Thrive, said: “There was a commotion and noise from the corner of the pitch.

“I looked at it and I saw what I would describe as a tsunami of cows coming towards us.

“They broke through the fence and charged onto the pitch.

“There was 180 apparently, they were quite large and some players scarpered quickly.

“A few of us decided we had to get them off the pitch and picked up corner flags and shepherded them off.”

Thanks to the quick thinking of Nick and the other players the pitch was quickly clear of cows, but not in a good condition.

He continued: “There were deposits all over the pitch, everyone found it very amusing.

“We all agreed it was ridiculous to carry on and shook hands and called it a draw, before heading to the pub.

“I’ve played football for 30 years and seen some strange things on the pitch but I’ve never seen any thing like that.”

By Ben Gelblum and John Bet