Lifelong Spurs fans James, Michael and Will Perkins stormed out of Ajax’s Amsterdam Arena when the score was 2-0 and “all hope seemed lost”. 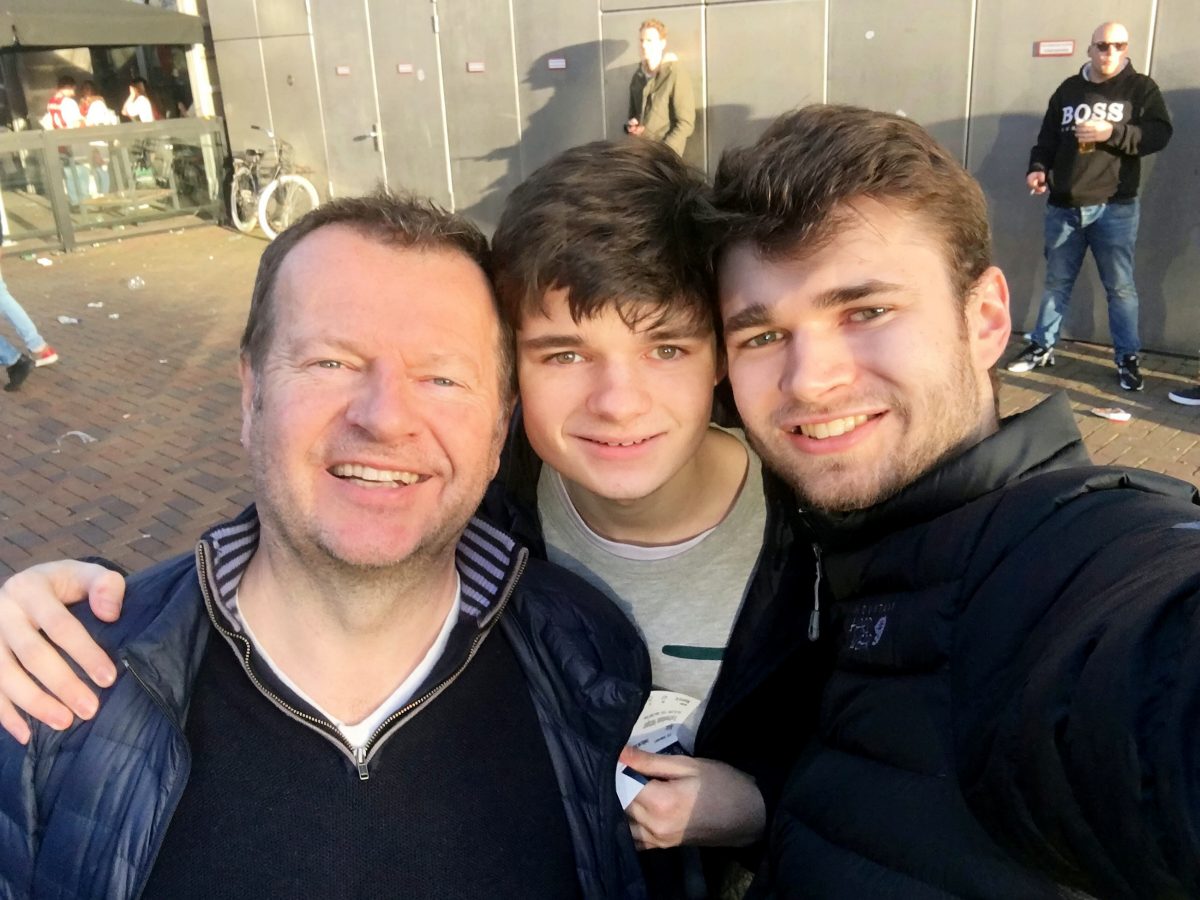 A family of Spurs fans MISSED Tottenham’s incredible Champions League comeback after they got too drunk and left the stadium at half time – thinking it was FULL TIME.

Lifelong Spurs fans James, Michael and Will Perkins stormed out of Ajax’s Johan Cruijff Arena when the score was 2-0 and “all hope seemed lost”.

The father and son trio thought their beloved Spurs were seconds away from Champions League semi-final heartbreak so headed for the exit – just before the 45th minute.

However, there was still a full half of football left to play in Amsterdam on Wednesday night – which turned out to be 45 minute spell that will go down in club history.

Tottenham went on to win the match 3-2, after Lucas Moura scored the second half hattrick with less than 60 seconds left to play.

But Spurs season ticket holders, James, Michael and Will, from south London, missed the whole thing – after sinking 12 pints each before the match and mistaking half time for full time.

Social media producer James, 23, said: “We just thought there was no way we were going to score three goals in less than five minutes.

“We were pretty poor and were having no chances at all. We all left just before half time – thinking it was full time.

“No one was talking and everyone thought the game was over at that point. We thought we were leaving at the perfect time and wanted to beat the rush out of the ground.”

Boozed up and miserable, the three heartbroken fans began to make their way back to their hotel in central Amsterdam.

But as they stood on metro train station platform, James received a phone call from a friend .. just as the second half was getting underway.

It was then that the penny dropped and James realised he had walked out of the stadium at half time rather than full time.

Whilst he was on the phone to his friend, Spurs scored the first of their three goals, which sparked the start of a memorable comeback.

James, Michael and Will rushed back to their hotel and managed to catch the last half an hour of the match in the hotel bar.

He took off his shirt and ran around the bar and celebrated as if he was still stood in the stands when the final goal went in and Spurs sealed a sensational victory.

James added: “We were stood waiting for the train and my friend called me. He couldn’t believe we had left. He said the game was still going on.

“He told me when Spurs scored the first goal. I was so confused. But then I realised no one was stood around us waiting for a train.

“We were able to watch in the bar and to be honest, I’m fine with it now. I was still excited to be watching because of what was happening.

“I was just happy we were coming back. It’s still amazing to see us reach the final.

“It was an unbelievable feeling when we had won. I took my shirt off and started running around.

“Obviously, it would have been better to be there but it was still an incredible experience for sure. We celebrated as if we were still at the ground.”

James paid 64 euros for his ticket and has travelled around Europe all season watching Spurs in the Champions League.

James, his dad and his brother arrived in Amsterdam for the Champions League semi-final second leg at 1pm on Wednesday, and spent the seven hours before kick off drinking.

They arrived at the ground in time for the 8pm kick off, but due to a drunken mix-up, missed the start of the match.

Blurry-eyed James even tried to get into the Amsterdam Arena using a ticket for an old Tottenham match.

He arrived at his seat ten minutes into the match – when Spurs were already losing – and meant he thought he had missed a full half of football.

James said: “We thought we had left at the perfect time to beat the rush at full time.

“I left and my dad and brother followed me.

“I’m still happy but that’s the last time I ever leave a football match early.”

James is hoping to attend the Champions League Final in Madrid with his dad and brother on June 1.

Spurs will take on Liverpool at the Estadio Metropolitano, where one team will be crowned the champions of Europe.