Many first team players may also have it 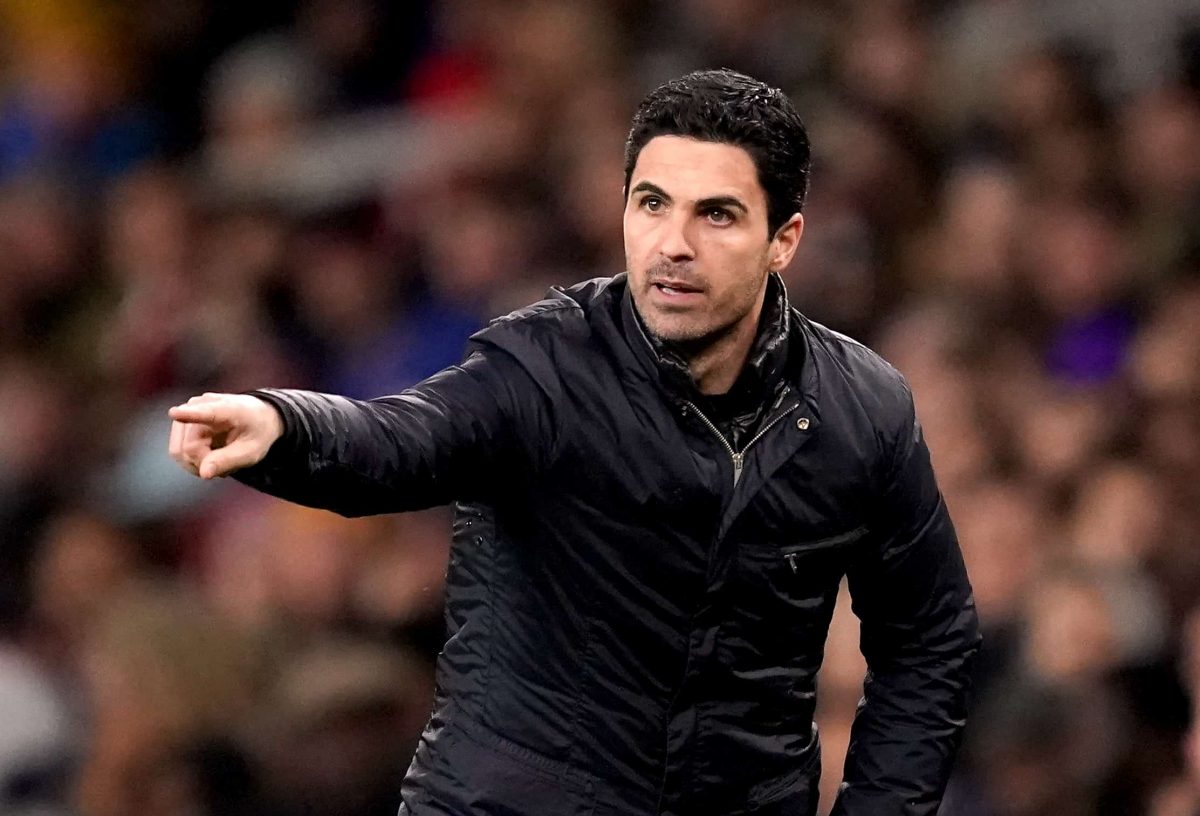 Arsenal manager Mikel Arteta gestures on the touchline during the Premier League match at the Emirates Stadium, London.

The Gunners have closed their training ground and club staff who had recent contact with Arteta will now self-isolate.

The club expects it to be a “significant number of people”, including first-team staff and coaches.

Arsenal managing director Vinai Venkatesham said: “The health of our people and the wider public is our priority and that is where our focus is.

“Our thoughts are with Mikel who is disappointed but in good spirits. We are in active dialogue with all the relevant people to manage this situation appropriately, and we look forward to getting back to training and playing as soon as medical advice allows.”

Philip Jansen tested positive for the virus on Thursday afternoon and is self-isolating, as advised by Public Health England, the company said.

In a statement to the PA news agency, Mr Jansen said: “Having felt slightly unwell I decided as a precaution to be tested. As soon as the test results were known I isolated myself at home.”

The BT boss said he decided to go public because he had attended an industry event earlier in the week with other mobile phone operators.

Public Health England has released new guidance for people with confirmed or possible coronavirus, as positive cases in the UK climb close to 600.

The stay-at-home advice states that if a person has symptoms of a coronavirus infection, even if they are mild, to remain at home and not to leave for seven days from the start of symptoms.

The most common symptoms are said to be a new continuous cough and/or a high temperature.

According to NHS England, a high temperature is generally considered to be 38C (100.4F) or over.

Those with possible or confirmed cases should not to go to work, school, or public areas, use public transport or taxis, or even go for a walk.

It says those with symptoms should separate themselves from people they live with and, if they cannot be in separate rooms, to keep two metres away from others.

People should sleep in different beds and, where possible, use a separate bathroom from the rest of the household.

For symptomatic people with shared toilets and bathrooms, the Government advice says to clean them after every use.

In a similar tone, the advice says to use separate crockery and a dishwasher if possible, but if not, to wash dishes as normal with hot water but with a separate tea towel.

Personal waste, including used tissues and disposable cleaning cloths, should be stored securely within two disposable rubbish bags and kept separate from the rest of a person’s household waste.

It should be kept aside for at least 72 hours before being put in the external household waste bin, the advice states.

It also says not to shake dirty laundry, as this minimises the possibility of dispersing the virus through the air, but laundry items that have been in contact with an ill person can be washed with that of people who are well.

The advice recommends asking friends, family and employers for their assistance with what they require to remain at home for seven days.

People with symptoms do not need to call NHS 111 to go into self-isolation and should stay in a well-ventilated room with a window and keep the door closed.

Figures show only 70% of calls to NHS 111 were answered within 60 seconds, the lowest for any month on record, amid increased demand due to the outbreak.

The advice also stresses that a persistent cough alone does not mean a person must continue to self-isolate for more than seven days, as coughs may persist for several weeks.

It adds that anyone with suspected Covid-19 should stay away from vulnerable individuals such as the elderly and those with underlying health conditions as much as possible.

For new mothers, the advice states there is “no clinical evidence” to suggest the virus can be transmitted through breast milk.

It says: “We believe that the benefits of breastfeeding outweigh any potential risks of transmission of the virus through breastmilk or by being in close contact, however this will be an individual decision and can be discussed with your midwife, health visitor or GP by telephone.”

For those who choose to breastfeed, the advice says people should wash their hands before touching the baby, breast pumps or bottles and to avoid coughing or sneezing on the infant.

The advice says people who are not able to stay in a separate room from other residents should follow the advice to the best of their ability and reiterates the importance of regular hand-washing, lasting at least 20 seconds.