Maurizio Sarri said being appointed Juventus’ new head coach was the “crowning achievement” of his long career and he welcomed a return to Italy following a year in the English Premier League with Chelsea. The Serie A champions appointed Sarri on a three-year contract earlier this week after agreeing a compensation fee with Chelsea and […] 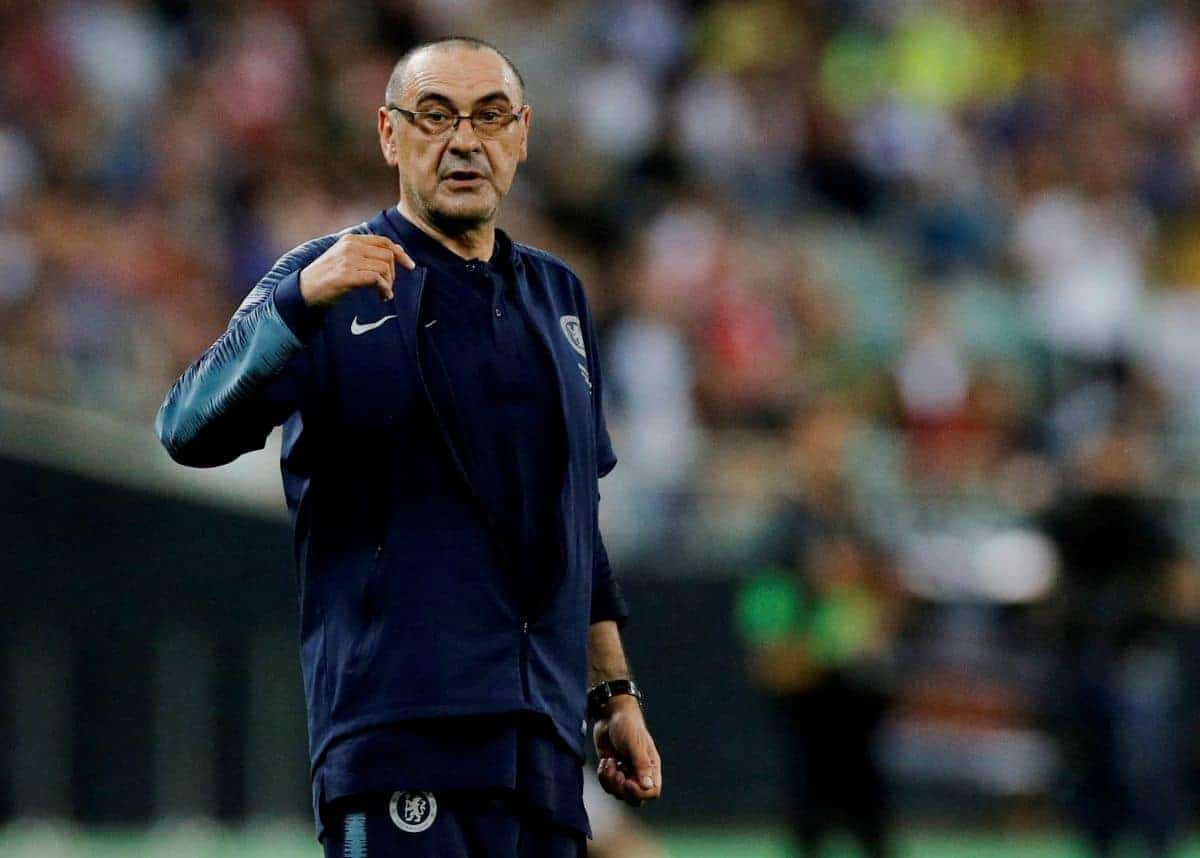 Maurizio Sarri said being appointed Juventus’ new head coach was the “crowning achievement” of his long career and he welcomed a return to Italy following a year in the English Premier League with Chelsea.

The Serie A champions appointed Sarri on a three-year contract earlier this week after agreeing a compensation fee with Chelsea and the 60-year-old replaces Massimiliano Allegri, who stepped down at the end of the season.

“It’s the crowning achievement of a long career,” Sarri told reporters. “At Napoli I gave my all, then I decided to have a great experience in the Premier League.

“Juventus are the best Italian club right now and offered me a chance to return to Italy.

“It’s been a long journey for me made up of gradual steps. I’m happy to be at the most important team in Italy and this is a further step forward after the experience at Chelsea.”

Sarri coached Juventus’ rivals Napoli between 2015 and 2018 and nearly broke their stranglehold on the league in his final season. The Naples side ran Juventus close in the title race before falling four points short.

“For three years I would wake up and think about how to defeat Juventus, because they were a winning team,” Sarri added.

“I gave 110% but we still couldn’t do it. It was an experience and I will now give everything for this club.”

Although Sarri won the Europa League with Chelsea and led them to a third-placed league finish, the fans did not take to the style of play he tried to implement, which worked wonders for him at Napoli.

While Juventus seemed to lack a recognisable playing style under the pragmatic Allegri in his final season, Sarri said he would build his team around Juventus forwards Cristiano Ronaldo and Paulo Dybala.

“You have to start with the talented players who can make the difference like Cristiano Ronaldo, Paulo Dybala and Douglas Costa and build around them,” Sarri said.

“When you have a player with the qualities of Dybala or Ronaldo, they can play in any role. What can change is only the interpretation of the role.

“Coaching Ronaldo will be yet another step forward, I’d like to help him break some new records.”

“The style of play was not a driving factor in the change,” Paratici said. “Sarri was always the first choice. We tried to make him understand right away that we really wanted him.

“We chose Sarri because we feel he is the best manager for Juventus right now. As were (former manager Antonio) Conte and Allegri in their respective moments and they showed great quality.”