Jung Min Yoo, 25, made the 5500 mile trip to see the 90-minute game of football on Saturday afternoon (Jan 5) at the Crown Ground - home to the League One club. 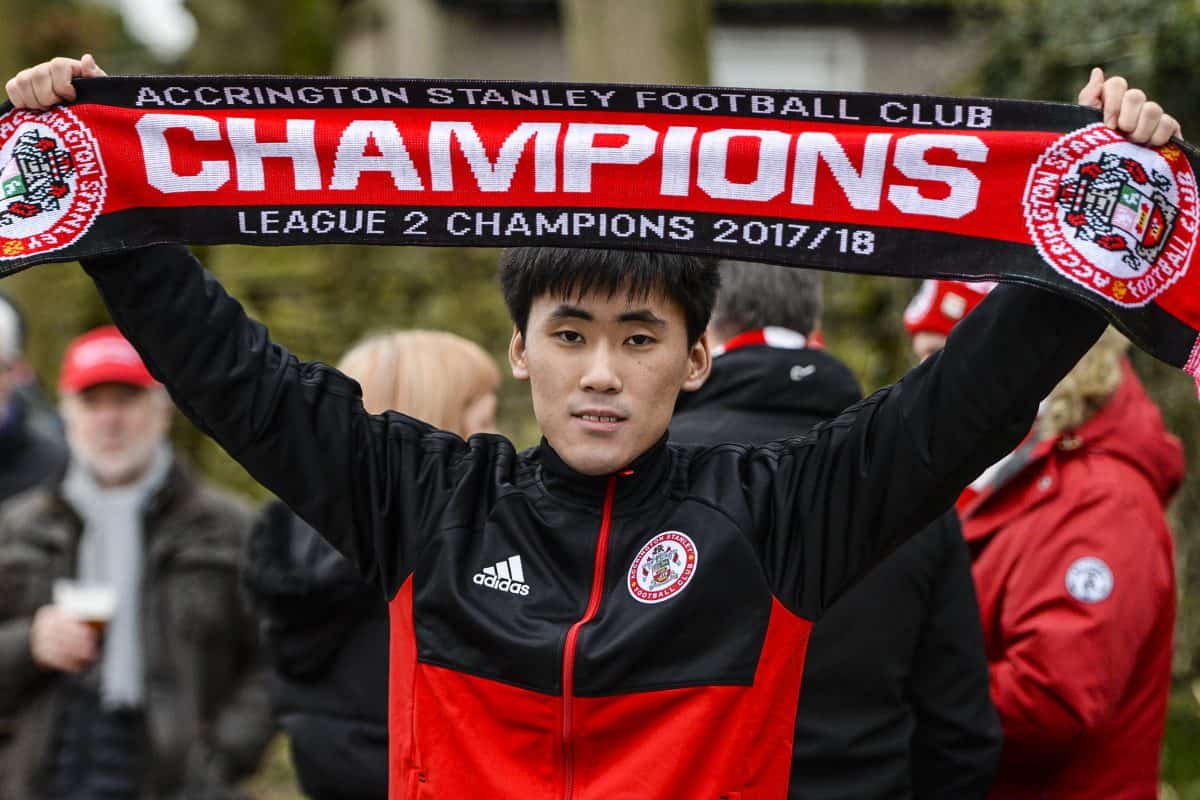 A ‘lucky charm’ football fan who traveled from South Korea to watch his beloved Accrington Stanley will travel home with a smile – after they caused a huge cup upset.

Jung Min Yoo, 25, made the 5500 mile trip to see the 90-minute game of football on Saturday afternoon (Jan 5) at the Crown Ground – home to the League One club.

The team beat visitors – and favourites to win – Ipswich Town 1-0 in a huge victory for the side in the FA CUP.

Having flown for 14 hours including transfers and watching a 4-0 drubbing last weekend, he said the day was

Jung, who usually keeps track of updated on his phone at midnight in South Korea due to to time zone differences, even tucked into a pre-game pie and wore his scarf to support his beloved team. 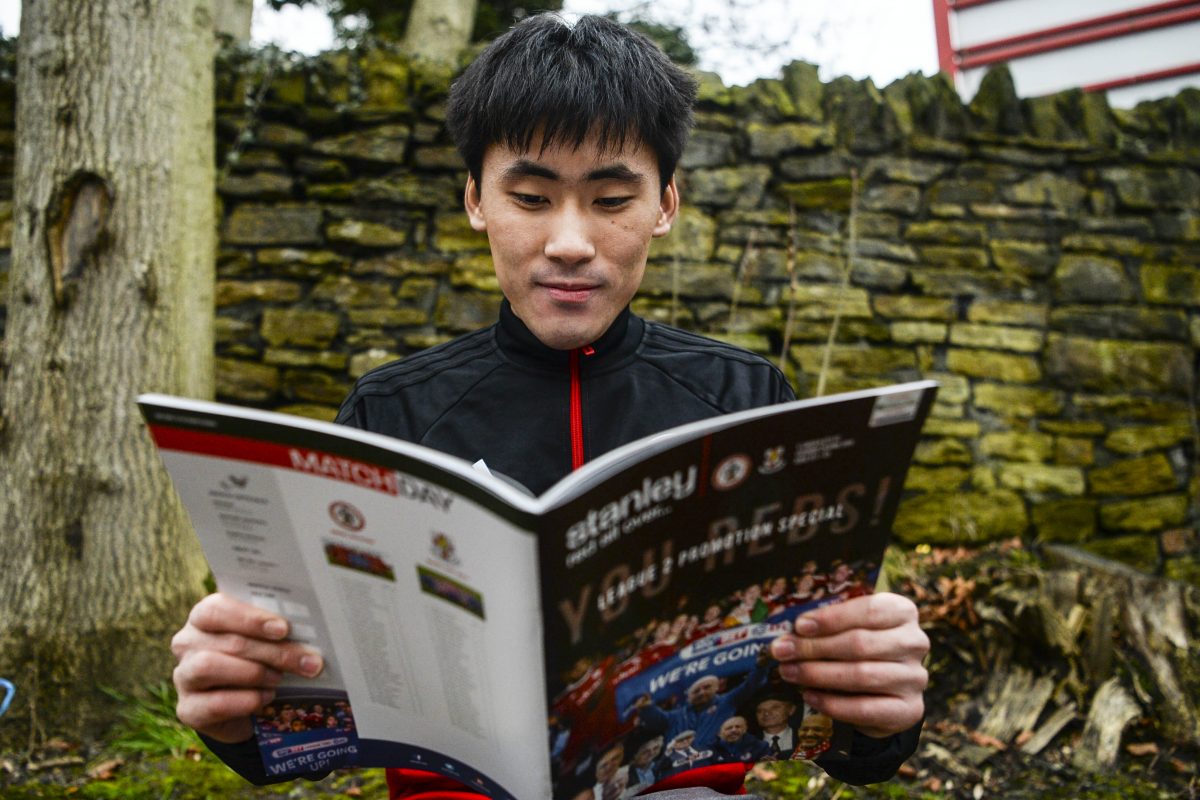 Jung has supported Stanley since October 2017 after he read an article that described the fantastic community spirit within the club.

Speaking after the incredible result, he said: “What a win.

“I predicted and decided when the first half had ended [that we would win].

Jung said that he hopes the club draw a huge team in the next round.

He even suggested he may return if the club pull off the unthinkable and reach the final.

He spent around £650 on his flight to Britain and met the team following the home game on Jan 29 – which drew a home crowd of 2,671 fans.

Jung, a Hankuk University student, had never travelled to Europe before watching the League One side and spent several months saving for the trip.

He set off from his home in Seoul at 4am local time on Friday (21 Dec) and flew 12 hours from Incheon International Airport to Manchester via Heathrow.

On Saturday morning, Mr Yoo left his Salford Quays hotel room and made the two-hour bus journey to Accrington.

After arriving at the stadium, at around 11am, Mr Yoo was treated to a tour of the ground and given a warm welcome by the chairman, first team players, staff and manager John Coleman.

He was stood in the William Dyer Electrical stand for the game and said: “I was very surprised by the good attitude shown by fans and staff.

“I’m just a fan but they gave me a warm welcome.” 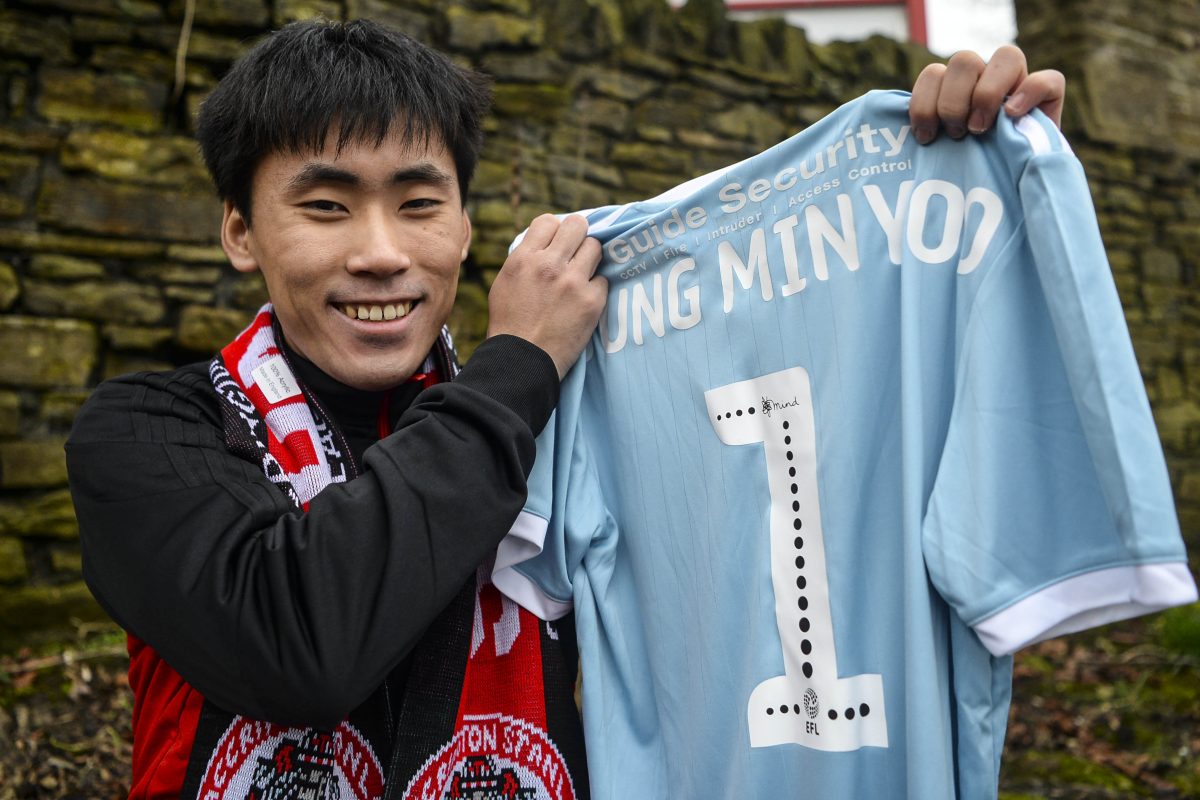 After the game, he spent a couple of hours at The Reds Bar for a few drinks with supporters before heading back to his hotel at around 7.30pm.

Chairman Andy Holt, who had a pint with Mr Yoo at the end of the match, said: “I’m proud to say Stanley is becoming a worldwide brand.”

Mr Yoo will be making one more trip to the Wham Stadium next Saturday (5 Jan) when Stanley play Ipswich in the third round of the FA Cup at home before making the journey back home next Sunday (6 Jan).

Before his love affair with Stanley, the part-time convenience store worker mostly watched Bournemouth in the Premier League.

But he took a shine to the League One side when he found out about the community spirit within the club.

When Mr Yoo first announced his plans to travel to East Lancashire six months ago, he was jokingly told to ‘order a whisky’ by his friends and family.

Mr Yoo, who lives with his parents and has three younger siblings, said: “They had never even heard of Accrington so they asked me about my trip several times.

“I went to Yokohama, Japan, in January, so this is my second trip abroad.”