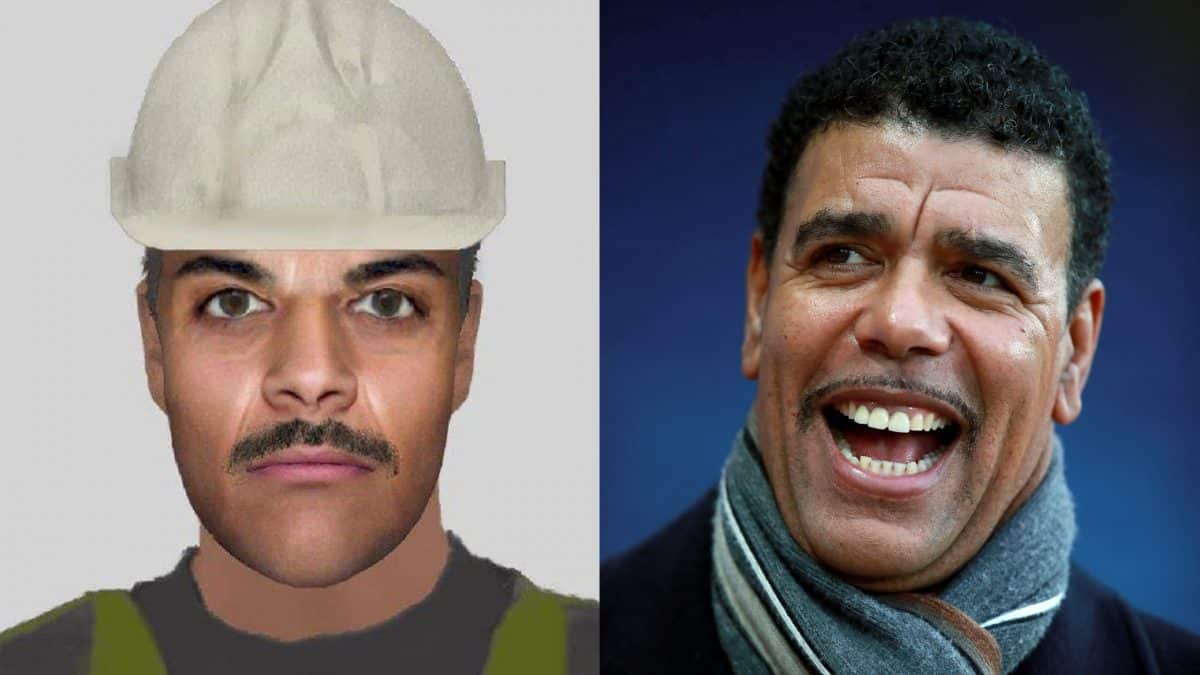 Chris Kamara warned people not to be alarmed as he donned a hard hat in an apparent nod to a police e-fit image said to look like him.

Cleethorpes Community Policing Team posted on Facebook an image of a suspect they were pursuing, and were met with a slew of responses suggesting it resembled Sky Sports presenter Kamara:

And the  Sky Sports presenter and pundit appears to have spotted the image as he tweeted out an image of himself wearing construction worker attire with the caption: “Please don’t be alarmed if you see me out & about this afternoon – I am working.”

The original police image caught the eye after being posted online by officers looking for a man suspected of attempting to force his way into a house on Trinity Road in Cleethorpes on June 13.

One Facebook user, Nick Donnelly, wrote “Unbelievable Jeff” in a reference to his Soccer Saturday catchphrase, while another, Ben Horrocks, commented: “Ring Chris Kamara he might help”.

Other Facebook users suggested the image looked like Lionel Richie and the construction worker from the Village People.

Before Chris Kamara became a broadcasting legend, he was known as a tough-tackling midfielder at Portsmouth, Swindon Town, Brentford, Stoke City, Luton Town, Sheffield United, Middlesborough and Leeds United, helping the club to the Second Division title in 1989–90.

In 1994 he joined Bradford City as a player-coach and also managed Stoke City for a spell before he became a broadcaster with Sky Sports and has since appeared as a presenter on numerous other television programmes.