Hasan Hasanov, 58, told the Sun: “I was much more interested in getting a video of Roger Federer in action.” 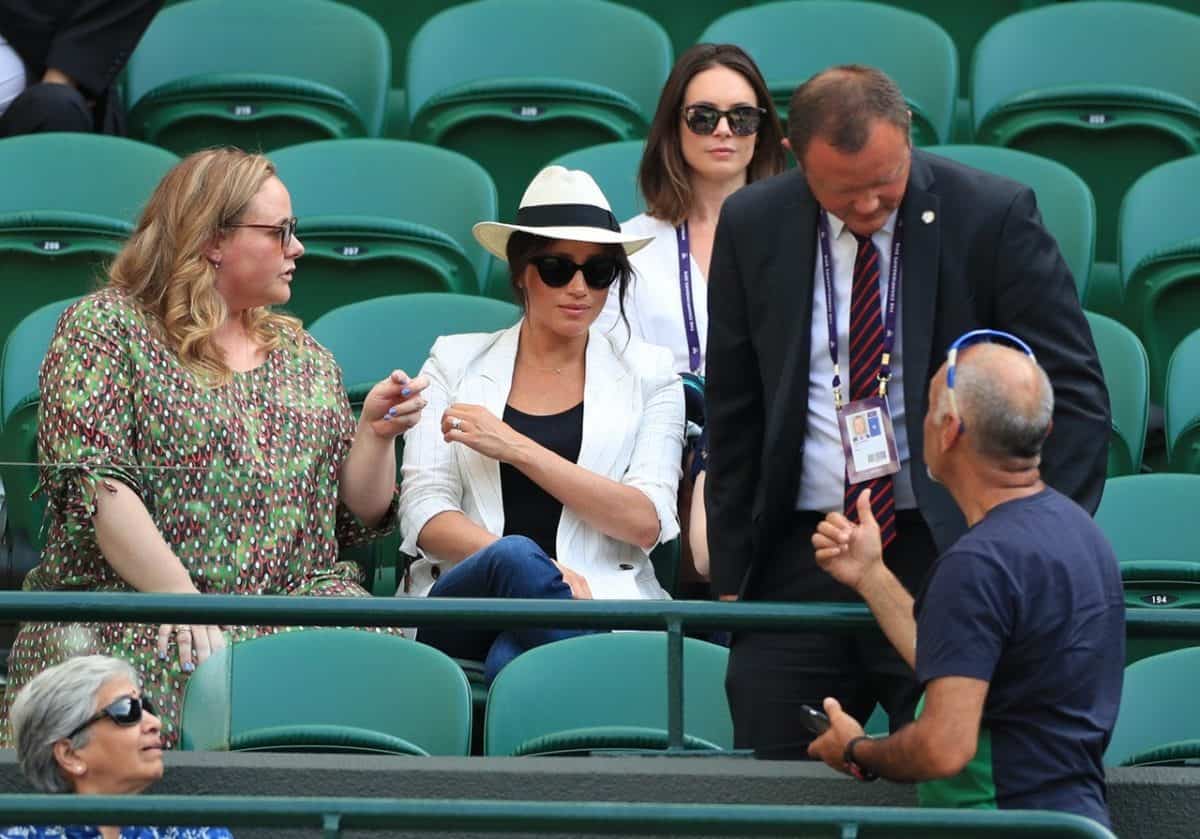 The man allegedly warned by the Duchess of Sussex’s bodyguard not to take her picture at Wimbledon has said he had “no idea” she was there.

Meghan’s impromptu visit to see her friend Serena Williams play last week caused controversy when her royal protection officers told visitors not to take photos because she was there “in a private capacity”.

But one of the tennis fans to get a talking to said he was just taking a snap of himself on his iPhone with Court One in the background.

Mr Hasanov, an engineer, said: “I honestly couldn’t really care less about taking a picture of Meghan, Harry or any of the royals – and, if I did, I’d ask first.

“I was much more interested in getting a video of Roger Federer in action.”

Having queued up since 5am, Mr Hasanov only wanted a picture to send to his wife Olga.

“It seemed crazy to me because all I did was take a selfie to send to my wife,” he said.

“I was in the best seat I’d ever had in 15 years of queuing up for Wimbledon and wanted to show off because she didn’t get out of bed to join me.”

Mr Hassan then left the country for a holiday, and had no idea of the uproar his selfie had caused until his daughter sent him a picture of the front page of the Sun.

Despite his brush with Meghan, Azerbaijan-born is still a royalist.

“I won’t be getting cross about this because – to be honest – I had no idea what was going on until days later. And I’ll stay a fan of the royals,” he said.

When asked about the episode, Williams said she did not read the duchess’s press.

“She couldn’t be a better friend to me. Low moments, high moments, she’s always there,” Williams said.

Meghan will return to Wimbledon on Saturday alongside the Duchess of Cambridge to watch the Williams play Simona Halep in the ladies’ final.

Kate, patron of the All England Lawn Tennis and Croquet Club (AELTC), will also watch the men’s final on Sunday with her husband the Duke of Cambridge.