Frank Lampard says David Luiz did not go on strike and was not ostracised before his surprise departure to London rivals Arsenal. 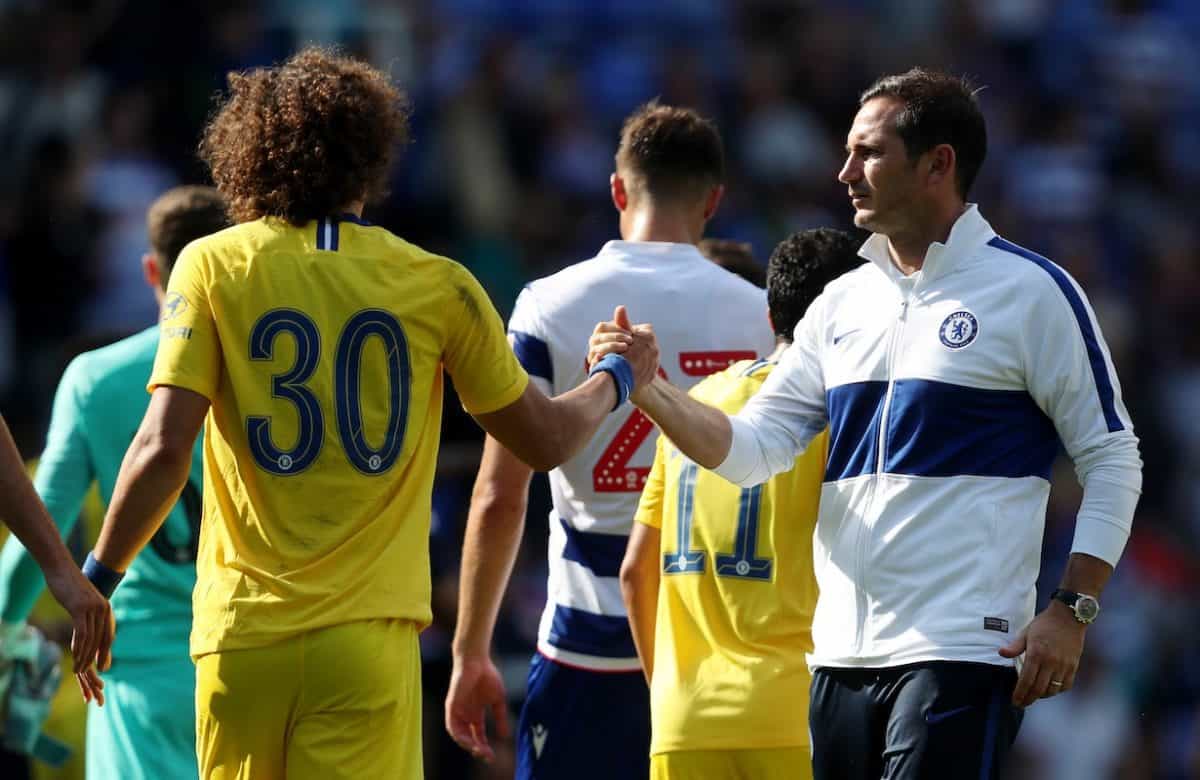 The Brazilian missed a day’s training with Chelsea before completing a deadline-day move to Arsenal.

Brazilian defender Luiz missed a day’s training with the west London club before completing a deadline-day move to Unai Emery’s Gunners for a reported £8million.

The 32-year-old spent six-and-a-half seasons across two spells with the Blues, winning six major trophies, including the Premier League and Champions League.

Lampard, who was a team-mate of Luiz’s during his playing career at Stamford Bridge, said the deal was done on amicable terms.

“We had some conversations over the last week, honest conversations because I know David well. And I think the conclusion of that was that he moved on,” said Lampard.

“There certainly wasn’t any strikes. I’ll make that clear straight away. And in terms of fall-outs, no, there weren’t. There were honest conversations.

“As a player, I always respected honesty from a manager whatever the news. And I think I got that back from David hence why he ends up moving on to Arsenal. There were no strikes.

We have reached an agreement for the permanent transfer of David Luiz to Arsenal.

Thank you for your service and good luck, David!

“The day that David didn’t train was a decision that I made because we were in the middle of this where we were talking and it was quite clear which way it was going. But that was not a strike, or a punishment, or being ostracised at all.

“It was just probably what worked for that day and now we know the deal is done.”

Arsenal had been in market for a centre-back having struggled in that position last term and subsequently sold wantaway Frenchman Laurent Koscielny to Bordeaux.

Lampard, who was unable to strengthen his squad during the transfer window because of Chelsea’s transfer ban, accepts allowing players to join divisional rivals is part of the game. View this post on Instagram

“I don’t think you can always dictate where a player goes, it depends on the situation. This happened close to the deadline day,” he said.

“At that point, David was pretty clear at what he wanted, that Arsenal was the club.

“And then I had to make a decision and we do as a club, of what’s important for us here as well.

“Of course he is a good player, he has gone to a competitor, it’s happened before, it will happen again. That was just how this situation was.”

The 41-year-old, who will make a late call on N’Golo Kante’s knee problem for the game at Old Trafford, said winger Callum Hudson-Odoi is training following an Achilles tendon injury.

England international Hudson-Odoi has entered the final 12 months of his contract and, while Lampard wants the 18-year-old to stay in west London, he says there has been no progress on a potential new deal.

“No, on Callum there’s not. The clubs are talking. We want him to stay, I want him to stay. We hope Callum stays, simple as that,” replied Lampard when asked if there was an update on Hudson-Odoi.

“The better news is that he’s working hard on his fitness and is back out on the pitch, so from my point of view right now that’s the really good news and, of course, as a club we’d like that to be longer term.”

Speaking about Kante’s fitness, he added: “We have Kante fit. Is he match fit is a question that I’ll have to decide right up until the end.”