Frank Lampard bemoaned the “harsh reality” of the Premier League after his Chelsea reign started with a thumping 4-0 defeat at Manchester United on the opening weekend of the season. 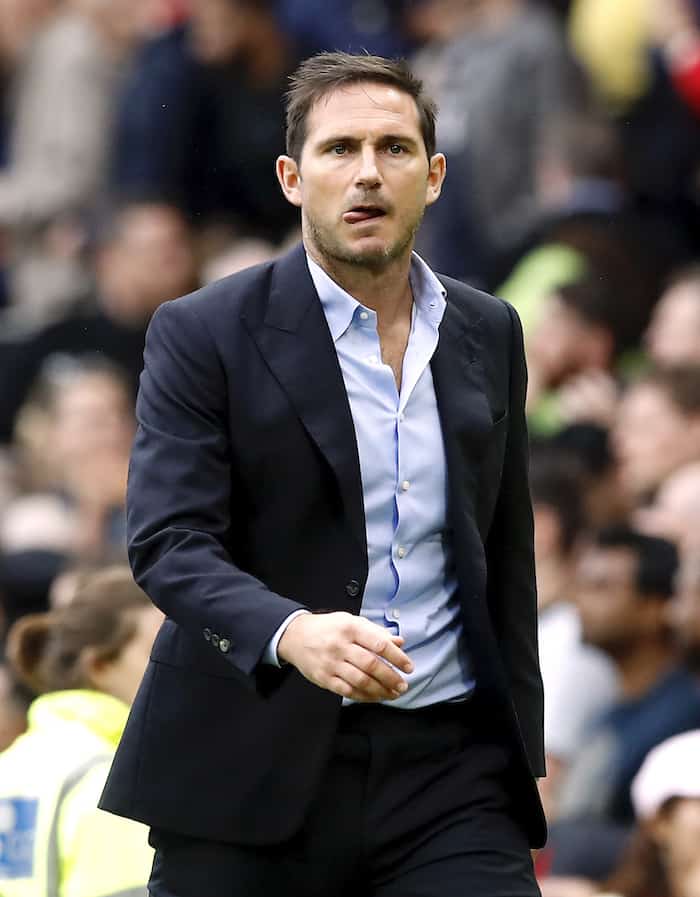 Lampard felt the visitors were the better team for much of the match at Old Trafford.

A Blues line-up featuring several players light on top-flight experience started brightly at Old Trafford, where both Tammy Abraham and Emerson hit the woodwork, but they trailed at the interval to Marcus Rashford’s penalty.

Anthony Martial doubled United’s advantage after the hour mark before further strikes from Rashford and substitute Daniel James gave the hosts victory by a margin that somewhat flattered them.

Chelsea had the lion’s share of possession and more shots at goal but were ultimately left reeling from their heaviest loss to United at Old Trafford since 1965.

Head coach Lampard said: “We were clearly the better team for 45 to maybe 60 minutes. What was evident was that we made individual errors which led to four goals out of their five shots (on target), there’s the harsh reality for us.

“If we go in at half-time 2-1 or 3-1 up, as we probably should have done, if we were more clinical and had maybe a stroke of luck here and there, the game would be completely different.

“Football is won and lost in the boxes. They won in our box by being clinical.

“We had so many more shots than them and attacking entries and getting high up the pitch. That was where we let ourselves down in not putting the chances away.

“It’s quite hard to talk about it after 4-0, you can sound stupid but anyone who watched the game would have seen that. We gave them clear opportunities to score and they took them.”

Lampard bristled at those questioning his starting XI, insisting he was limited because of injuries to first-team personnel such as Antonio Rudiger and Willian, while a knee issue relegated N’Golo Kante to a cameo appearance.

Chelsea’s all-time record goal-scorer had been immediately hindered on his appointment last month by the club’s transfer ban over the summer – a factor the former England midfielder highlighted.

He added: “I can’t drag people out of the medical room to play.

“Let’s be clear: with the injuries we have at the minute, with the fact we couldn’t bring in players, this is going to be a work in progress to a degree. We will have to learn harsh lessons and correct them pretty quickly.

Not the start we wanted. ?#MUNCHE

“There were lots and lots of elements to the game that I liked, there were four or five elements that I didn’t like and they were fatal for us.

“We can’t run away from the fact that we know where we’re at – we couldn’t bring in players. Most managers at a club like Chelsea can bring in players to change the way they want to play, to bring in quality, etc.

“But we can’t. I’m not going to complain too much about that – I want to work.”

Manchester United manager Ole Gunnar Solskjaer admitted his side had their moments of fortune throughout the contest, particularly in the first half.

Yet he feels there is still plenty more to come from United as the season progresses.

The Norwegian said: “You take a win because it’s about points first. The second-half performance was very pleasing. That was the big plus coming into half-time because we were a bit lucky.

“They pinned us back and created chances but we settled a few nerves.

“We’re still a work in progress, we still know we’re not anywhere near the finished article and we have got loads of improvements to be made.

“But we have found a way we want to play. We took risks but that’s the way here, you’ve got to go for it, risk and reward.”