A pitch invasion from the away fans followed Connor Goldson’s stoppage-time header. 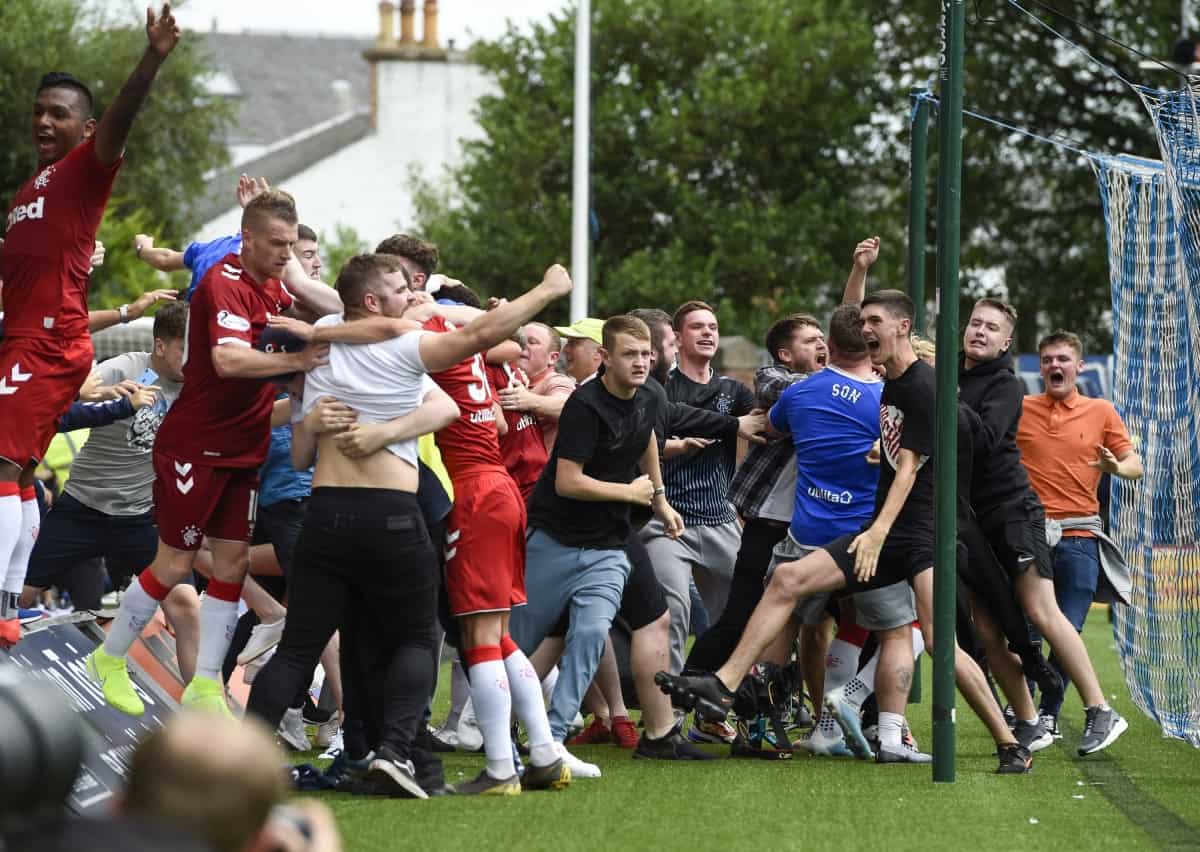 A pitch invasion from the away supporters followed Connor Goldson’s stoppage-time header, which secured a 2-1 Ladbrokes Premiership victory for Rangers at Rugby Park.

TV footage appeared to show three fans climbing on to the disabled fans’ shelter, which collapsed as the jubilant fans jumped up and down following the winning goal.

Following the game, Police Scotland revealed that four men were arrested on suspicion of breaching the peace, while one man was injured and needed treatment following the collapse of the roof during the stoppage-time celebrations.

A spokeswoman for the force said: “An investigation is under way following a pitch incursion at the Kilmarnock versus Rangers match on Sunday, August 4 2019.

“The incident resulted in the roof of a shelter collapsing and one man being injured.

“He received medical treatment at the ground and our enquiries are ongoing.

“Four men were arrested in connection with breaching the peace.”

Kilmarnock are also investigating after witnesses reported Rangers fans being “crushed” trying to get into Rugby Park due to issues with the turnstiles.

The away end was only approximately three-quarters full at kick-off but, by the dramatic conclusion of the game, Rangers fans could be seen sitting and standing on the stadium’s stairs and entrances to the terraces.