The Magpies are reportedly on the verge of being sold to a Saudi-backed consortium which involves Crown Prince Mohammed bin Salman for around £300m. 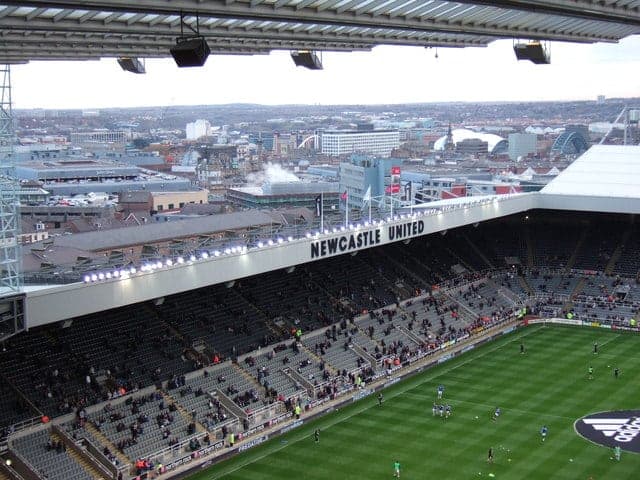 Amnesty International has written to the Premier League saying it “risks becoming a patsy” unless it takes a serious look at Saudi Arabia’s human rights record with regard to the takeover of Newcastle.

The north-east club are reportedly on the verge of being sold to a Saudi-backed consortium which involves Crown Prince Mohammed bin Salman for around £300million.

It was reported on Tuesday that a non-refundable deposit of £17million has already been paid to current owner Mike Ashley as part of the deal.

The Premier League must decide if the new owners meet the criteria in its owners and directors test, and Amnesty insists unless the league provides thorough justification for its decision to approve the takeover, it will damage its own reputation.

In a letter from Amnesty UK director Kate Allen to Premier League chief executive Richard Masters, she wrote: “So long as these questions (concerning Saudi Arabia’s human rights record) remain unaddressed, the Premier League is putting itself at risk of becoming a patsy of those who want to use the glamour and prestige of Premier League football to cover up actions that are deeply immoral, in breach of international law and at odds with the values of the Premier League and the global footballing community.”

Saudi Arabia has been heavily criticised over its human rights record, with Amnesty pointing to the imprisonment and torture of government critics and the execution of others following unfair trials.

In a statement separate to the letter sent to Masters, Allen said: “The coronavirus crisis has already thrown a spotlight on football and its need to treat players and staff fairly, and now there’s a danger that the pandemic could obscure the need for a cool, measured and genuinely ethical decision over this Newcastle deal.

“All businesses need to safeguard against any possible links to human rights violations, and English football is no different.

“This is more than just a financial transaction – it’s an image-building exercise that draws on the prestige of the Premier League and the passion of Newcastle United’s fanbase.

“Whether or not this deal goes ahead, we’re calling on Newcastle United staff and fans to familiarise themselves with the dire human rights situation in Saudi Arabia and be prepared to speak out about it.

“At the very least, the Premier League should make a clear statement over how its owners and directors test has been applied in this case, and what assessment has been made of Saudi Arabia’s human rights record under Mohammad bin Salman’s leadership.”

The Premier League’s owners and directors test assesses the suitability of would-be buyers on a set of established criteria.

The rules allow the league to consider whether the buyers have the means to fund the club, and examine any criminal convictions in the UK or overseas.

Asked about the possibility of a Saudi takeover of Newcastle in early February, Masters said: “The owners and directors test is about as private and confidential a test as it comes, so it is impossible for me to comment on what the conclusions of the Premier League board would be in such a scenario because it is hypothetical.

“There are a set of objective tests which are financially related and there are also tests – and again, I am not linking this with anybody – about crimes committed overseas or activities which might be seen as criminal in this country might be taken into account.

“But that is part and parcel of the test. That is an objective test.”

Outside of those comments from Masters more than two months ago, the Premier League has not made any comment related to the proposed takeover of Newcastle.