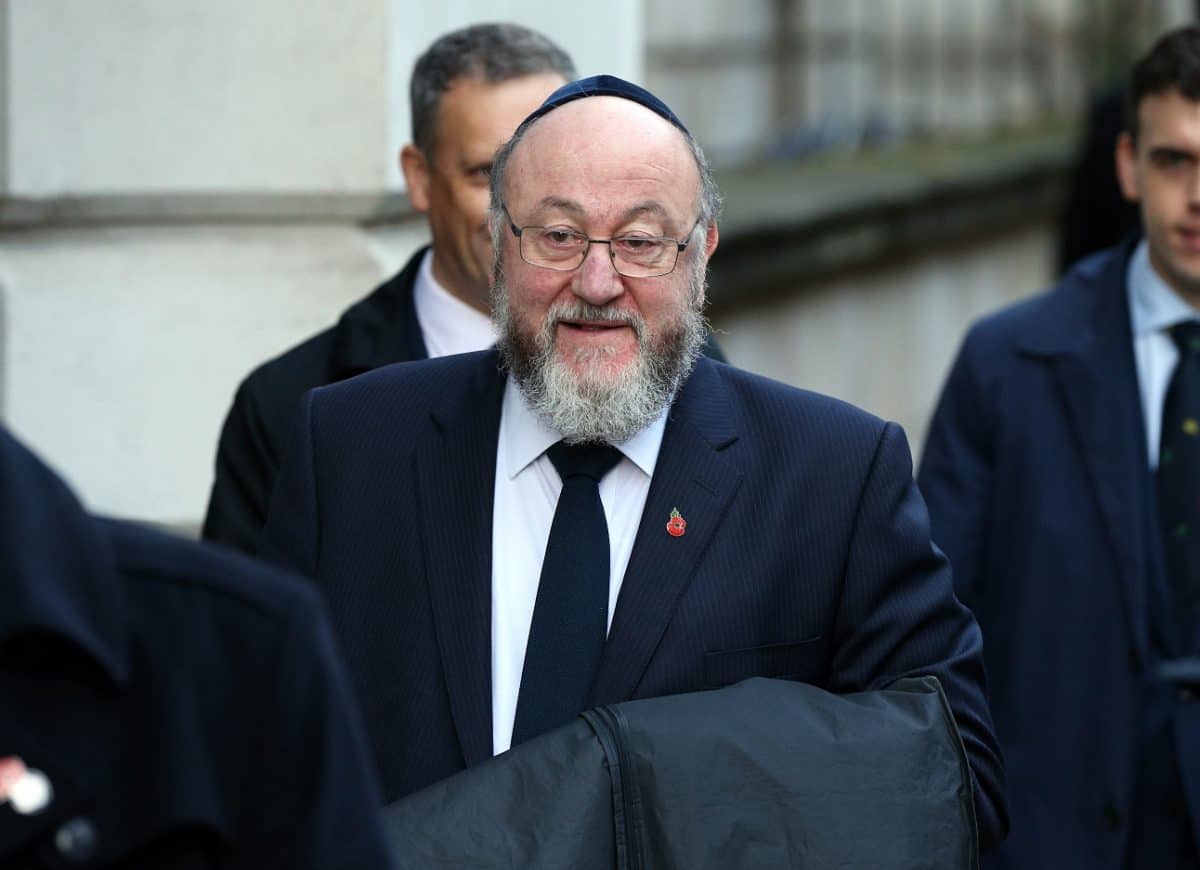 Britain’s Chief Rabbi has welcomed the commitment of new Labour leader Sir Keir Starmer to root out anti-Semitism in the party.

Ephraim Mirvis, who sharply criticised Jeremy Corbyn over what he said was his failure to tackle the issue, said it was “heartening” that the task of rebuilding trust with the Jewish community had begun.

Sir Keir offered his solidarity in a personal call to Mr Mirvis to mark Yom Hashoah, when Israel commemorates the victims of the Holocaust.

Writing on Twitter, Mr Mirvis said: “I welcomed hearing directly of his commitment to take the necessary action to root out anti-Semitism from the Labour Party as a top priority.

“It is heartening that the task of rebuilding the Jewish community’s trust in the Labour Party has begun.”

Sir Keir said he welcomed the opportunity to express his solidarity with the Jewish community on such a solemn occasion.

Mr Mirvis angered some in Labour when he launched an outspoken attack on Mr Corbyn during last year’s general election campaign, dismissing his claims to be tackling anti-Semitism in the party as a “mendacious fiction”.

In an explosive article for The Times, he said: “A new poison – sanctioned from the very top – has taken root in the Labour Party.”

His claims were rejected at the time by Labour, which insisted Mr Corbyn was a “lifelong campaigner against anti-Semitism” and that such prejudice had no place in the party.

Sir Keir’s call to Mr Mirvis will be seen as a further distancing by him from the legacy of the former leader.