VAR will continue to irk people until the laws of the game catch up with the changes to the way it is officiated. 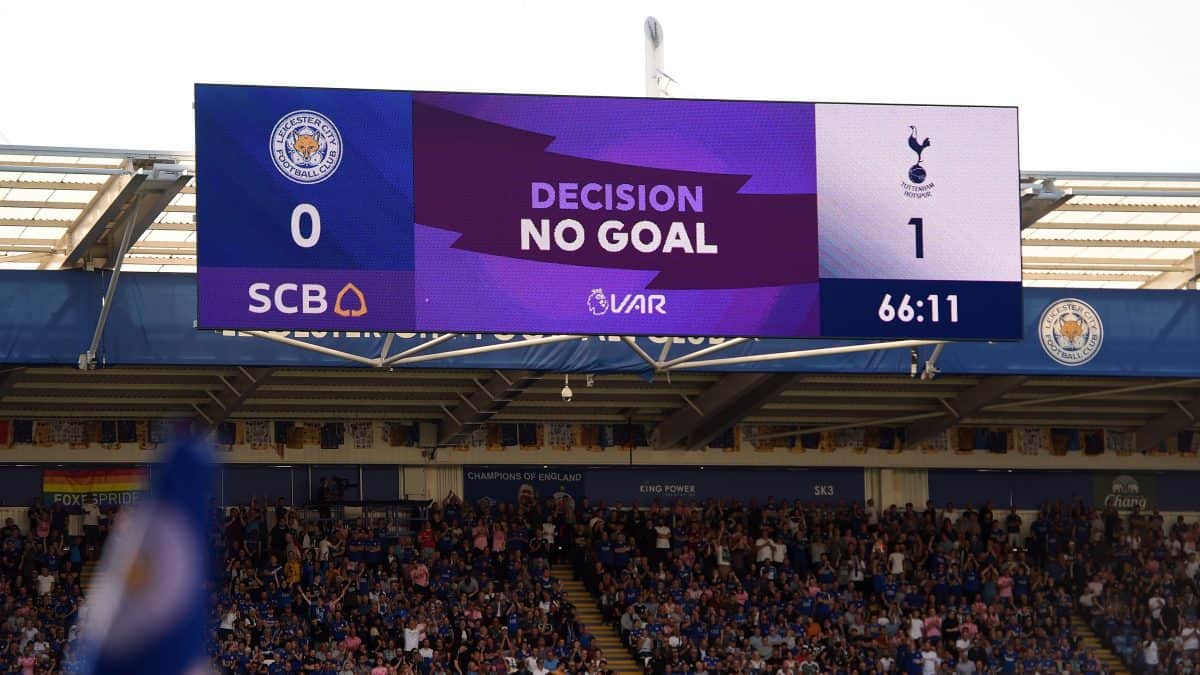 An elbow and a kneecap were all that it took for two crucial goals to be ruled out by VAR in the Premier League this weekend.

Both Son Heung-min for Spurs and Mason Mount for Chelsea were adjudged, on reflection, to have strayed offside by a matter of millimetres in the build-up of two would-have-been goals.

The Telegraph’s Keith Hackett said the decisions undermined the “spirit of the game” by denying attacking teams the advantage in favour of accuracy and consistency.

But them’s the breaks.

As Gary Neville pointed out the technology got it right. We can’t just make it subjective in millimetre cases, either the player is offside or he isn’t.

But it does raise some interesting questions over whether the offside law has become outdated since the introduction of new technology.

The rule was first brought in to prevent “goal hanging”, where players would stand close to the goal waiting for the right opportunity.

Noting the impact this might have on the quality of the game, governing bodies introduced in 1863 a rule that at least three players (including the goalkeeper) had to be in front of the striker in order for them to stay onside.

That was diluted in 1925 to two players and in 1990 to make it ‘level’ with the second-to-last player, which gave birth to the famous Arsenal trap which was immortalised so neatly in The Full Monty.

But it was in 2005 that the most radical change came.

It was clarified, among other things, that a player is offside only if a part of his body with which he is legally able to play the ball is beyond the penultimate defender.

The purpose was to make the official’s job easier and also shift the benefit of any doubt further in favour of the forward – elements which have been lost, I would argue, with the introduction of VAR.

Both Heung-min and Mount were adjudged to have been offside because parts of their body were offside, but with technology that empowers officials, surely these laws are now redundant?

VAR is undoubtedly going to irk more people until the laws of the game catch up with the changes to the way it is officiated.

The solution is to update our rules, not bemoan technology which is doing its job perfectly well.

Related: Liverpool manager is one of many famous faces transforming city centre