RelatedPosts Despite international headwinds, Japan is on track for the Olympics ‘Crystal Palace Pandemic of Apathy’ – Are fans correct as they take on Brighton? Leicester and Maddison show their winning personality as they face Liverpool Super Bowl LV: Bucs vs Chiefs and Brady vs Mahomes Sport News 24/7 By Chris Ogle In no other […]

Sport News 24/7
By Chris Ogle
In no other country in the world does the casual Saturday punter embrace the football accumulator like the UK does. In a straw poll of the nearest 15 people in my office, 14 of them had done at least one accumulator in the past four weeks.
The promise of nailing thousands of pounds for a few quid tempts even the most infrequent of punters. We Brits love them and they are going nowhere in a hurry. However, this cynic suggests you should find an alternative way to get involved on a Saturday.Let’s take an average coupon from one of the UK’s biggest bookmakers, Ladbrokes. The ‘Magic Sign’ offers odds in store on just about any professional football game going, and their average overround is 111 per cent. For the non-technical gambling terminology folk amongst us that means that for every £111 Ladbrokes take on that game, they will only pay out £100 assuming an even spread of bets, netting Ladbrokes £11 for each £100 staked on that game.Once you venture into accumulator territory, this is where things get juicy for the bookies.Accumulators exponentially expand the bookies’ margin for each game added. Come again?

Look at it like this. Let’s take an eight game accumulator, where each selection is even money (double your money for a single bet) with the absolute best price on the internet or on the exchanges (Betfair etc). Assuming this is a realistic possibility of the teams winning, that would mean the correct odds of return should be 2x2x2x2x2x2x2x2 = 256 or 255/1 for all eight of the teams winning.

This example isn’t exclusive to Ladbrokes. All bookmakers who run accumulators will run to a margin. Most in-store bookies are approximately ten per cent margin per game, with online approximately seven per cent per game.

Those that ready my August article (The Beginners Guide to Betting) will be aware how lucrative even a three per cent margin can be for the house. In this example, it is over 100 per cent.

There are alternative ways to put football accumulators on, with better margins, but the concept is still the same. The more teams you put in, the more meaty you make the bookies margin.

Give yourself a chance. Shop around, find your absolute best bet at the best price and stick to singles and doubles. You’ll be better off in the long term. 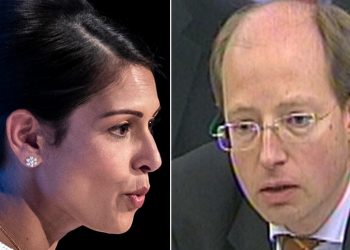