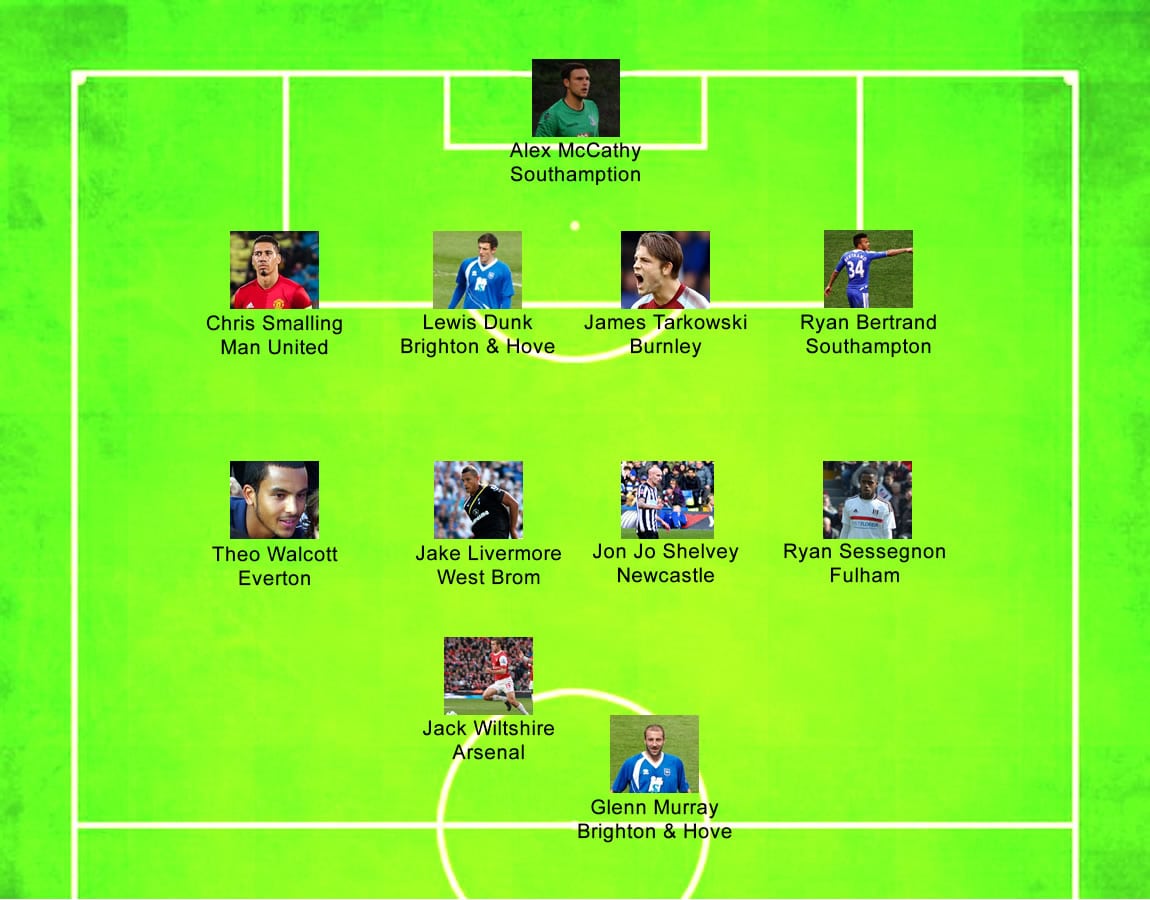 The age-old arguments rumble on. Are some players simply unfashionable? Does it mean you’re a better player simply because you play for a better club? Do some players get in the team by reputation rather than performance?

As England prepare for their final friendly against Cost Rica on Thursday, we’ve picked eleven players who didn’t make the World Cup squad who we think could be better than the first XI.

These players are all fit, available, and have been overlooked by Gareth Southgate for this summer’s World Cup.

Do you think they would be better than the real thing, or would they get stuffed by Kane and the current bunch?

Let us know what you think, and if we’ve missed anyone from the team-sheet…

It was a toss up between the experience of Joe Hart, or the form of Saints stopper McCarthy. McCarthy edges it due to his awesome form since replacing Fraser Forster. He was instrumental in keeping Southampton in the Premier League and will be gutted that Jack Butland, who had a poorer season than him, was picked ahead of him.

Whilst Manchester United have picked up the ‘dull’ tag this season, one thing you can’t criticise is their defence. Man U only conceded 28 goals in the Premier League, and Smalling’s performances have been solid after a shaky start to the season.

Look no further than Burnley for a defensively solid team that doesn’t ship may goals. The big centre-back has been instrumental to Burnley’s seventh place success this season and is another who is unfortunate to miss out on the squad. Burnley conceded the sixth fewest goals in the Prem this season.

He is perhaps the unlikeliest of all the players who missed out on the squad. Only the form of Ashley Young and Danny Rose kept him out of the squad. Bertrand was one of only a couple of stand out players at the Saints this year. He also played in every single Premier League match.

Despite West Brom’s woes this season, Livermore was one of the only shining lights. He was heavily touted with a call-up, especially having been in every Southgate squad until now.

Theo Walcott is the epitome of an unfashionable player at an unfashionable club. Walcott played very well for Everton after joining them from Arsenal in January. He scored goals, stayed fit and helped the beleaguered team achieve an eight placed finish. Not bad for a club with unhappy fans who protest about the manager every week (although he’s used to that!).

Shelvey has a range of passing and vision matched only by Wiltshire. He’s been instrumental in Newcastle’s 10th Place finish (an astonishing feat given the squad and financial limitations at the club), but continues to be overlooked by Southgate.

Ryan Sessegnon is the exciting young teenager that has taken the Championship by storm this season. His time will come in the future but he will feel a bit annoyed to have missed out on a place.

Arguably the most talented English footballer of his generation, Wiltshire has suffered with the Darren Anderton (AKA sicknote) injury curse. However, aside from the odd niggle, Wiltshire has spent most of the past two seasons on the pitch. His early season performances were brilliant, but a slight dip in intensity has seen him omitted from the squad. Will England live to regret his absence.

Outside of Jamie Vardy and Harry Kane, Murray has been the most prolific English striker in the division this season scoring 14 goals from 38 appearances. Not only that, but Murray is a workhorse, tackling, blocking and defending from the front.

Talking of unfashionable players, could Southgate have convinced James Milner to come out of retirement? The underrated and under-appreciated workhorse has had a fantastic season for Liverpool. Long the favourite of managers and fellow players, could the fans finally realise that players like Milner are essential to every team?