Sport News 24/7 By David de Winter – Sports Editor @davidjdewinter  @TLE_Sport Well, what a busy couple of days it has been at the ECB headquarters.  I say busy but given the soap opera-esque goings-on at the ECB for the past two years it just seems like another day at the office.  First they sack […] 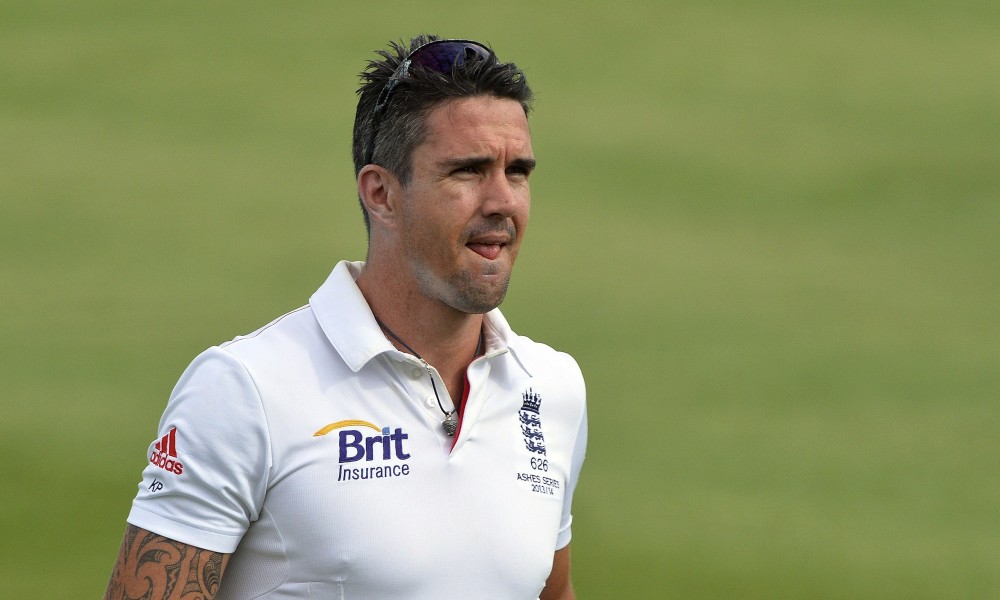 Well, what a busy couple of days it has been at the ECB headquarters.  I say busy but given the soap opera-esque goings-on at the ECB for the past two years it just seems like another day at the office.  First they sack the coach, Peter Moores, and then, having seemingly offered exiled star batsman Kevin Pietersen a possible route back into the national team (and who scored 355 in his most recent innings), new director of cricket and ex-England captain Andrew Strauss explains that Pietersen will not be returning to the side due to “trust issues.”

Whilst initially it may sound as if Strauss is breaking up with a cheating ex-girlfriend (the ECB desperately needs to hire a decent PR company), there is no love lost between the two former captains.  Pietersen was dropped in 2012 for sending derogatory messages about Strauss to members of the touring South African squad.  This was all linked to the now infamous KPGenius parody twitter account which Pietersen himself claimed was being operated from inside the dressing room.  For his part, Strauss was caught calling the South African born batsman an “absolute c*nt” whilst commenting last year.  So far, so hostile.

But is Pietersen even worth his place in the side?  In a word: yes.  I was privileged enough to sit and admire KP’s innings at the Oval on Monday (unfortunately I had to leave at tea, before the real fireworks began) and I was struck not only by his maturity but also his desire.  For the first session he played within himself, content to nudge and nurdle his way to three figures without feeling the need to belt every ball for four.  He eventually celebrated his century as if it was his first (it was actually his 50th in the first-class game).  As the rest of the Surrey team faltered (no other batsman passed 36) Pietersen was rock solid in defence and brutal in attack.  He was ostensibly head and shoulders above everyone one the field – so much better that it almost seemed unfair on the Leicestershire bowlers.  Out of the Surrey total of 557, Pietersen had scored 355 – a staggering 63.7% of his side’s runs.  If there were questions about whether he was still good enough – he has answered them emphatically.

So if Pietersen is good enough to still play for England, why don’t they pick him?  Barring injury to one of Gary Ballance, Ian Bell or Joe Root, there seemingly isn’t a place for him in the Test side (in my humble opinion Pietersen is so good that he simply has to play and someone must make way for him, but this is very unlikely).  However, the one-day and T20 teams are crying out for someone like KP.  His experience and vast knowledge of limited-overs cricket would be invaluable to up-and-coming players like Surrey’s Jason Roy, Sam Billings of Kent and Nottinghamshire’s James Taylor.

Nevertheless Andrew Strauss didn’t even mention whether KP was still good enough to play for England (an indication that he obviously is).  Instead, Strauss cited “trust issues” – but what does this really mean?  Effectively, Pietersen is disliked by the hierarchy of English cricket and given that they pick the man who picks the team, his return to the international fold looks less and less likely with each passing day.  The ECB’s agenda since ‘sacking’ the Surrey star has been vehemently anti-Pietersen as exemplified by their recent appointments – Peter Moores as coach (with whom Pietersen fell out in late 2009 when captain, resulting in them both losing their jobs) and recently, Andrew Strauss as director of cricket.

Both Michael Vaughan and Alec Stewart (current director of cricket at Surrey) were interested in Strauss’ role but were both (allegedly) put off by the ECB’s insistent stance on Pietersen (Vaughan and Stewart are well-known admirers of Pietersen).  Instead the ECB chose another establishment figure who would dance to the tune of their propaganda machine – Andrew Strauss.

Strauss explicity stated “There’s a massive trust issue between Kevin and I.”  Great.  Thanks Andrew.  What has that got to do with winning cricket matches?  It comes across as if Strauss’ (and the ECB’s I’d imagine) personal grievances towards Pietersen are a major, if not the sole reason for his exclusion from the national team.  If that is indeed the case (I doubt we will ever find out but I’m taking an educated guess) then it is scandalous, bordering on the corrupt.

How can it be that the best batsman this country (all right, South Africa technically) has produced for a generation and England’s leading run scorer in international cricket is barred from representing his country because he is unpopular with a few select people (who happen to run the game in this country)?  This favouritism was meant to be the stuff of yesteryear, consigned to the bad old days before central contracts.  Cricket is meant to be a meritocratic sport.  Yet here is Strauss – a classic establishment figure – dictating who can and can’t play for the national team based not on ability but on whether they are liked by the people in charge.  It is behaviour that would look out of place on a primary school playground, let alone a national governing body.

And what a brilliant example it sets for aspiring young cricketers.  It is effectively stating that if you go about your business a bit differently and you don’t toe the party line or are disliked by the people in charge, that you are going to have problems playing for your desired cricket team even if you are good enough.  This is surely discrimination.  Therefore it is simply going to encourage middle-of-the-road cricketers who will be afraid or discouraged from doing anything out of the ordinary.  This innate conservatism is rife within the English game (and within English sport in general) and is an enormous reason why England failed at the World Cup and will continue to fail unless their approach changes drastically.

From the World Cup debacle it was clear that the English cricket had to move in a new direction.  Immediately after the tournament there was an opportunity to cast Moores aside, clean the slate and start afresh with a new coach and director of cricket who would maybe think outside the box a little.  But no.  Establishment figure Andrew Strauss was given the nod – he who is chummy with all the executives at the ECB and who, rather conveniently has an anti-Pietersen agenda – all because the ECB and English sport is afraid of the talented maverick.

In my lifetime (since 1988), the two most talented footballers England has produced (in my opinion at least) are Matthew Le Tissier and Paul Gascoigne.  Neither of them made the most of their supreme gifts for the national team.  Gascoigne himself is partly to blame for this but Le Tissier was always seen as a luxury player in the eyes of the English footballing public and enormously under-appreciated (rather like another flair player – Glenn Hoddle).  If Le Tissier had been French, Spanish, Portuguese, Italian, or South American even, he would have won way more than the meagre 8 caps he did for England.  The reason?  These teams recognise such talent and allow it to thrive.  In such countries, audacious flicks, tricks, passes, dummies, are all encouraged – celebrated even.  Players such as Juan Roman Riquelme, Andrea Pirlo, Xavi, Francesco Totti however would be stifled in England.

Such ability is widely derided in this country almost as if it is a burden – if a player tries something fancy and it doesn’t come off then he will be chastised by the crowd, his teammates and the coaching staff.  Next time he will more likely go for the safe option, the easy pass.  Slowly his natural footballing intuition is taken over by conservatism until he becomes a generic player, devoid of footballing instinct and flair.

This is why the county’s cricket establishment is so mistrusting of Pietersen.  They know they can’t control him – because he is inherently South African and not English.  Ironically this is what makes him such a successful cricketer.  Pietersen’s demeanour is cocksure, arrogant – he has a certain swagger about him – characteristics that are totally at odds with the self-effacing Englishman.  I have no doubt that he can be a difficult teammate to play with.  That it is not his job though.  His job is to be the best he can be and through that, win as many cricket matches as he can for his side.  The ECB’s director of cricket’s job is to pick the 11 best players available for the national side to give them the best chance of winning.  If he were to reign in his natural characteristics he would lose his effectiveness as a cricketer.  Yet because KP has rubbed a few influential people up the wrong way, the career of the greatest English batsman of his generation is over.

And herein lies the answer.  If you were to ask any Australian bowler which Englishman they would least like to bowl to, the answer would be almost unanimously Kevin Pietersen.  Nevertheless the ECB and Andrew Strauss are stubbornly refusing to accept they made a mistake in sacking the Surrey batsman to such an extent that they are willing to exclude the country’s best batsman, to the detriment of the team, simply to save face.  All they need to do is swallow their pride.  However pride is clearly more important to the ECB than a successful England cricket team.  Until this attitude changes the future of the national side will continue to be very bleak.

If you, dear reader, feel that Kevin Pietersen has been unjustly ousted from the England cricket team’s reckoning, please visit this page:  www.change.org/p/england-and-wales-cricket-board-we-want-the-reinstatement-of-kp-to-the-england-cricket-team