The Serb tennis star said he made an "error of judgement" in not isolating after testing positive last month. 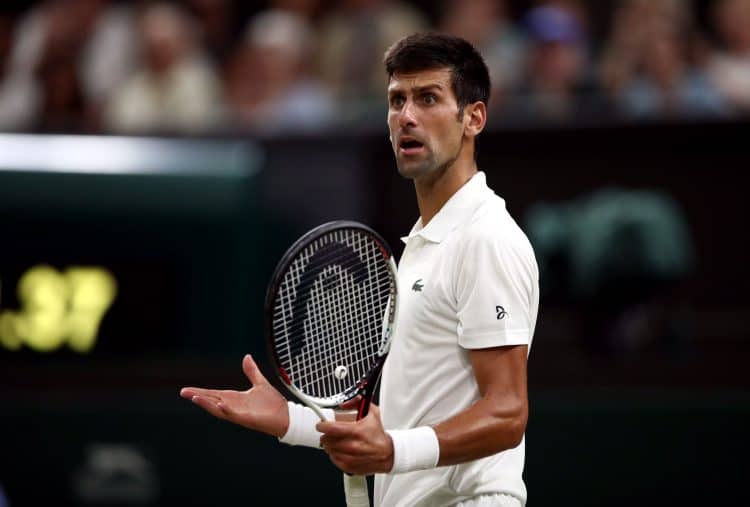 Novak Djokovic has said he made an “error of judgement” by attending an interview with a French journalist after testing positive for Covid.

The Serbian tennis star added that “human error” was behind a mistake on his Australian entry documents that breached the country’s strict travel rules, as the government decides whether to deport him.

Djokovic was held in an immigration detention centre in Melbourne for several days after his visa was cancelled by border force officials, who queried his medical exemption from a require to be vaccinated for Covid.

He was eventually released on Monday, after a judge ruled it was “unreasonable” to cancel the visa because he had not been given time to consult with lawyers and tennis officials after arriving in the country.

Speaking on Wednesday, Djokovic said his travel declaration had included an “administrative mistake” by his support team, when they ticked the “no” box in response to whether he had travelled elsewhere in the fortnight before arriving in Australia.

“This was human error and certainly not deliberate,” Djokovic wrote on Instagram. “We are living in challenging times in a global pandemic and sometimes these mistakes can occur.”

Elsewhere in his statement, Djokovic apologised for attending an interview with L’Equipe interview and photoshoot on 18 December – the day after he tested positive for Covid-19 for the second time.

The French newspaper has revealed that Djokovic refused to remove his mask during the half-an-hour interview – but did pose maskless for several photographs.

“While I went home after the interview to isolate for the required period, on reflection, this was an error of judgement and I accept that I should have rescheduled this commitment,” Djokovic said.

But he denied media reports that he also knew he had contracted the virus when he attended a tennis event in Belgrade a day earlier.

“I was asymptomatic and felt good, and I had not received the notification of a positive PCR result until after that event,” he said, adding that a rapid test taken before the event came back negative.