By Rob Mchugh  @mchughr  @TLE_Sport It is with great sadness that I write this piece, but it is on a subject which has struck a personal chord with me, and is a cause which I firmly believe should receive all the attention possible.  On Sunday May 3rd, the world of Rugby League (and sport in […] 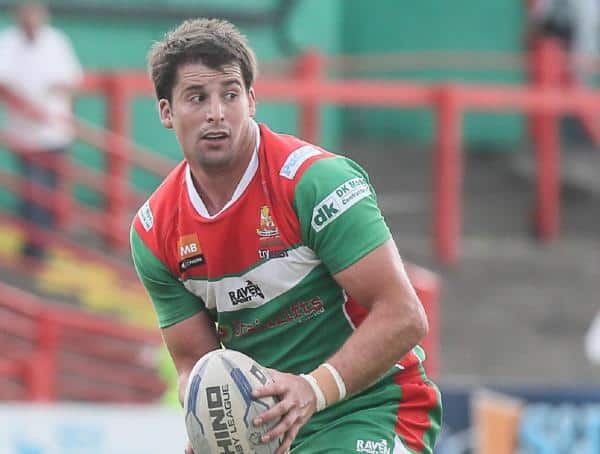 It is with great sadness that I write this piece, but it is on a subject which has struck a personal chord with me, and is a cause which I firmly believe should receive all the attention possible.  On Sunday May 3rd, the world of Rugby League (and sport in general) suffered the tragic loss of Danny Jones, who died of a heart attack during a match.  Danny Jones, who was playing for Keighley Cougars, complained of having shaky legs in the warm up for the match, before collapsing after being substituted and later was pronounced dead in the Royal Free Hospital, leaving a wife and five month old twin daughters.

Keighley Cougars are my hometown club, and some of my earliest memories came at Cougar Park (or Lawkholme Lane to an older audience) at the peak of “Cougarmania” in the mid-90’s.  In fact, I was planning to attend the game at the home of the London Skolars this weekend had I not been in Keighley visiting my parents.  Although the club has faded somewhat since then, it was truly pioneering at the time, introducing many features which are now commonplace throughout sport, not only in Rugby League.

The Rugby League community has showed, in the wake of this tragedy, how close knit it really is.  A Just Giving page was created in response, with a target of £1000.  At the time of writing, it has reached £49,043.30; and a glance down the page shows donations from fans of all clubs who have been affected by Danny’s death.

Keighley Cougars have also responded by naming the main stand of their ground “The Danny Jones Stand”, and have also retired the number 6 shirt as a mark of respect.  The club are also expecting a significantly increased gate for this weekend’s game against the Coventry Bears, with the club donating 1/3 of the gate receipts to the fund set up in Danny’s honour.

Several high profile players, including Kyle Amor, Adam Cuthbertson and Craig Huby, have also shown their support to the fund by pledging to shave their hair and beards.  If you wish to donate to the fund, you can find the link here https://www.justgiving.com/dannyjones29 .

Going forward, something must change in the world of Rugby League, to help prevent further tragedies such as this occurring.  Tony Tonks, the Sheffield Eagles forward, is the chief executive of a charity called “Heartbeat of Sport”, which is campaigning for compulsory ECG’s at all levels of rugby league.  This is an absolute necessity if the sport is to prevent this tragedy from occurring in the future.

I would urge anyone who can to attend the game in Keighley, to pay tribute to Danny Jones and his family.  The life of a lower league rugby league player is incredibly demanding, and they are playing entirely out of passion for the game.  The vast majority of players outside of Super League are semi-professional, and attend training 4 nights a week after a day’s work.

I used to work with a former Halifax winger, who was also a Wales International during the 90’s, representing them in a World Cup.  He would be on the road at 6 a.m. installing lifts throughout the country, before returning home in an evening to train, without any of the rewards that stereotypically come from playing international sport, particularly in one where some of the collisions are equivalent to going through a car crash.  These players should be celebrated, and I know the people of Keighley, and the whole rugby league family, will give Danny Jones the send-off he deserves this weekend.