The Dublin-born batsman was speaking after England won their first Cricket World Cup.

by Ben Gelblum
in Cricket 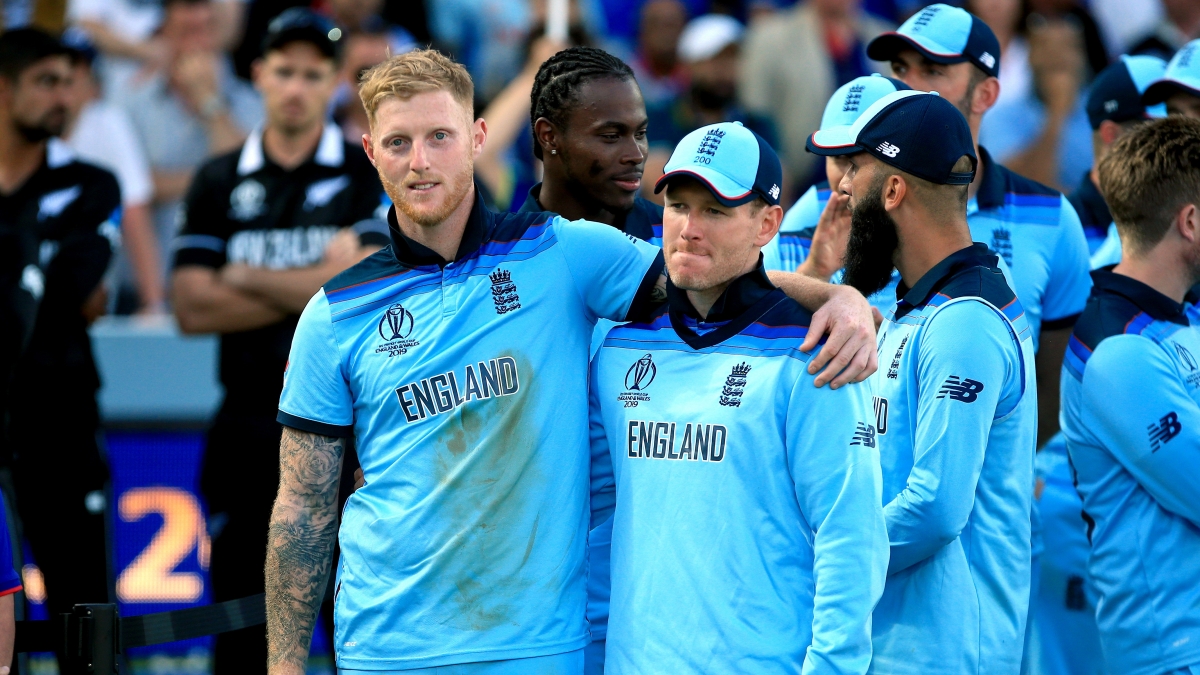 England’s Eoin Morgan hailed the diversity of his World Cup-winning team after the hosts beat New Zealand in the final at Lord’s.

Morgan, who was born in Dublin and switched allegiance from Ireland to England a decade ago, was asked: “Do you think the luck of an Irishman got England over the line?”

His response has since gone viral on social media.

“We had Allah with us as well,” said Morgan. “I spoke to Adil (Rashid), he said Allah was definitely with us. I said we had the rub of the green.

“It actually epitomises our team. It has quite diverse backgrounds and cultures… to actually find humour in the situation that we were in at the time was pretty cool.”

Rashid and Moeen Ali are two Muslims who featured in England’s World Cup triumph, while the team includes several players who were born in other countries.

Bowler Jofra Archer is Barbados-born to a Liverpudlian father, all-rounder Ben Stokes was born in New Zealand, and batsman Jason Roy was born in South Africa.

Independent MP Nick Boles praised Morgan’s comments on Twitter, saying: “Listen up Boris Johnson and Jeremy Corbyn: this is the spirit of the country you seek to lead.

“We saw it during the 2012 Olympics and we saw it this summer during #CWC19Final Our country is so much better than either of you.”

Irish premier Leo Varadkar meanwhile tweeted: “It’s a wonderful feeling to see an Irishman and Dubliner @Eoin16 lifting the Cricket World Cup. A proud day for all of us. Congratulations Eoin Morgan and England.”

However, politician Jacob Rees-Mogg was criticised for what Alastair Campbell described as “a silly Brextremist point” on Twitter after England’s victory was confirmed.

The Conservative Brexiteer ultra’s tweet received more than 8,000 comments, many criticising the sentiment of his message.

“Suggest you read replies @Jacob_Rees_Mogg and perhaps instead of making a silly Brextremist point offer congratulations to the Irish captain, the NZ-born Man of the Match and the Barbadian bowler who got it over the line,” tweeted Mr Campbell.