10 June 1998. On a balmy Wednesday afternoon in France, the 16th FIFA World Cup was about to commence. On Auntie Beeb, Des Lynam, he of the moustache, insouciant demeanour and oak-panelled cadence, welcomed millions of viewers to the latest edition. On the pitch, it was Brazil versus Scotland. There were stars everywhere. Cafu, Dunga, […]

by Abeer Sharma
in Football, Sport 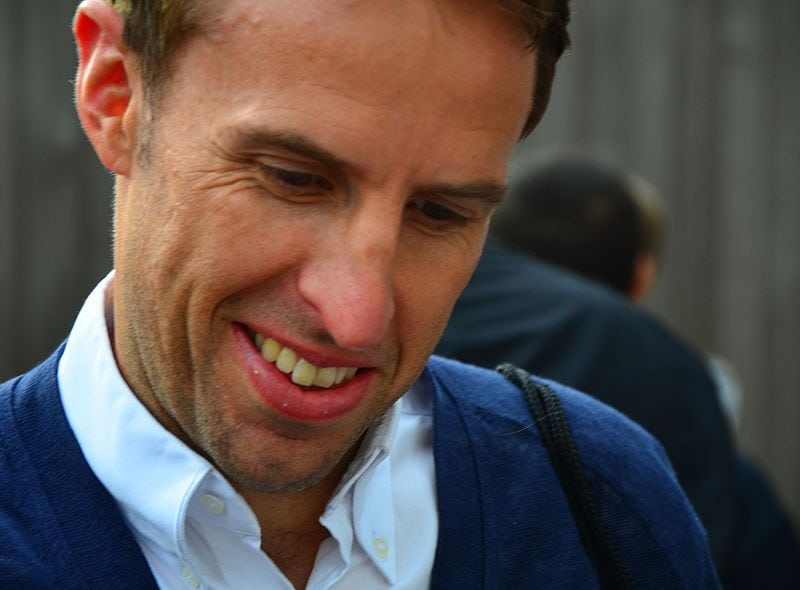 10 June 1998. On a balmy Wednesday afternoon in France, the 16th FIFA World Cup was about to commence. On Auntie Beeb, Des Lynam, he of the moustache, insouciant demeanour and oak-panelled cadence, welcomed millions of viewers to the latest edition. On the pitch, it was Brazil versus Scotland. There were stars everywhere. Cafu, Dunga, Rivaldo, Ronaldo and Colin Calderwood. It was home nation versus the joga bonito nation. It was the fiesta of football.

Except… I was not remotely interested. I was 7 years old and all I wanted to watch was “To Me… To You” hosted by the Chuckle Brothers on BBC2. Forget Bebeto or Bobby Carlos; I wanted my weekly fix of Barry and his bro.

A battle for the television remote with my older brother ensued, before my mother’s canny compromise; my brother could watch the match and we would record the Chuckle Brothers on the VCR for me to watch later on. I sat moodily on the sofa smarting from what felt like defeat, my facial expression set at resting bitch-face expectantly waiting for the tedium to lull me into a post-school nap.

How wrong I was. From that game on, I was a football fan for life.

That World Cup was my prologue to the life of a football supporter, with all the thrills, spills and heartaches that come with it. A whistle-stop tour of these emotions came in England’s dramatic exit to Argentina in the last-16. The awe-inspiring spectacle of boy-wonder Owen’s magic goal, bemusement at Beckham’s red card for the kick at Simone and the denouement of the gut-wrenching exit on penalties.

Watching our heroic lions grieving on the St Etienne battlefield for dreams that had been crushed from 12 yards was painful; very painful. Yet, what felt remarkable was that an England football team that barely registered weeks earlier suddenly inspired such feelings of passion and sadness. As much as the bawling on the sofa hurt, at least I cared, it meant something.

So why, 20 years later and days before the start of the latest World Cup, does the current England team leave me feeling, well… as cold as ice?

There is no question repeated failures have caused fatigue. Supporting England is now a stultifying experience. Thirty years of hurt are now fifty-two. One can observe how the emotions generated by England defeats in major tournaments follow the Kübler-Ross model of the five stages of grief. There was denial in 1998, anger in 2000 (bloody Phil Neville), bargaining in 2002-2004 after narrow losses to Brazil and Portugal, depression in 2006 at the failure of our “Golden Generation” and since 2010, acceptance of our mediocrity.

No nation of repute has met defeat at English hands in a major tournament since Argentina in 2002. The ballast provided by a precocious Wayne Rooney at Euro 2004 aside, there has not been any quality football to celebrate either. Where there was too much excitement and hope, since 2010 expectations sunk to new lows, only for the team’s results to drown with them. Defeat to Iceland at Euro 2016 was the most embarrassing since the United States in 1950, yet it did not feel that way, the overriding sentiment was one of hilarity; we are a laughing stock and we know it, all too well…

What has also changed in the last 20 years is the loss of nexus between the players and the fans. England has only tasted success on one occasion since the first World Cup in 1930-worse than Uruguay. Historically, Brazil, Argentina, Germany, Italy, France and more recently Spain have achieved far more. However, this is not lost on English fans; we know our place in the pecking order. Just give us some enjoyable football, individual moments to savour and a group of players to rally behind and ultimately, we will forgive the inevitability of not winning. That 1998 team which lost in the second round still captures the imagination far more than the tepid sides of the Eriksson era that reached three quarter-finals on the spin.

Hark back to Euro 1996 and you have a group (many of whom also played in 1998) bursting with personality. With the affable El Tel at the helm, you had Adams the leader. “Psycho” Pearce. Sheringham the cockney cad. Fowler and McManaman the scouse scallies. And of course, there was Gazza. The television money from Sky was rolling in and making these men richer than any of their predecessors but they still felt like our mates, like human beings, like one of us. These were excellent footballers that went on a highly unprofessional pre-tournament piss-up for the ages in Hong Kong and still managed to take England to its last semi-final appearance to date.

The game has changed much since. Money in the sport has lost all sense of proportion and the players no longer possess or are allowed a personality. Media-trained within an inch of their lives, these supernaturally chiselled, faceless, multi-millionaire automatons spout meaningless platitudes at a rate of knots matched only by politicians.

Not to single the following out, but who can honestly say there has ever been a single action or utterance of note from the likes of Jordan Henderson, Kyle Walker or Harry Kane? The most interesting person in the set-up is manager Gareth Southgate (present as a player in 1996 & 1998) simply for being articulate and honest. Had he been persuaded to come out of retirement, the accolade probably would have gone to James Milner on account of his ironic “boring personality”.

Only Fools & Horses would not have been quite the same if we did not grow to root deeply for Del and Rodney. The loss of the emotional bond with the England team makes it hard to invest in the current crop, meaning the next tournament exit is likely to be met with a light shrug of the shoulders rather than any outpouring of grief.

I hope I am wrong. I hope the spirit of the 7 year old that fell in love with football is roused in the coming month. I hope the England team unites the nation together this summer and gives us something to cheer in these divisive times. I hope.