Manchester City cruised through last season, amassing 100 points and a 19 point gap to their nearest challengers (if ‘challengers’ is the right word), Manchester United. Everything had clicked for Pep Guardiola in his second season in English football, following a bit of criticism and no small amount of smirking from some journalists after a […] 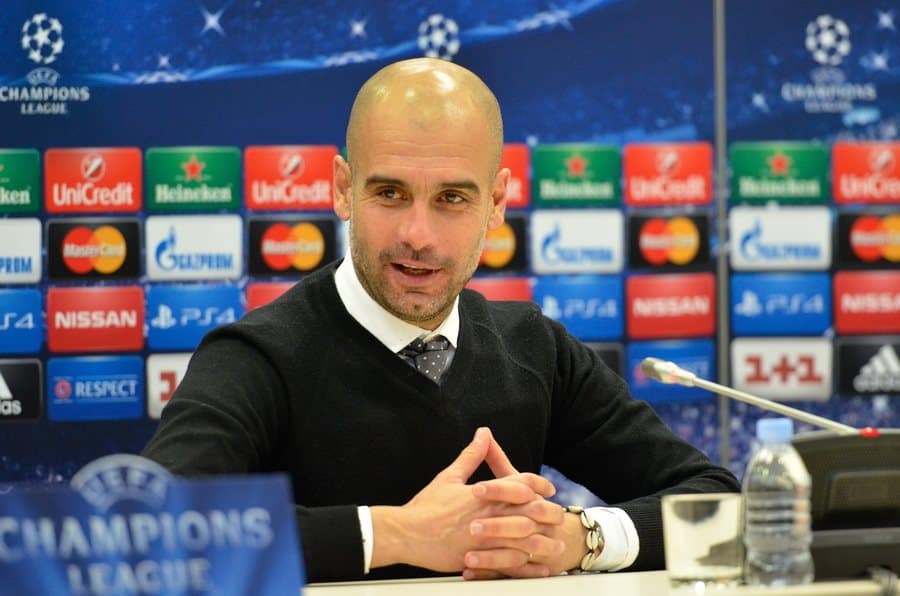 Manchester City cruised through last season, amassing 100 points and a 19 point gap to their nearest challengers (if ‘challengers’ is the right word), Manchester United. Everything had clicked for Pep Guardiola in his second season in English football, following a bit of criticism and no small amount of smirking from some journalists after a torrid first season in which City struggled.

Guardiola’s meticulous eye for detail saw City transformed for the 2017/18 season. The building work put in place in the transfer window prior to last season is forming the backbone of the ongoing success the club is experiencing this season.

With money no object at City, the squad was carefully strengthened, righting one major wrong of the previous season’s business by bringing in goal keeper Ederson from Benfica to replace the underwhelming Claudio Bravo. This had been a point of much of the derision directed at Guardiola, with England keeper Joe Hart jettisoned owing his shortcomings with the ball at his feet. Whilst the Bravo experiment was short lived, Guardiola stuck to his philosophy and Ederson had a transformative impact for the side. Perhaps more than any other, the Brazilian has been the most important acquisition of Guardiola’s reign in Manchester, bringing fine goal keeping skills combined with unparalleled distribution both short and long to start City attacks from the very base of defence.

Now it’s worth addressing the financial situation at City at this juncture, as it’s a major sticking point with both detractors and fans of the club. Football Leaks recently sourced some communication from UEFA over the club’s penalty in 2014 for falling foul of Financial Fair Play rules, suggesting that the cover up efforts ran (or run?) deep within the club.

This fuels further detraction from Guardiola’s success, with an easy criticism of his management being that he just buys the best players and gets the best results; he’s just a chequebook manager. Having spent a similar sum during Jose Mourinho’s reign, Manchester United go some way to disproving this theory.

Still, in Guardiola’s first season the club spent £192.15m on such talents as John Stones, Leroy Sane, Gabriel Jesus and Ilkay Gundogan. Last season saw an outlay of £285.75m on the likes of Benjamin Mendy, Kyle Walker, Bernardo Silva and Ederson, with Aymeric Laporte joining in the January transfer window. This summer saw a bit of slowdown in spending, with £64.07 being forked out, £61.02m of which was on Riyad Mahrez.

There’s no way of dressing it up: Man City have spent a fortune and the spending has absolutely underpinned their success. But as Man Utd show, spending alone isn’t enough. All of those highlighted above have been vital cogs in the City machine. The money has not been wasted and it has been carefully spent to perform surgery on City’s first team.

Of the £541.97m which has been spent, how much of it has been wasted? Bravo and Nolito were £16.20m each in the first season and had limited impact. Nolito has left and Bravo is a currently injured reserve keeper. Danilo at £27m was a useful backup last season so his inclusion here is a bit harsh, but his impact has been subdued. £61.07m was a lot for Mahrez, but his penalty miss at Anfield aside, he has added variety to City’s attack.

So, including Danilo as a flop, City have wasted £59.40m in the past three seasons, or 11% of their outlay. Not many clubs have been nearly as successful in the transfer market. It’s one thing having the money, it’s another thing entirely to spend it well.

Which brings us to the actual football. You may, not unreasonably and quite understandably, dislike City for their financial might and questionable financial ethics, which have once again been put under the spotlight. But there’s no denying the completeness of their football and the aesthetic delight it entails.

Financially, only Manchester United can compete with City but they’re wallowing in a pit of self-inflicted misery brought entirely upon themselves by layer upon layer of footballing incompetence.

So, in the money game, to answer the question atop this article, no – no one can stop City.

They’ve carried their dominance onto the pitch, too. Whilst I don’t envisage them winning the league by 19 points again this season, it doesn’t look as though anyone can stop them.

With 32 points from 12 games, City top the Premier League and have a goal difference of +31. Liverpool sit two points behind and Chelsea four.

Both Liverpool and Chelsea made significant strengthening efforts in the transfer market over the summer, which City didn’t. Both clubs addressed issues in central midfield, an area which Guardiola was keen to strengthen but was unable to. Chelsea’s major signing, Jorginho opted for Stamford Bridge over the City of Manchester Stadium. He would undoubtedly have made City a better side.

They have kept seven clean sheets this season, joint best with Liverpool, have only conceded five goals and Ederson has made the fewest saves, 19, of any regular keeper this season. Laporte and Stones have formed a formidable screen in front of him and Walker and Mendy have excelled in the wing-back roles they occupy. Mendy’s injury, which looks set to keep him out for a while, will be a major concern for Guardiola, with Fabian Delph or Alexandr Zinchenko now having to step in again at left wing-back. Those quick fixes worked out okay last season, though.

City have made 8,261 passes this season, bettered on by Chelsea with 8,706. Liverpool are third with 7,257. Laporte has played 1,065 of those, the second most behind Jorginho. It’s easy to see why Guardiola was so interested in the former Napoli man. John Stones also has the highest pass completion rate in the division at 94.6%.

The assists have been shared around, too. Mendy and Raheem Sterling are joint second in the division with five each, with Aguero just behind them on four. The Argentinean also tops the goal scoring charts with eight, closely followed by Sterling on six. They are the major contributors to a team total of 36 goals, the best in the league ahead of Chelsea on 27.

So good are City at retaining possession that they have committed a league low of 140 fouls so far. Their 14 yellow cards ranks 17th in the division and they have had no sending offs. The team’s detractors have pointed at the importance of Fernandinho in this regard, as an expert in the dark art of tactical fouling. He is merely the roughest of Guardiola’s diamonds and his contribution cannot be understated. He’s also played a league seventh best 848 passes this season.

By any statistical measure, City are the best in the Premier League, probably even in the world. The Champions League would rubber stamp that view and City have all the tools at their disposal to make that vision a reality.

The ongoing absence of Kevin de Bruyne has barely been noticed this season and the recent injury to Mendy doesn’t carry the same fear factor for the squad as it did when it happened last season, given how well Delph and Zinchenko deputised.

City are merely performing at their level and that level is way above the mean of any other club right now. Whether you love them or loathe them you should at least be enjoying them. They look so unstoppable for a reason and team’s like this don’t come around too often.

To finish on a vaguely controversial note, this is the best side the Premier League has ever seen. Imagine if they’d signed Jorginho…