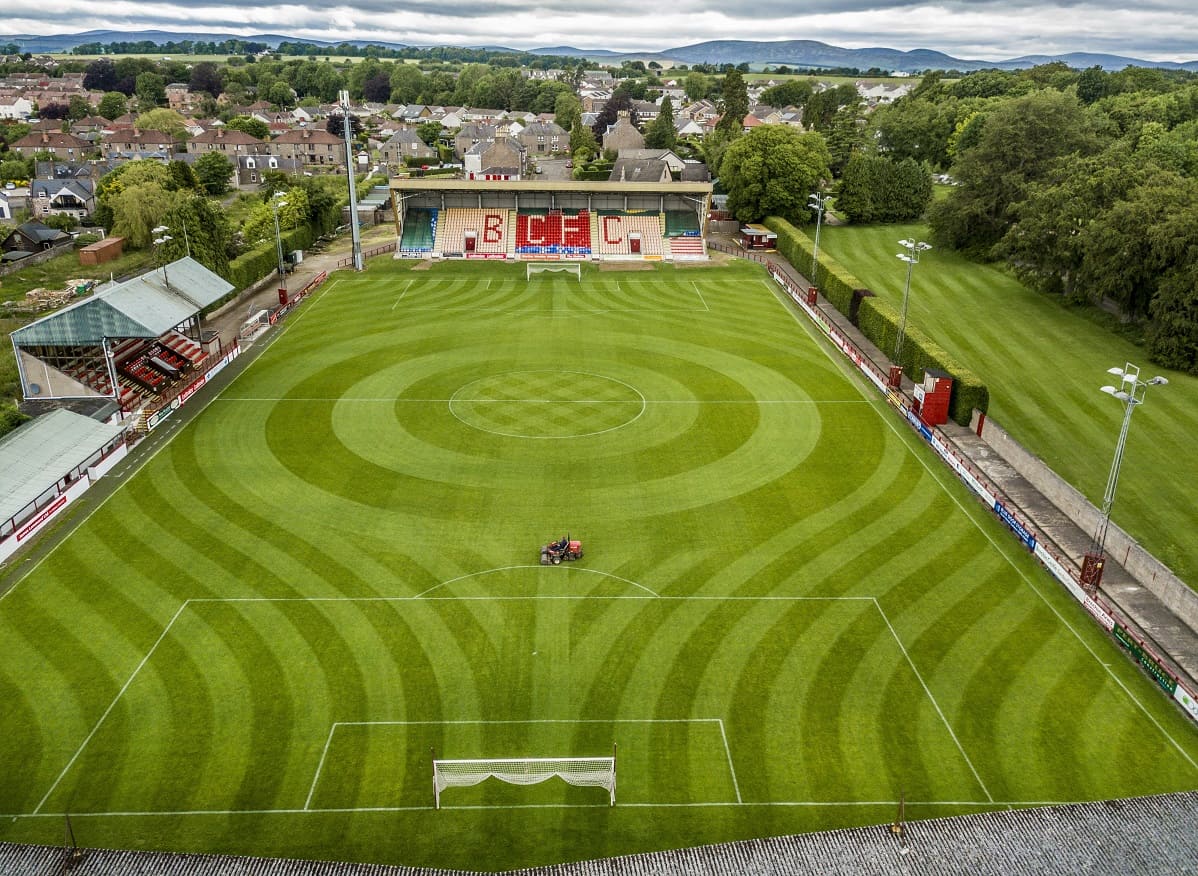 Fed-up with ‘drawing’ the same outline on the Brechin City FC’s turf Neil Wood, 54, decided to design something more creative with his lawnmower.

The patient Globe Park groundsman spent six hours mowing the intricate pattern into the grass – which was hailed the ‘most stunning in Scotland’ on social media.

But despite the huge compliment, Neil, from Brechin, Angus, remains humble about his design at the 4,083 capacity stadium – home to the Scottish League One side.

He said: “I usually cut the pitch in squares but we got bored of doing that so I wanted to do something different.

“The players were all taken back by it but they are happy with it.

“It’s nice to hear that the club think the design is the best in the world.

“It could be possible but I’ll just let them decide that.”

Neil carefully etches out the swirls by starting from the outside and works his way into the middle of the pitch.

He said: “I start from the outside and work my way in but I don’t change the height level of the lawnmower.

“I use the lines on the pitch as a rough guide which is probably why I manage to get it more precise.

“It’s just about changing your direction rather than the height level.

“Maintaining the pitch is ok in the summer but it’s hard in the winter.”