“Somebody might not speak English, but they can speak football.” 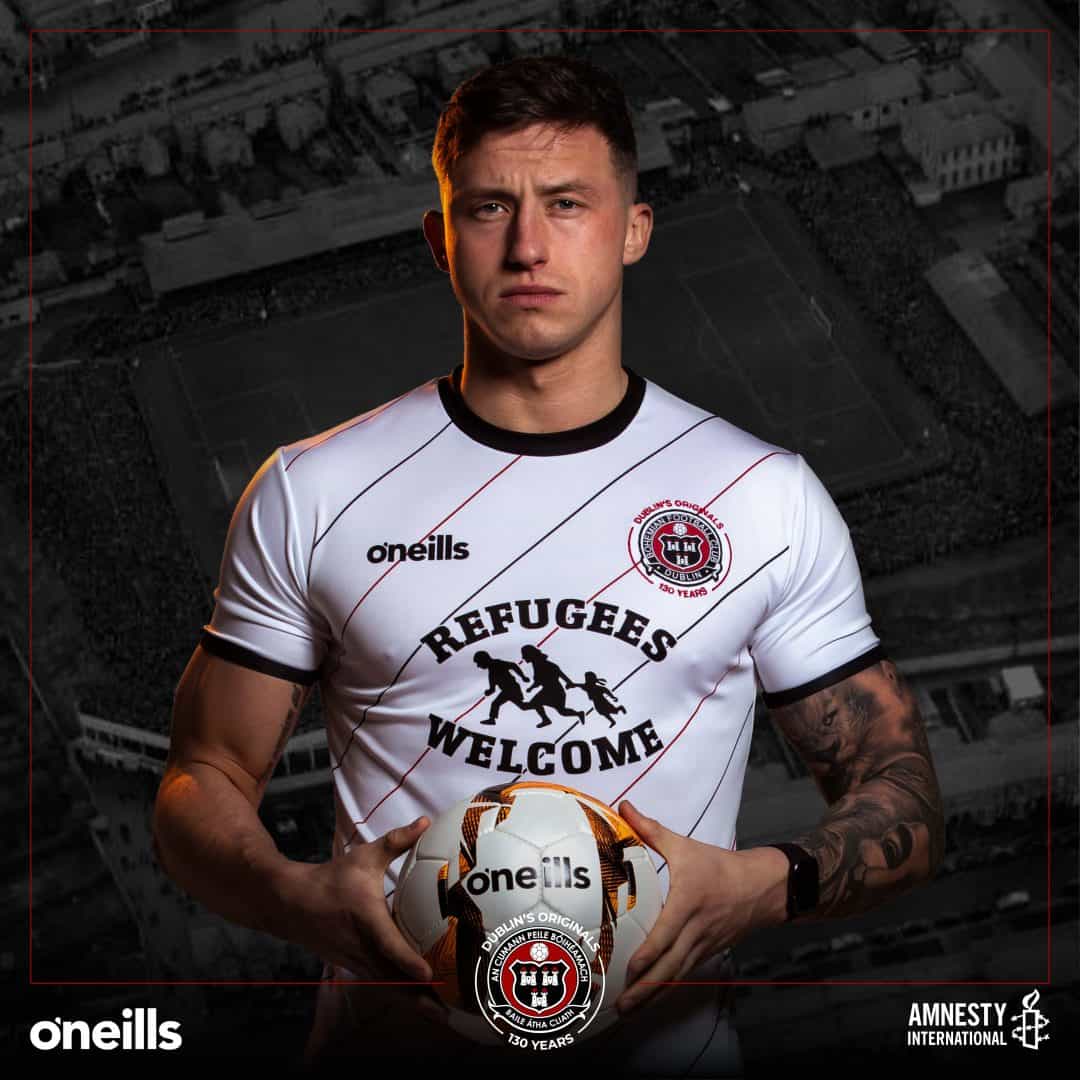 A football club in Ireland has partnered with Amnesty International to call for an end to the country’s controversial system of accommodating asylum seekers.

Bohemian FC will sport a white away shirt in the 2020 season with “refugees welcome” written on the chest around a silhouette of a fleeing family.

A proportion of the money from shirt sales will go towards continuing to bring people in the Direct Provision system to the club’s fixtures.

The partnership with Amnesty International Ireland will call for an end to Direct Provision.

Direct Provision was set up in 1999 in response to an increase in the number of people seeking asylum in Ireland.

It has been criticised by migrant rights groups over conditions in the accommodation centres, the length of time people wait for their asylum applications or appeals to be processed and the impact this has on children.

“We send buses out to those centres and families can then leave, they don’t have any money,” Daniel Lambert, marketing and commercial director at Bohemian FC, told the PA news agency.

“We’ve had players at the club who have been in that system. The club has gotten involved in lots of issues that we see as social issues in Ireland.”

FIFA’s rules state “the basic compulsory equipment must not contain any political, religious or personal statements”, but Mr Lambert was not concerned by any potential controversy regarding his club’s new kit.

“It’s down to interpretation,” he said. “Who deems that political?

“We deem this a social issue, a humanitarian issue. To say that people are welcome to a football game, a community, an area. I think that it should serve hopefully as a beacon.

“Football can and should be a force for good. Football can unify people. It’s played truly globally in every village in every town.

“Somebody might not speak English, but they can speak football.”

Bohemian FC’s away kit could debut on Friday 21 February during the side’s next game on the road against Waterford in the SSE Airtricity League Premier Division.