The years of angst and discontent are over. For that, Leeds fans have Marcelo Bielsa, the alchemist, to thank. 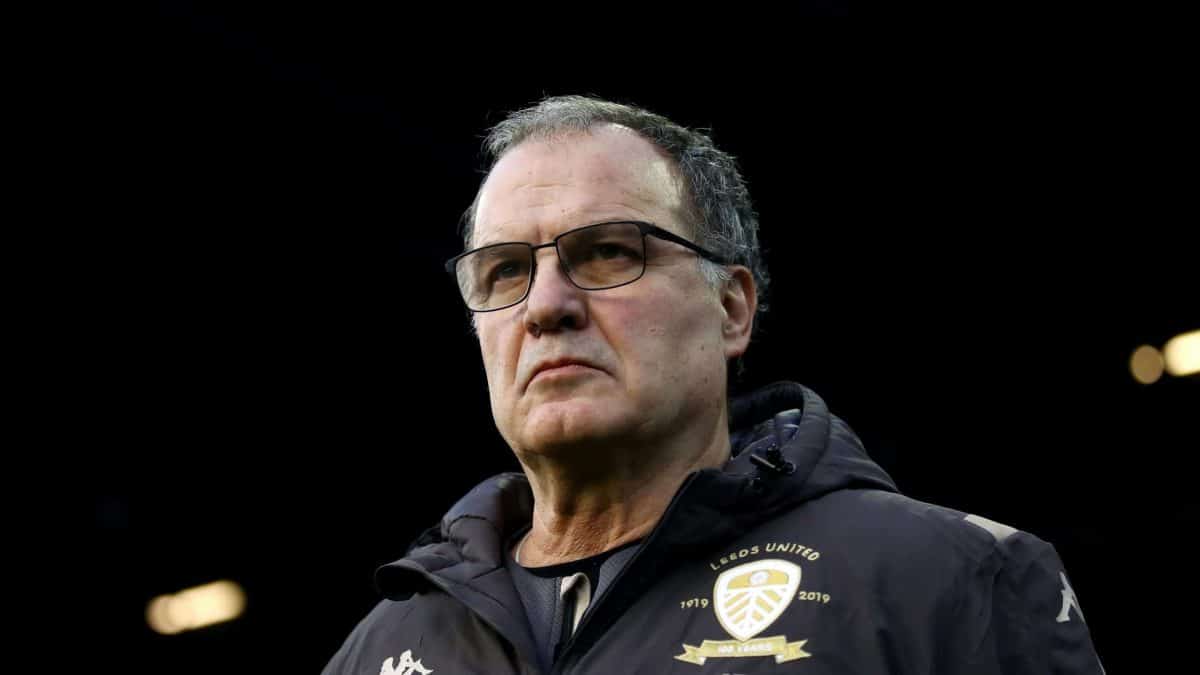 Back where they belong. Or so have said many observers and Leeds fans over the past week. The notion of belonging or deserving to exist at a higher level always strikes me as odd in something as binary as sport. You tend to end up exactly where you belong; there is no divine right to a place at the top table, no matter how many supporters you have, how fervent that support is, how ‘big’ the club is, no matter how rich its history. Better than anyone else, Leeds United Football Club knows this.

The catastrophic mismanagement of Peter Ridsdale placed Leeds where they deserved to be. A club that had spent wildly beyond its means to fuel one man’s vanity project was forced to conduct a fire sale of its best players, hop on a carousel of disastrous managers and lie at the mercy of vultures like Ken Bates, GFH and Massimo Cellino.

The 16 years away from the Premier League were Ridsdale’s fault. His gross incompetence put Leeds on that path. The fans may not have deserved it, but they had no choice but to accept it.

The past 16 years feel like a bad dream now. Andrea Radrizzani took the club over from Massimo Cellino in May 2017. A canny operator, the Italian businessman had spotted an opportunity at Leeds. He had identified a gamble worth taking. Unlike those before him, however, he arrived with a plan, not just hopes, dreams and a misplaced sense that Leeds ‘deserved’ to be in the Premier League.

It didn’t always appear that way, though. The managerial appointments of Thomas Christiansen and Paul Heckingbottom left a bit to be desired and Leeds appeared set on yet another unremarkable period. At the end of the 2017/18 season, Leeds were 13th in the Championship, having fallen away badly from play-off contention for the second season running.

It was a discontented squad comprised largely of seemingly of sub-standard components. Not many supporters would have batted an eyelid had Liam Cooper, Kalvin Phillips, Kemar Roofe, Gjanni Alioski and Adam Forshaw been sold in the summer of 2018. A persistent thread of mediocrity ran through the squad.

The moment everything changed

Or so it seemed. In the summer of 2018 Radrizzani and Leeds’s director of football, Victor Orta, managed to persuade Marcelo Bielsa to take the manager’s job at Elland Road. It was the moment everything changed.

The mere suggestion that Bielsa might be coming to Leeds lifted the fanbase. Here was one of the most talked about and revered coaches in the game, apparently on the verge of coming to the Championship with Leeds. It seems as crazy now as it did then.

Immediately, the impact was laid bare. Bielsa’s first game as Leeds manager was at Elland Road against title favourites Stoke City. Leeds were rampant in a convincing 3-1 win. The football was extraordinary. The players were reinvigorated.

Of the starting XI that day, only Barry Douglas was a new signing. The apparently sub-standard components were suddenly transformed like polished jewels, set to sparkle in Leeds United shirts. Bielsa had taken these base metals and turned them into gold.

Working with what he has

Unlike his other illustrious counterparts in the game, Bielsa’s reputation isn’t predicated on spending money. He works with what he has and makes it better. Not much has really changed at Leeds during Bielsa’s time there, apart from Bielsa himself. Of the starting XI which concluded Leeds’s time outside of the Premier League against Charlton, seven were already at the club when Bielsa took over. No great overhaul was required, just a lot of hard work and dedication.

He already has a road named after him in Leeds. He’s left his mark on the soul of this battered football club and lifted it back to where it thought it belonged. Now, finally, it does deserve to be in the Premier League. It does belong there. And not because of a proud sense of history, but because it has the best team in the Championship and one of the best managers in the world. There is no misplaced nostalgia here – Bielsa has built a great team of worthy champions of which every Leeds fan can be proud.

And so Bielsa dedicated this title to the fans. The hard work and dedication were repaid in full on the Elland Road turf on Wednesday night, as ‘League One’ Liam Cooper lifted the Championship trophy aloft, the culmination of two years’ worth of improvement. The years of angst and discontent are over, for the time being at least. For that, Leeds fans have Marcelo Bielsa, the alchemist, to thank.

Related: Cricket is back – and completely irrelevant

This is how TikTok might be impacting your job