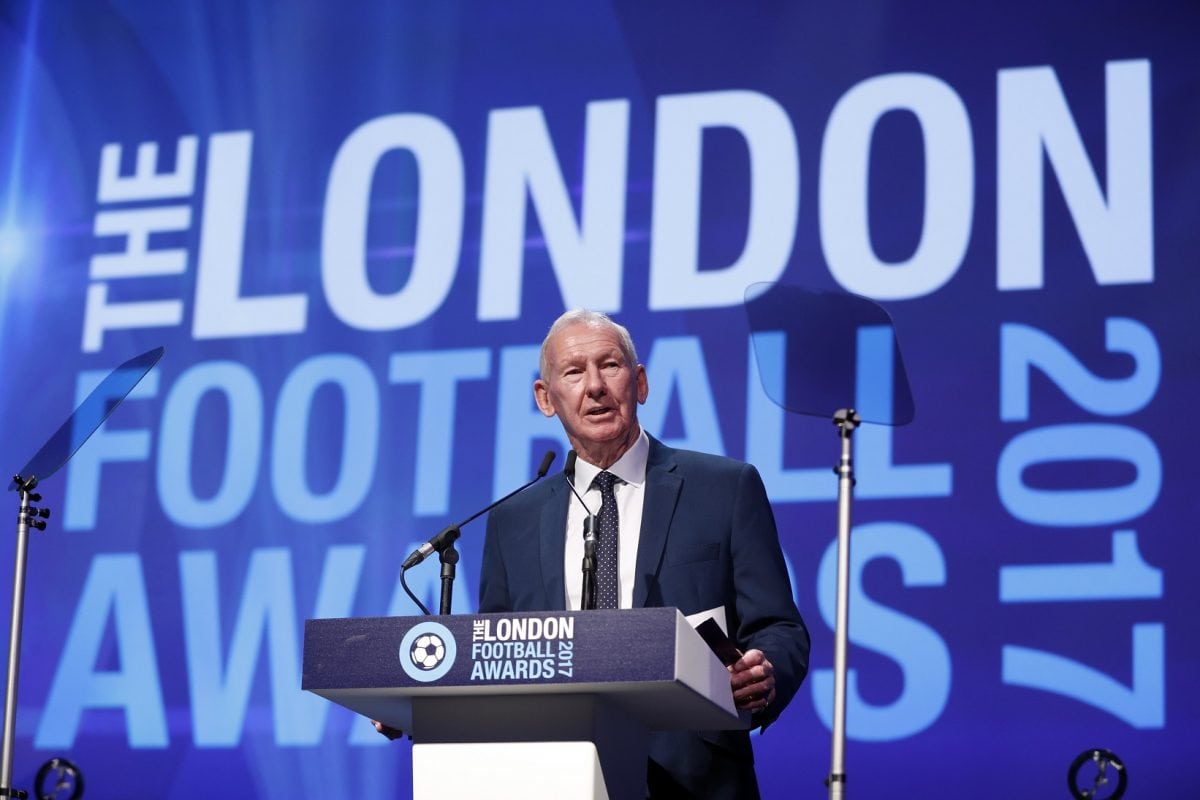 The London Football Awards are back for 2018, and they’re bigger than ever.

In its fourth year, the London Football Awards showcase the finest that the London-based clubs have to offer, in both men’s and ladies football. The likes of Ainslie Maitland-Niles, Wilfried Zaha and Mauricio Pochettino have been nominated from the men’s game, while Lionesses Jordan Nobbs, Fran Kirby and Danielle Carter are in the running for the prestigious Women’s Player of the Year award.

Last year’s London Football Awards were dominated by Champions Chelsea, with Kante and Conte bringing home the silver-ware and Chelsea legend Frank Lampard, awarded the Outstanding Contribution trophy. This year sees the dominance of the Blues and Tottenham Hotspur on the pitch, translate into a hatful of nominations.

The Premier League Player of the Year Award has three Spurs players vying for the honour, with Chelsea’s Cesar Azpilicueta and Crystal Palace’s Wilfried Zaha also in contention. Chelsea Ladies manager Emma Hayes is up for the Manager of the Year Award, after winning the Women’s Super League last season. Hayes has tough competition, with Mauricio Pochettino and Roy Hodgson also in line for the prize. 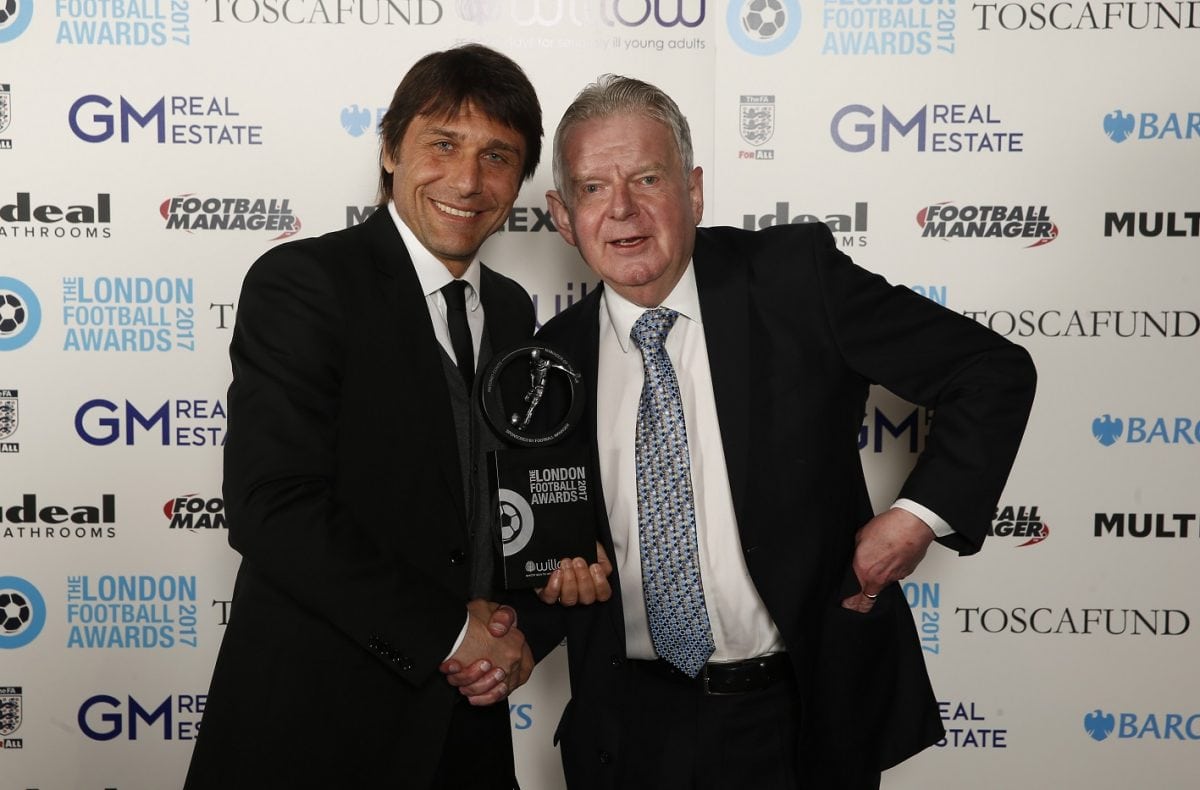 Legends from the present and past of the sport will be in attendance, and previous winners include Harry Kane, Dele Alli, Aaron Ramsey, Arsene Wenger and John Terry. There will be eight awards during the glitzy ceremony, hosted by BBC sports presenter Mark Chapman, and the spectacle promises to be a special night full of London’s footballing elite.

The London Football Awards raise funds for Willow, the only national charity providing fulfilling and unforgettable Special Days for seriously ill 16-40 year olds. Former Arsenal goalkeeper, Bob Wilson and his wife, Megs, founded Willow in memory of their daughter. So far, Willow has provided more than 14,500 special days for those that need it most. The organisation receives no government or Lottery funding, relying on the generosity from donations and amazing nights like this award ceremony. 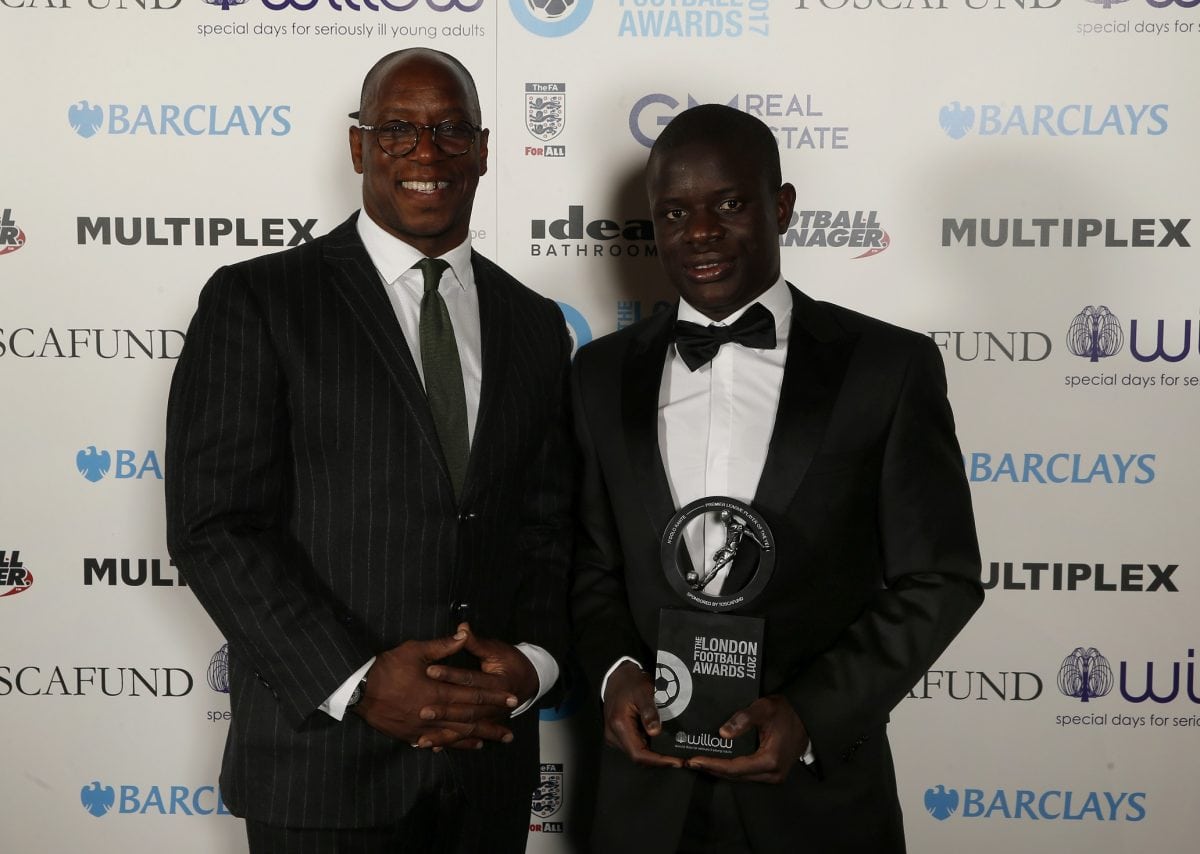 Arsenal, Crystal Palace and England icon Ian Wright will be receiving the Outstanding Contribution to London Football award (Sponsored by Weston Homes) and will be in attendance to receive the trophy on the night.

Willow President and Arsenal legend Bob Wilson said, “Once again this season, football in London – in the Premier League, the Football League and the Women’s game – has been dramatic and exciting. The London Football Awards is a fantastic opportunity to celebrate the skills of our nominees, which we have seen on the pitches of the capital over the last few months, as well as the amazing community work achieved by the clubs. I’m looking forward to catching up with lots of friends and colleagues at this year’s Awards on 1st March.”

Bob Wilson himself is on the judging panel, which is responsible for deciding the nominees and winners. The panel include luminaries such as former England strikers Tony Cottee and Martin Chivers, TV presenters Max Rushden and Jane Dougall, as well as journalists Sam Wallace and James Olley, and a host of other assorted people associated with the sport.

The London Football Awards 2018 guarantees a real spectacle for London’s footballing excellence, and they will be gathering on 1st March in the capital to find out who takes the honours.

PL Player of the Year

Manager of the Year

EFL Player of the Yeat

Goalkeeper of the Year

Womens Player of the Year

Young Player of the Year (Under-23)

Community Project of the Year

(Sponsored by the FA)

QPR in the Community Trust – #Game4Grenfell