Arsenal have just confirmed the signing of Henrikh Mkhitaryan on a long-term contract in a deal which sees Alexis Sanchez join Manchester United. Henrikh appeared 39 times for Manchester United, scoring five times and was part of their UEFA Europa League winning squad last season. The 29-year-old attacking midfielder is the captain of the Armenian […] 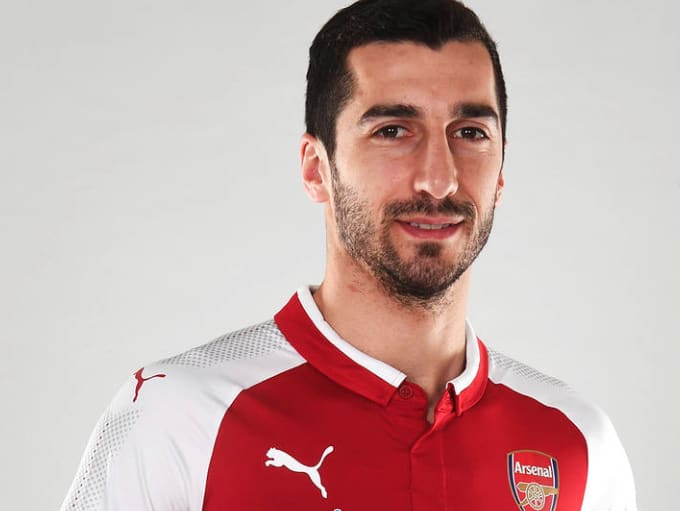 Arsenal have just confirmed the signing of Henrikh Mkhitaryan on a long-term contract in a deal which sees Alexis Sanchez join Manchester United.

The 29-year-old attacking midfielder is the captain of the Armenian national team and is their all-time top scorer with 24 goals in 70 appearances – including strikes against Italy and Germany, and a hat-trick against Guatemala in May 2016. He has also received the Armenian Footballer of the Year award eight times.

Recently Arsenal has been also chasing Henrikh’s former Borussia Dortmund team mate Pierre-Emerick Aubameyang, and reports are beginning to emerge that the Gunners have agreed personal terms with the striker but no fee has been finalized as yet.

Arsenal are understood to have made an opening offer of £44m for the international who chose to play for Gabon rather than France or Spain which he would have also been eligible for.

Their initial offer has been rejected but Arsenal are expected to offer more now he appears to be happy to join the North London team.

According to French outlet RMC Sport, Aubameyang and Arsenal have reached an agreement on a contract, which will make him the Gunners’ highest paid player.

Henrikh Mkhitaryan joined Manchester United in July 2016 won the Europa League with them. The midfielder started his career with Armenian side FC Pyunik, where he won the Armenian Premier League on four occasions. He then moved to Ukraine where he played for Metalurh Donetsk, before joining Shakhtar Donetsk, where he made 72 appearances, winning the Ukrainian Premier League three times.

In 2013, Henrikh transferred to Borussia Dortmund in the German Bundesliga, where he made 90 appearances, during which time he was part of the 2014 German Cup winning squad. In the 2015/2016 season he was voted assist leader of the Bundesliga.

Arsène Wenger said: “Henrikh is a very complete player. He creates chances, he defends well, he can absorb distances and he’s very committed as well. I must say he’s a player who has all the attributes.”

Henrikh added: “I’m very happy that we could finish this deal and I’m very happy to be here. It’s a dream come true because I’ve always dreamed of playing for Arsenal. Now that I’m here, I’ll do my best for this club to create history.”

“Alexis scored 80 goals in 166 appearances during his time with us. He was part of two Emirates FA Cup-winning squads (2015 and 2017), scoring in both finals. We thank Alexis for his contribution to the club. We welcome Henrikh to Arsenal Football Club and wish him well for his time with us.”

Arsenal chief executive Ivan Gazidis, chief scout Sven Mislintat and contract negotiator Huss Fahmy have been in Germany to negotiate a deal with Dortmund for Pierre-Emerick Aubameyang this weekend.

Aubameyang is perhaps the world’s fastest striker so Arsenal fans would be delighted to have him join Hector Bellerin who is the fastest defender.

But he was training with his Dortmund team-mates today despite his father has travelling to London for discussions.