It was used during a joust at Pendennis Castle in Cornwall hosted by English Heritage who are collaborating with Hawk-Eye on the initiative. 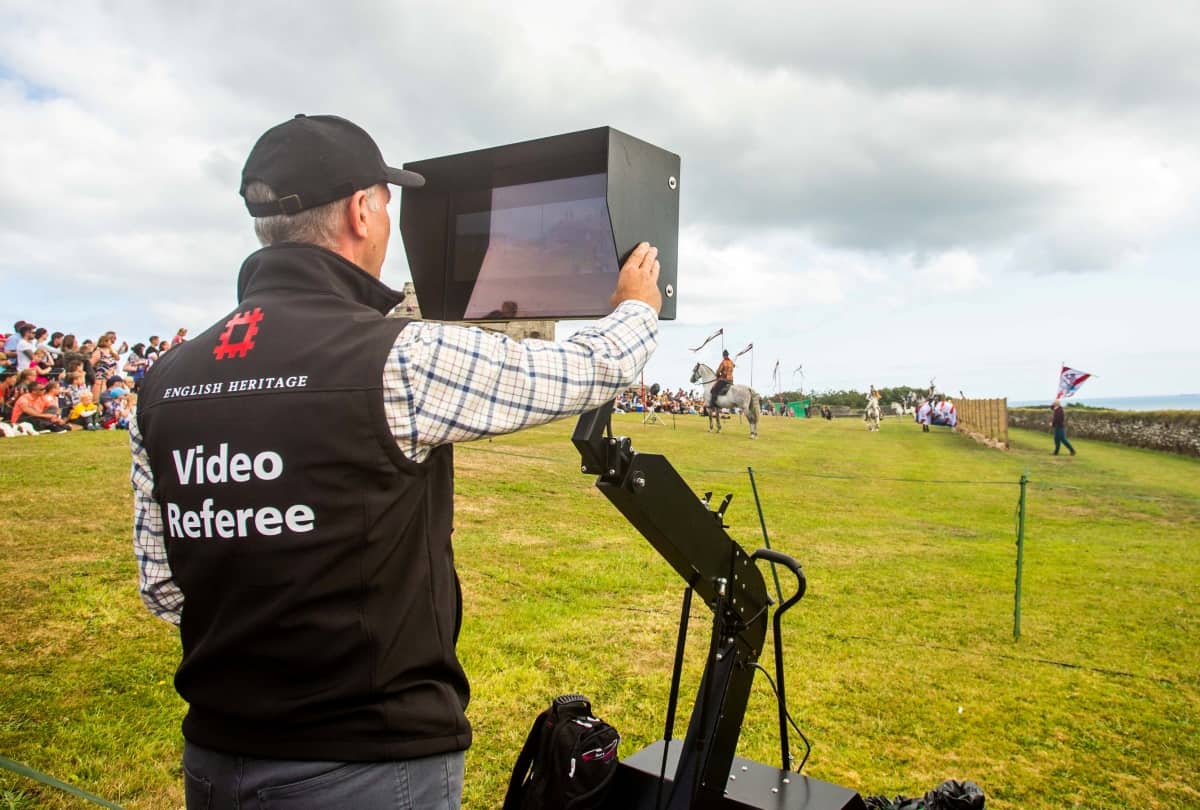 This is the moment the ancient sport of JOUSTING introduced VAR technology – to settle disputes.

The Video Assistant Referee was trialled yesterday for one of the world’s oldest equestrian pastimes – dating back over 1,000 years.

It was used during a joust at Pendennis Castle in Cornwall hosted by English Heritage who are collaborating with Hawk-Eye on the initiative.

The system has been brought in to track and use video replay to accurately score the competitors’ moves and brings the medieval sport in line with football, cricket and tennis.

The jousts involve participants on horseback charging at each other with different points being awarded depending on which part of the shield or helmet is struck with the 12ft lance.

Emily Sewell, English Heritage’s head of events, said VAR was essential due to the fast pace of the sport and the need to accurate record all hits.

She said: “It takes a great deal of precision and skill to aim the 12ft lance at a moving target and make the hit with the most points and it really matters to the knights – their honour is everything.

“But it also currently requires our Knight Marshall to accurately observe the location of each hit every time, which is quite a challenge.”

VAR will continue to be used as part of English Heritage’s “Myths and Legends” summer season with events across the country during August.