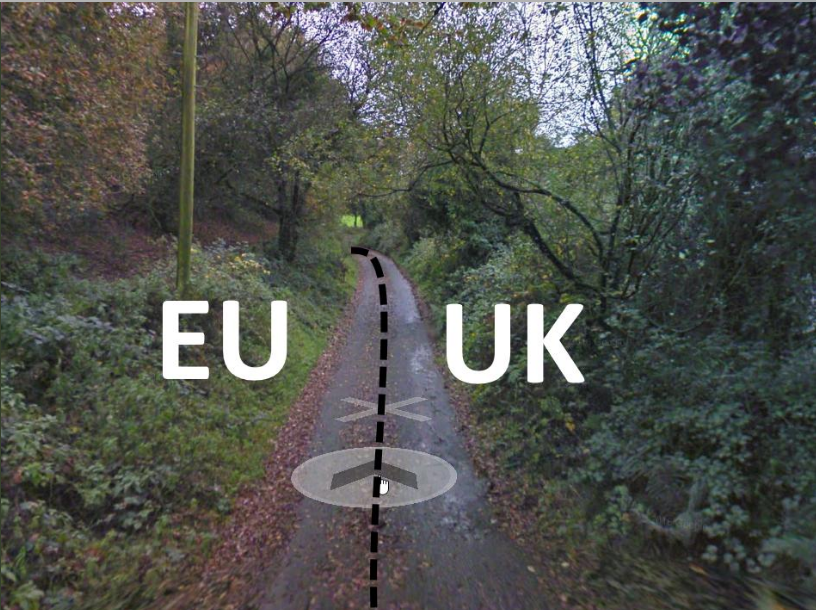 Pictures of rural country lanes, farm yards and vehicle hire depots are making the rounds on social media to highlight the enormity of the Irish border problem.

Mark Sugrue shared a collection of images grabbed from across the border that will separate the EU and the United Kingdom if the backstop is struck from the agreement.

He has put his faith in technological solutions to prevent a hard border been put in place, regaling the triumphs of NASA to underpin his point.

Writing in his final Daily Telegraph column he said: “If they could use hand-knitted computer code to make a frictionless re-entry to Earth’s atmosphere in 1969, we can solve the problem of frictionless trade at the Northern Irish border”.

But pictures shared on social media show that negotiators may have a tough job on their hands in finding a solution.

See for yourself by following the thread below:

Some fun @BorderIrish crossings between Ireland and the UK. Would love to see 'technology' solve this… #brexit pic.twitter.com/qy7OpHwx3i