Alastair Cook walks out at The Oval today for his last test match against India hoping to sign off with a century in the same way he kicked off his international career in 2006.  The opener has racked up 12,254 Test runs in that time and appeared in a world record 158 consecutive matches at […] 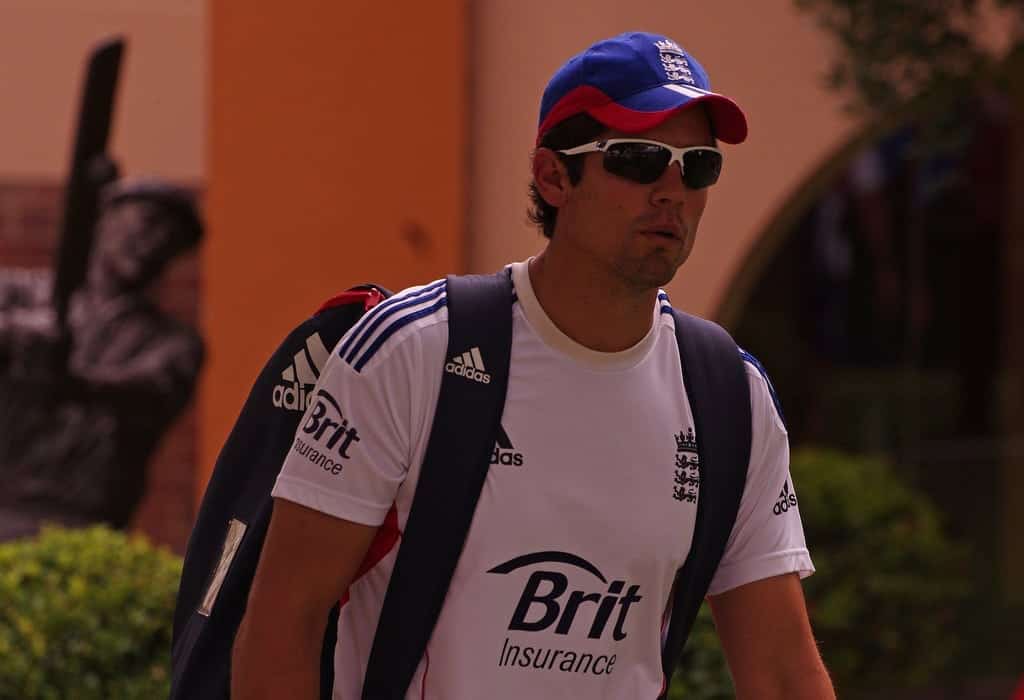 Alastair Cook walks out at The Oval today for his last test match against India hoping to sign off with a century in the same way he kicked off his international career in 2006.

The opener has racked up 12,254 Test runs in that time and appeared in a world record 158 consecutive matches at this level, and you sense his name will be etched into the record books for some time after enjoying a remarkable career.

In tribute to the England legend, Tom Lemmon has penned this letter to bid him a heartfelt farewell.

Cricket has long been part of my family’s history. My Dad played for Essex 2’s as a kid and later, nearly got divorced from playing too much for Ealing while I was just a baby –  something about my mum not being happy with having 7 days a week alone with a crying sack of potatoes. My late Grandfather was a member of the MCC, wrote numerous cricket books in the 90’s and edited Cricket Year for a while too.

Yet, I never took to it as a child. That is until, like so many my age, the 2005 Ashes series. That summer ignited a national pride in cricket, and I suddenly found myself following the score on holiday or at school, bowling at my dad in every spare moment and demanding a cricketing history lesson almost every afternoon.

By the time the Ashes was won in late September, I was hooked but with little knowledge or understanding of the game’s intricacies.

Then, your first tour, India in 2006 came along. For an 11 year old fan, there was a pleasant sense of symmetry as you made your debut. There you were, 21 years old, fresh faced but determined, finding your feet at the highest level of the game. Here I was, 11 years old, setting my alarm early to watch what I could before school, struggling to fully understand it all.

It felt as though somehow you represented all the kids like me who had been inspired by that summer as you cut and clipped your way through your early test career.

Unlike so many previous generations, I didn’t yet know that familiar English sense of hurt, so far all I had seen was success. That demolition job by the Aussies, the last act of that great side, came as a rude awakening. But, while you did struggle, you stood strong with that hundred at Perth, showing all the elements of concentration and patience that made you the legend you were to become.

As time went by, my cricketing knowledge increased, my love affair deepened and you would quietly reach a new record, while the more flamboyant stars would take the headlines (good and bad).

KP or Freddie could turn a match on its head, could snatch victory from the jaws of defeat, but with you there was always this sense of calm. I think every England fan could look at the scorecard and see “Cook – not out” and know that we were still in control, still capable of slowly sucking the life out of our opponents. “Calypso Callapso” could not possibly come to the crease while you were still out there in the middle.

And while that 2011 Ashes series was extraordinary for you personally, it only served to show that you were the true foundation of the team. A proper test match innings from you allowed the rest to flourish with freedom. When you were finally anointed captain in India, you reminded everyone of this once more, as if it needed to be told.

I don’t want to dwell too much on those fabulous innings of the past, they will be retold far and wide, and your impact was far greater than the mountain of runs and the unassuming manner in which they were acquired.

Unfortunately, inevitably I guess, your career could never get better personally than that Ashes series. In the aftermath of England’s new humiliating 5-0 defeat down under, you had a perhaps more important job than run-scoring: Bringing through the next generation of talent.

That great side of 2011 died, and maybe people couldn’t accept that, maybe they had trouble seeing the stubbornness of Trott being replaced with the devil-may-care attitude of Stokes. Maybe we had all just become dizzy from the unusual heights that English cricket had become accustomed to. Maybe, definitely, we had become complacent.

Whatever the reason, you, unfairly bore the brunt of it. Upon resigning the captaincy, you said that you had become the “lightning rod” for the ECB in the aftermath of the Kevin Pietersen sacking.

In many ways, you were the lightning rod for the whole side as your career went on. Bowlers could bowl badly, batsmen throw their wickets away, but your form or your tactics always seemed to receive an especially nasty-tasting criticism.

But maybe it was what you were always supposed to be. The broadest shoulders should carry the greatest burden, and that you did. Whether that was seeing off the new ball, absorbing hours and hours of a bowling unit’s energy so the showstoppers could kick them while they were down, taking the blame for the petulance of others, taking the blame for the flailing youngsters, you have always been the lightning rod.

But through it all, through the click-baiting quips of your former colleagues, through the explosion of social media, the unrelenting pressure, the 5-0 defeats, the “Daddy Hundreds”, the 766, the 3-2 redemption, the KP affairs, the abuse, the support, you remained the same.

The same pleasant, charming, graceful, steely leader that left the mudslinging to the immature and did your talking out in the middle.

I guess it’s fitting that we find you retiring just when the old-school blocker is coming back into fashion. Silly, overly aggressive dismissals seem to frustrate with such consistency that those dismissals themselves have now become boringly familiar.

Thanks Chef, you’ve created a life-long fan, and I am forever grateful for that. It will hurt watching a test without you.