Janine Renshaw-Beauchamp, from Cirencester, said the door had "always been colourful". 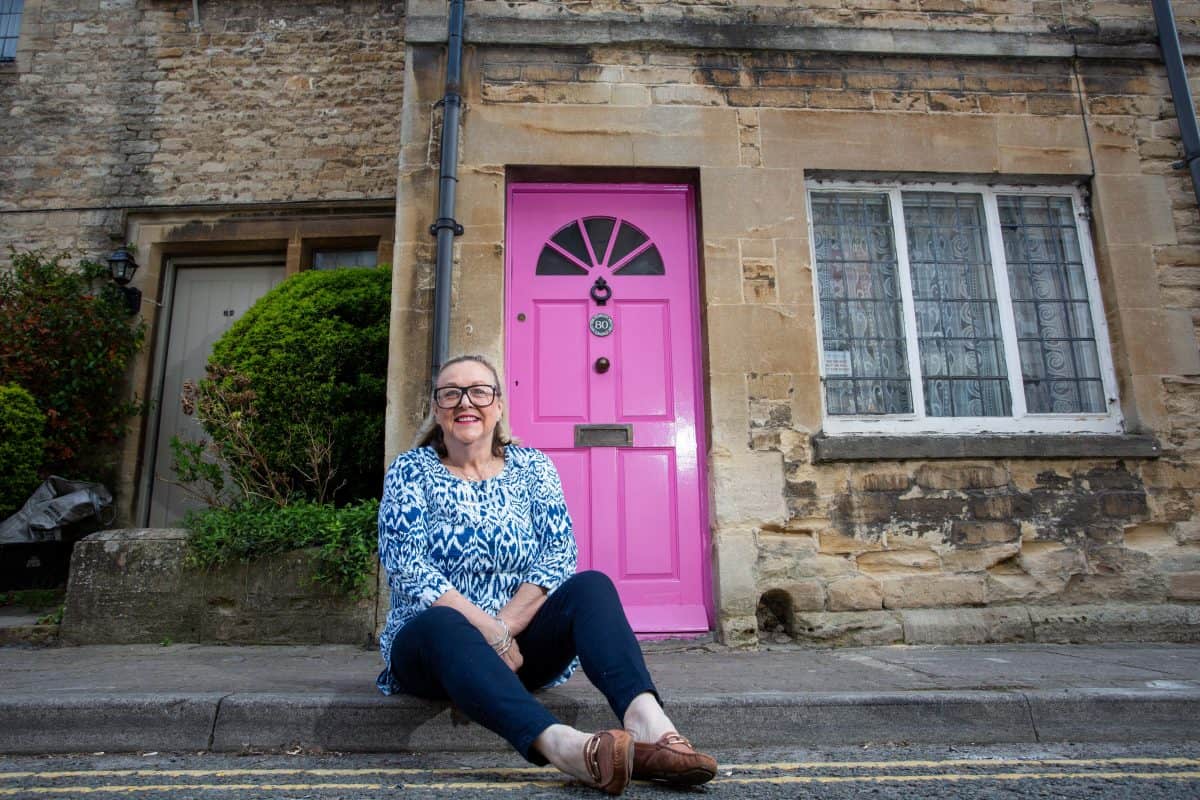 A woman in a listed home has been told to repaint her PINK door after 33 YEARS – following a complaint by a neighbour.

Janine Renshaw-Beauchamp has lived in the Cotswold house for three decades and has always had a bright front door.

But she recently received a letter from Cotswold District Council saying the door would have to be repainted in a more conventional colour.

The council said that the colour of Janine’s door, in Cirencester, Gloucester, was
”causing harm to the conservation area”.

Janine says her door has been pink for 33 years apart from a two year period when it was red.

She said: “After all these years of it being pink, or shiny Italian Vespa red, I was absolutely horrified to find that someone could have possibly complained and put me in this situation.

“Down the road is a pink house, and the centre of the town is all the colours of Edinburgh rock.”

She said it may have been a “new neighbour who objected” or a “heavy-handed newbie” at the council “flexing her muscles”.

The letter Janine received was from a planning enforcement officer.

It read: “It is deemed that the colour applied to the door is causing harm to the conservation area and the door itself, as both are considered to be designated heritage assets.

“We request that the colour of the door is changed to a more suitable colour in keeping with the surrounding area.”

The council has now confirmed they are planning to take no further action, but local residents have criticised the council over the matter.

Elaine Peckham added: “I didn’t know the council had a list of acceptable colours.”