A keen stargazer faces tearing down his home-made observatory after neighbours complain the glare from the dome means they have to wear sunglasses inside their own home. 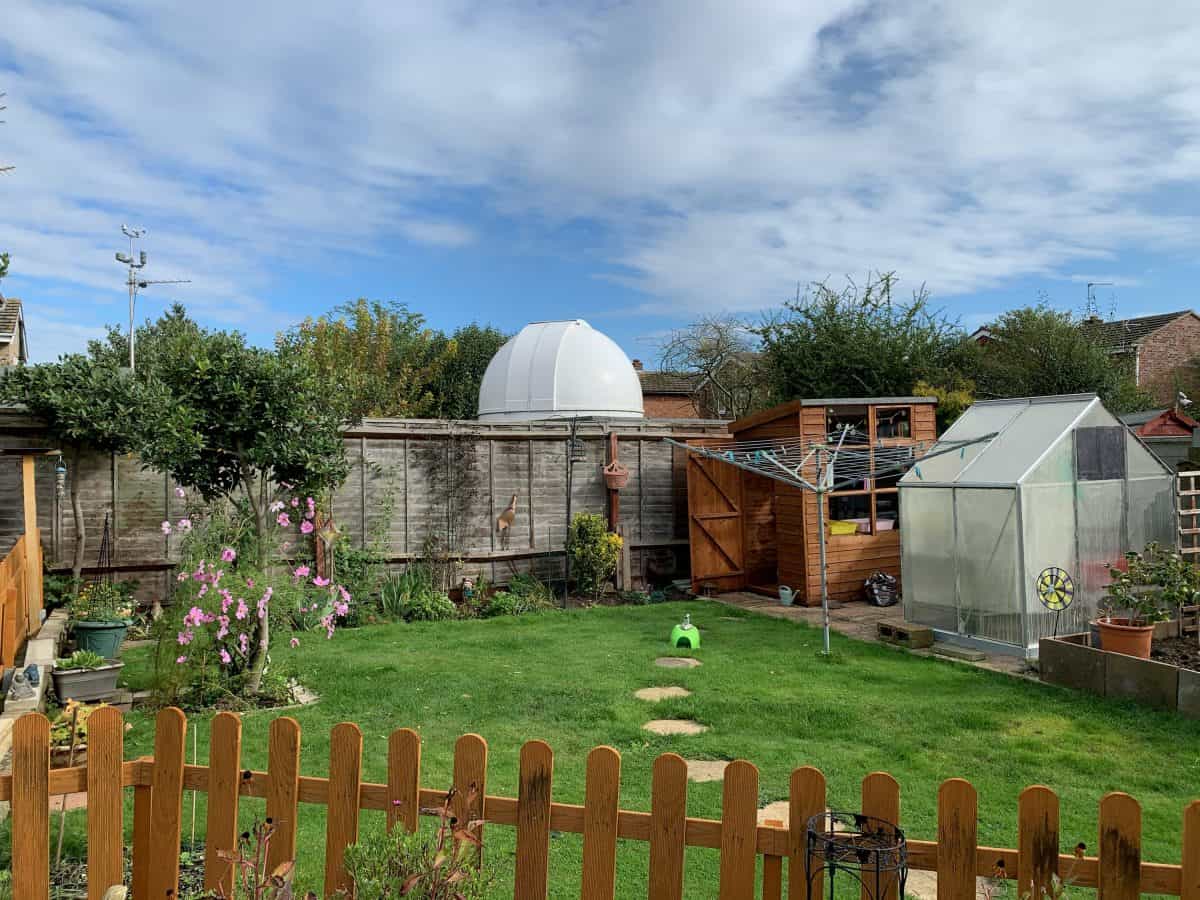 A keen stargazer who built an observatory in his back garden may have to tear it down after neighbours complained the glare from it means they have to wear sunglasses inside their own home.

Melvyn Thurlbourn built his home-made observatory, which stands at 12ft (3.7m) high, back in 2017 when he mounted a large white dome on top of a garden shed.

However, after applying for a retrospective planning application this year, his neighbours objected, meaning the council have since rejected Mr Thurlbourn’s application.

A neighbour told the council that they can’t enjoy spending time in their garden without wearing sunglasses because of the “highly reflective glare” caused by the dome’s white fibreglass material.

They also complained that becasue of the reflective glare they even have to wear sunglasses inside their own home unless they shut the curtains.

Mr Thurlbourn, from St Ives, Cambridgeshire, had offered to paint the dome matt grey and to put plants in to help disguise the telescope-holding building, however a council planner from Huntingdon District Council, said the proposals would not reduce the over-bearing nature of the building.

They said, as the the dome projects above the fence line by approximately 5ft9 (1.8m), it creates an “overbearing impact” to the rear garden on Abbots Crescent, and can even been seen by the public from the street.

They also branded the dome “un-neighbourly” and “incongruous” due to its’ proximity to the neighbouring garden.

They said: “This type of development, while only for personal use of the applicant, is not the type of structure you would normally expect to see in this residential location.

“Given the scale, bulk and design of the observatory dome it is considered to be an incongruous form of development and un-neighbourly given its location and height in close proximity to neighbouring garden.”

The town’s civic society added: “The white dome is in very close proximity to the boundary of three neighbours and is so close there is little possibility of the applicant using tree or hedge screening to mitigate the view.

“Consequently, and in view of the height and stark appearance of the dome the society’s view is the application is overbearing.”

A statement submitted in support of the application said the surface shape of the dome could not reflect light in the same way as a garden greenhouse could without restriction, as was suggested by Mr Thurlbourn’s neighbour.