In these divided times, there is one thing we can all agree on: we want to be secure. Helpful as they are, tech companies have taken it upon themselves to help provide enhanced security in the home, or as we’re now supposed to call it, the smart home. But how smart is this smart […] 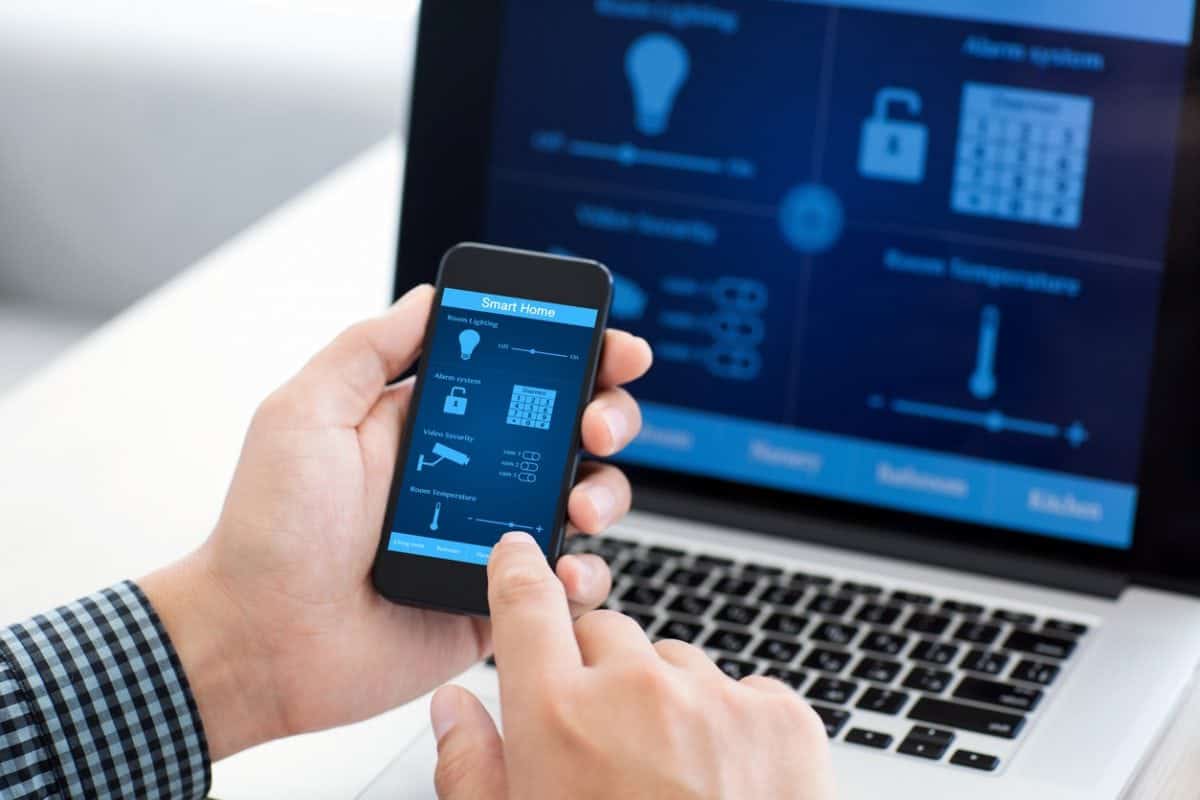 In these divided times, there is one thing we can all agree on: we want to be secure. Helpful as they are, tech companies have taken it upon themselves to help provide enhanced security in the home, or as we’re now supposed to call it, the smart home.

But how smart is this smart home security tech? And can we really trust the companies who bring us our cat videos to keep our cats safe at home while we’re out?

It turns out that there are many problems with “smart” home technology — some of which should make us question how it even came to earn this monicker, and whether we should trust it to look after our homes and possessions.

Security tech has caught up with sci-fi

Here’s an example of how far security technology has come. Burglar alarms can anticipate break-ins seconds before they happen with the accuracy of Tom Cruise in Minority Report, or Tom Cruise in a Scientology pub quiz.

Shock sensor alarms can alert both you and the police before a break-in happens. One security company based in Surrey—a sleepy county which is still hit by 500 burglaries a month—have suggested it as the solution to the area’s high burglary rate. It’s hard to see this technology backfiring on us, but other similarly futuristic security technology presents more problems.

Google, that non-creepy company known for non-creepy things, is working on a home security system that replaces conventional arming and disarming technology with something that is, shockingly, creepy.

News of this technology comes from Google’s recent patent filings. Google files a lot of patents for projects that never come to fruition, including a blood-testing smartwatch and a lie detector tattoo. But these security patents are re-filings, which suggests the internet giant is serious about them.

Traditionally, residents have had to turn their burglar alarms on when they go out and off when they come home. Google’s technology eradicates the need for this, instead using sensors to check whether or not you are home, and activating and deactivating the alarm accordingly.

The obvious problem Google will have to address before this system goes on the market: thousands of Netflix users, after lying still for binge-watching sessions, will move for the first time in hours, and trigger their alarms, with the sensors having previously detected no movement.

But once this kink is ironed out there will still be a bigger issue with the technology. If Google’s home security system knows when you are home or away, it will be storing that information somewhere. If this information falls into the wrong hands, it could be calamitous; if you’re not familiar with the tenets of burglary, this is exactly the sort of knowledge that burglars would trade their finest striped jumpers and swag bags to access.

The Internet of Things has too many things

Google are too smart to store this kind of information in the cloud, so it will probably be securely stored in the alarm’s hub itself…but there’s no guarantee of this. That lack of certainty is all thanks to the Internet of Things.

If you’ve been spared from knowing about the Internet of Things so far, read this. If you didn’t read that, I’ll just tell you: it’s what we call the phenomenon of gradually making literally everything Internet-connected.

Things that are now part of the Internet of Things include: wine bottles, grills, frying pans, cat fountains and socks. While this is all well and good for those who felt their socks always lacked connectivity, it could have dangerous consequences as smart home security is more widely adopted.

Recently, hackers hacked (as they do) thousands of insecure IoT devices, including CCTV cameras. Thankfully, these hackers didn’t use the data for any break-ins. They kept their hijinks strictly in the online realm, utilising the power of these devices to cause a massive internet outage.

But it could get worse. The hackers pulled off this hack (as they do) because so many IoT devices are so poorly secured. This is the fault of both the manufacturers who make these devices as cheaply as they can, and of the customers who fail to take security precautions.

Granted, changing the password on your IoT toaster is hardly an obvious security measure — but it could be crucial. Because if one item connected to your wifi network is vulnerable to hackers, they could potentially access any other device on the network.

If you have so-called smart security, all burglars have to do is get tech-savvy enough to hack your home security, and they could potentially have all the information they need to break into your house when they know you are not home.

Can we trust smart home security at all?

So far this doomsday scenario has not materialised, and hacker-burglar hybrids seem rare. Manufacturers are doing their part by releasing devices which are more secure, and you can do yours by changing your passwords and, you know, not buying a wifi toaster. Yet. Sure, you may have to go through the painstaking process of manual toasting without knowing what the weather will be like, but at least you will be safe.