“In what may be signs of a return to pre-pandemic trends, furniture was the stand-out performer in January, after transport delays in the Christmas period began to ease.” 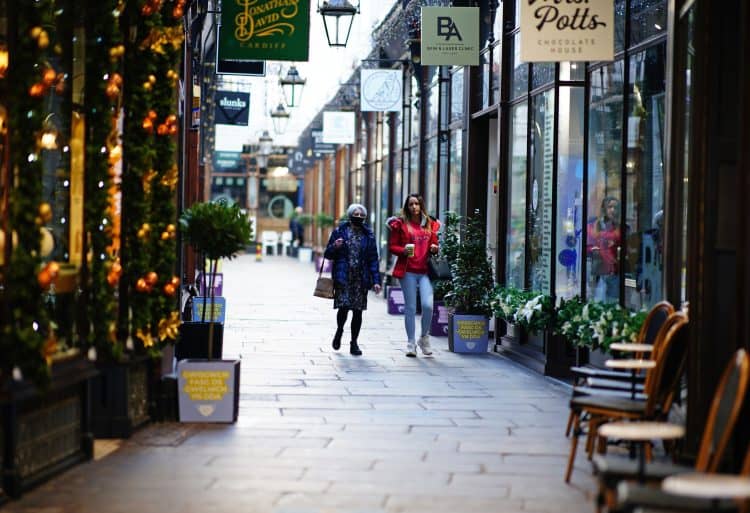 The latest BRC-KPMG retail sales monitor for January revealed that total sales surged 11.9% against the same month last year, although this was strengthened by significant price inflation.

Shops saw customers return after a December which was hamstrung by Plan B restrictions and rising Covid-19 case rates, which disrupted the key Christmas period.

Retailers, whose stores were largely shut in January 2021 due to restrictions, said like-for-like sales last month were up 8.1% on levels from 2021.

Retail experts said the easing of restrictions, however, reduced grocery sales, with total food sales dropping by 0.1% for the past three months.

Helen Dickinson, chief executive of the British Retail Consortium (BRC), said: “Food sales were more muted than in previous months, as people went back to eating out more often.

“In what may be signs of a return to pre-pandemic trends, furniture was the stand-out performer in January, after transport delays in the Christmas period began to ease.”

Sales of non-food items, ranging from fashion to furnishings, increased by 11.1% over the three months to January, compared with the same period a year earlier.

Store sales unsurprisingly jumped by more than two thirds as shops were largely shut over the same period last year.

As a result, online sale of non-food items dropped by 24.2% in January as customers moved some of their shopping habits back to physical stores.

Paul Martin, UK head of retail at KPMG, said the performance by retailers was “unusually strong” as January is typically a slower month for the sector.

He added: “With Covid restrictions now eased, and people heading back to workplaces, retailers will be hoping consumer confidence remains robust to help offset the rising cost challenges that they are likely to experience for a while.

“We could see a challenging few months ahead if wider macroeconomic conditions start to squeeze household incomes to the point that they start cutting back on retail spending.

“Retailers are facing their own inflationary pressures and will need to take tough decisions on whether and how to pass on the increase in costs they have been sitting on for some time to consumers facing their own financial challenges.”

The company reported that spending on essential items grew by 10.4% for the month, although this reflected a slowdown as people spent less on fuel as people worked from home.

“While restaurants and bars, pubs and clubs were inevitably hampered by the ongoing pandemic, there are signs of brighter times ahead for hospitality as Brits say they’re planning to spend more on eating and drinking out to lift their spirits during the winter months.”

Related: How successful has the property industry been becoming more inclusive?