“It’s interesting to see how people would like to be – and are trying to be – more sustainable in their garden." 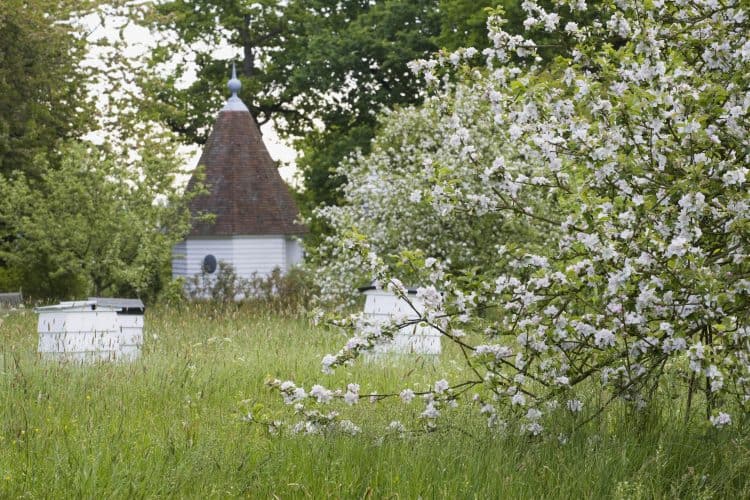 More than a quarter (26 per cent) haven’t made any changes to their garden in the past five years to make it sustainable, while in comparison nine in 10 have done for the inside of their home.

The study of 2,000 garden owners found 31 per cent would like to see greener products for gardening more widely available.

And a fifth admitted they have no idea how to make their outdoor space more eco-friendly.

The research was commissioned by garden specialists Hozelock to launch their EasyMix 2-in-1 Composter.

Sarah Dixon, from Hozelock, said: “Sustainability is becoming increasingly important and while we often hear about the different ways to make changes in the home, such as swapping appliances or fitting a smart meter, the outdoors is often overlooked.

“It’s interesting to see how people would like to be – and are trying to be – more sustainable in their garden.

“There are many different ways gardens can be made greener, such as composting, adding pollinating flowers and plants, such as crocuses or lavender, growing your own fruit and veg and reducing the use of chemicals.

“Each small change can make a big difference and with spring and summer upon us there’s no better time to take up new habits outside.”

The research also found nearly a quarter (23 per cent) are not aware if they are harming their garden with the products they use.

But many admit to still using weed killer (36 per cent), insect repellent (22 per cent) and peat compost (20 per cent).

And one in 10 (11 per cent) wash excess weed killer down the drain, while 16 per cent have been known to light a bonfire in their garden.

In the past five years, in order to be sustainable, 31 per cent have planted pollinating flowers and 26 per cent installed a guttering or water butt to collect rainwater.

Almost two thirds (65 per cent) agreed there isn’t enough information and tips on how to compost and only 30 per cent currently do this as a way of getting rid of garden
waste.

A further one in eight (14 per cent) feel ‘guilty’ about the amount of garden waste they send to landfill.

Those surveyed via OnePoll feel a sustainable garden would typically feature water butts (55 per cent), veg and fruit patches (53 per cent) and composters (52 per cent).

When it comes to outdoor space, 62 per cent admitted they prioritise how easy it is to maintain, while 42 per cent care about how appealing it is for wildlife and 31 per cent take into account how environmentally friendly it is.

Changes garden owners would like to make which they are yet to include growing their own fruit and veg (29 per cent), composting their own waste (23 per cent) and plant more trees (21 per cent).

TV shows are where 29 per cent get the most information from about how to live sustainably, followed by social media (24 per cent) and magazines (18 per cent).

Sarah Dixon added: “Composting is an effective way to be more sustainable in the garden, but it is often considered to be complex and time consuming, however there are now products available which can simplify the process.

“A tumbling composter, for example, allows you to easily recycle kitchen and garden waste, helping to prevent food waste being sent to landfill, whilst also improving the quality of your soil.”