From the office, the new homebuilder is set to build a presence in surrounding areas, including Northamptonshire, Cambridgeshire, Bedfordshire, Buckinghamshire and Hertfordshire. 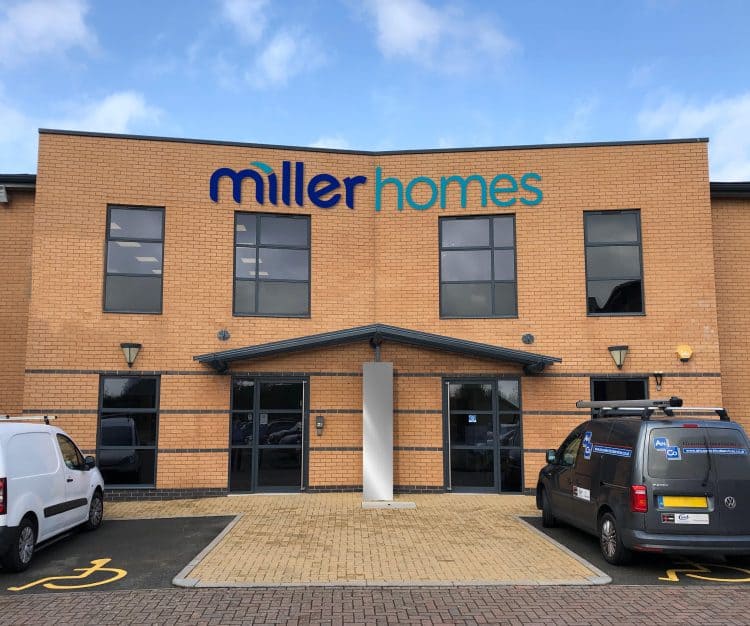 It has become one of the first major homebuilders to establish a new regional base since the start of the pandemic.

The opening of the new office, which is close to junction 15A of the M1 in Northampton, forms part of Miller Homes’ strategic regional growth plan. From the office, the new homebuilder is set to build a presence in surrounding areas, including Northamptonshire, Cambridgeshire, Bedfordshire, Buckinghamshire and Hertfordshire.

The new region will be overseen by Ben Massey, who has been promoted to Managing Director for East and South Midlands.  Ben joined Miller Homes in 2001 as a graduate land buyer and progressed through the ranks before taking responsibility for the East Midlands region in 2017, initially as Regional Operations Director followed by promotion to Regional Managing Director in 2020.

Taking day-to-day responsibility for the new South Midlands region will be Gavin Jones, who takes the role of Regional Operations Director having spent more than six years as Regional Production Director in the East Midlands.

Gavin will be joined by new Regional Land Director Lewis Brown, who was Strategic Land Director at land promotion company Wallace Land Investments, which was acquired by Miller Homes in 2021. Jake Richardson has also been promoted from Engineer Manager in the East Midlands, becoming the new Technical Manager for the South Midlands.

Commenting on the launch of the South Midlands office, Danny O’Connor, Divisional Managing Director for Miller Homes in the Midlands and South, said: “Our expansion into the South Midlands provides many exciting opportunities as there is currently high demand for new homes in the region.  We already have a number of land interests and will be announcing our first land deal and development plans in the coming weeks.

“Miller Homes has a great deal of experience and longstanding success in the East and West Midlands and I know that Ben, Gavin and the South Midlands team will be instrumental in supporting our growth strategy as we build on our reputation across the entire Midlands.”

The South Midlands joins nine other strategic regional locations across the UK for Miller Homes, including Scotland East, Scotland West, the North East, Teesside, Yorkshire, North West and South, as well as existing offices in