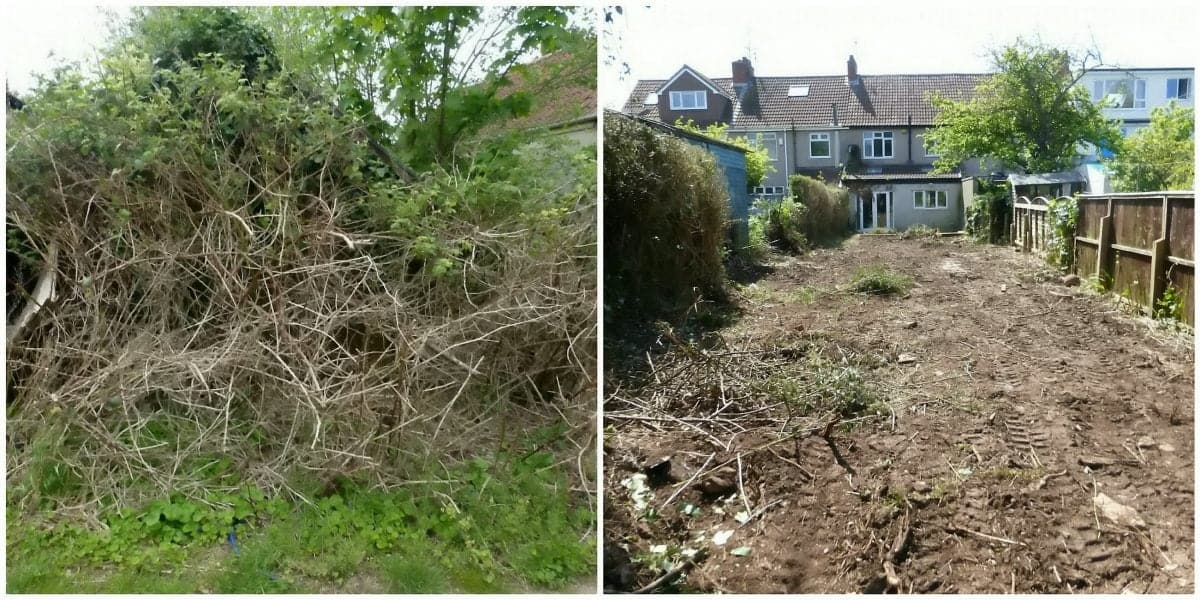 A nightmare landlord has been fined a whopping £7,000 for allowing the garden at one of his properties to become an overgrown jungle – for SEVEN YEARS.

Leighton Dowding, 45, is believed to have bought the property around 2012, but soon after moved to a different city 150 miles away, leaving the house empty and neglected.

The unmaintained front and rear gardens at the residential house quickly grew unkempt and wild, causing problems for neighbours.

Fly-tipped waste began to pile up next to a dilapidated shed in the front garden, whilst a tangle of tree roots and weeds cluttered the long back garden.

Dowding, who now lives in Brighton, was served with a Community Protection Notice (CPN) in August 2017, and a subsequent Remedial Order in May 2018, ordering him to clear all the overgrown vegetation.

But none of the work was ever started at the mid-terraced house in Downend, South Glos., and on June 5 Bristol Magistrates’ Court ordered Dowding to pay a £7000 fine.

He was found guilty of failing to comply with a Remedial Order under the anti-social behaviour crime and policing act 2014.

The prosecution was bought by South Gloucestershire Council, relating to the neglected property on Grace Road in Downend.

After his sentencing, the council said: “Since at least 2012, it has been left wholly unmaintained.

“Its large front and rear gardens have become extensively and continuously overgrown and untidy, to the detriment of the local community.”

Dowding was initally served with a CPN in August 2017, requiring him to clear all overgrown vegetation, tidy the land, and remove the fly-tipped waste by September 30, 2017.

The court also then served Dowding with a Remedial Order, reiterating the terms of the CPN, and giving him a deadline of July 29, 2018, to comply.

But the landlord still failed to comply with the Order, and the only work that was undertaken was the removal of waste. The gardens remained overgrown.

During his June 2019 hearing, magistrates’ in Bristol asserted that Dowding had ignored what the court had ordered him to do, which they take very seriously.

He was found guilty of failing to comply with the Remedial Order issued by Brighton Magistrates Court.

Cllr Steve Reade, South Gloucestershire Council’s Cabinet Member for Planning, Transport and Strategic Environment, said: “We are working to bring long term empty properties in our area back in to use to help meet the local housing need.

“Before following this course of action, we had previously written to and contacted the owner several times about their property.

“We repeatedly offered advice and assistance, without any continuing response.

“Where necessary, we will use enforcement powers to bring empty properties back into use which require an owner to maintain the property in reasonable condition if it is adversely affecting the locality.

“Allowing empty properties to continue to have a detrimental effect on the local neighbourhood will not be tolerated.”

Dowding has now carried out the works required, mainly clearing the overgrown gardens and removing dilapidated structures in the rear garden.