“It isn’t pretty but it has a big black plastic cat,” I was told a few years ago by my girlfriend who is from around that area. A few years on and it’s exactly the same. I guess in a rapidly changing London some consistency is quite comforting. This is the South East London as […] 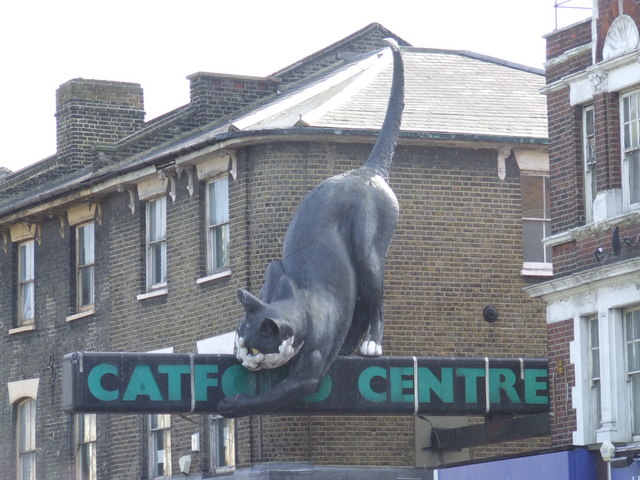 “It isn’t pretty but it has a big black plastic cat,” I was told a few years ago by my girlfriend who is from around that area. A few years on and it’s exactly the same. I guess in a rapidly changing London some consistency is quite comforting. This is the South East London as Del Boy would have seen it.

There has been loose talk of regeneration for years, I fear the cat might go to the plastic animal heaven in the sky with the Elephant from Elephant and Castle, it is a cruel world.

But you don’t care about that do you? “Is it cheap?” is the cry from the property search eagles, well yes it is. Follow me and let’s get you somewhere to live then shall we?

However, before we start, I need to come clean. The name originates from all the black cats, associated with witchcraft, which were thrown into the ford to drown during the witch hunts. So if memories of the lost souls (do cats have souls?) who perished here is too much, then buy in Bromley instead.

Andy McNab Former S.A.S serviceman was born in Catford, as was comedian Ben Elton. I wonder if Andy bullied him at school and that’s why he grew became so anti-establishment, just a theory.

Also Catford’s oldest pub is the Black Horse and Harrow (now called the Goose on the Green) and Karl Marx is reputed to have been an occasional patron.

It’s cheap and it can only improve (surely). It really isn’t that bad though, it just isn’t really very good either.

The South Circular slices through it, with a constant stream of traffic both ways. It isn’t pretty, but where there is muck there’s brass.

Catford and Catford Bridge have half-hourly trains to Charing Cross (20 mins), St Pancras (32 mins), Blackfriars and Cannon Street (21 mins). There is a plan for a Bakerloo line extension, which could start could start as “early” as 2020.

It is all a bit Wetherspoons around there. Again it’s cheap; learn to embrace value over aesthetics. As mentioned (above) it is nearly panto season so getting booking your tickets now…

Property All properties correct via www.zoopla.co.uk of 2nd October 2014

To buy £290,000 3 bedroom flat with direct access to its own rear garden and near Catford train station