Wi-Fi  enabled home cameras so you can check security from your phone;  smart controls so you can close blinds and turn lights on and off wherever you are in the world…the list of new equipment to safeguard your home continues to develop and grow. But there is one area which hasn’t received due attention…and that […] 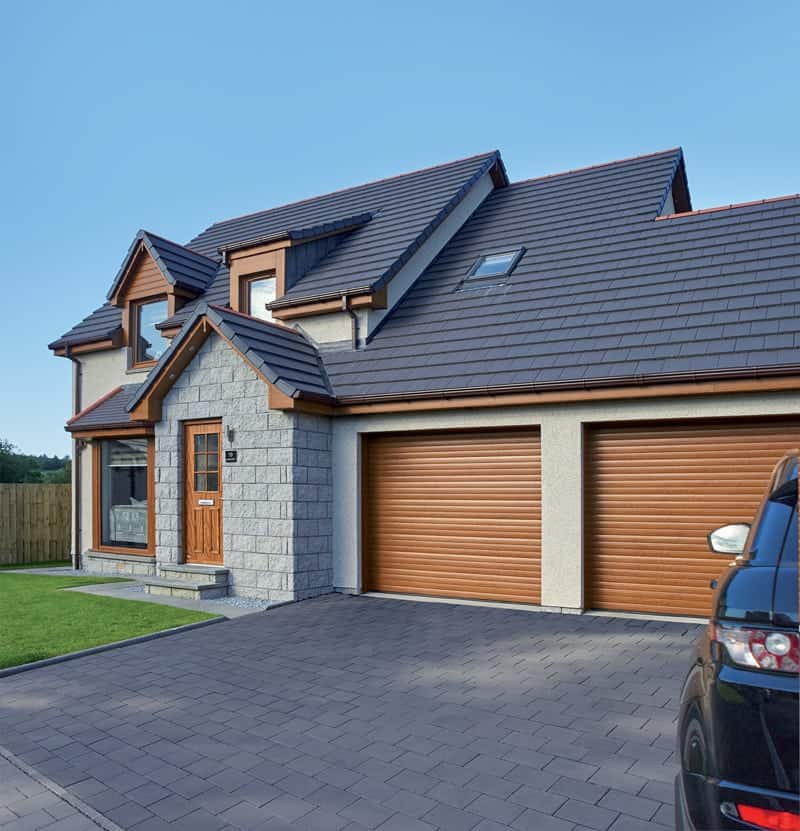 Wi-Fi  enabled home cameras so you can check security from your phone;  smart controls so you can close blinds and turn lights on and off wherever you are in the world…the list of new equipment to safeguard your home continues to develop and grow.

But there is one area which hasn’t received due attention…and that is the new technology recently developed for modern garage doors.  A garage door can be a vulnerable entry point to a storage area used for cars and often many other valuable items as well. Crucially, it can also be used to gain access to the main house…burglars love getting into a garage as they can then work away out of sight to break into the home.

In recent times of course there has been a lot of focus in the media and on consumer advice websites on home security technology such as CCTV and burglar alarms. A key aspect here is that these tend to have a retrospective or deterrent element in the design, and the importance of equipment that actually prevents entry in the first place can sometimes get a little overlooked.

Homeowners of course rarely think about this aspect when buying a garage door, but it is incredibly reassuring to know that no one can copy the code in the latest hand transmitters. Problems of copying in electrical hand transmitters were first identified in the US and the UK in the 1970s when neighbours found they could accidently open each other’s garage doors.  This proved to be quite common in suburban areas and lead to the development of rolling code technology.

Today, garage doors that are electrically operated, such as Garador’s roller garage doors, provide an extra layer of security with options such as keypads and finger scanners to beat modern criminals.

Whilst some manufacturers offer a roller door that is fully automated, which means the door has an electric motor attached to the curtain of the door and can be opened by pressing a button, there are roller door manufacturers out there that produce doors that are manually opened and closed by hand, which some people might be happy to do. But it sure does take away the ease of opening and closing the door, and though you might think it is a novelty extra, it also means that the door is much, much more difficult to configure with security devices such as a finger scanner or keypad where you enter a code to get inside.

The GaraRoll lifts vertically, rolling into a neat box at the top of the garage opening meaning you can park right up against the door without having to leave any extra space. This helps free up the ceiling space for storage or access into a loft, something that many of us will find invaluable in today’s modern compact homes.

It can be confusing when you are choosing a roller door so it is worth bearing in mind that fully automated can mean that the door has an electric motor attached to the curtain of the door. The door is lifted by pressing the button but it won’t include any of the top security features now available in the finger scanner or keypad devices and of course in the highly secure hand transmitters.

While new phones and other developments make top news, it is rare to read about the great advances in handheld transmitters. But Garador’s new generation of handheld transmitters offer a number of unique features. Today it is a big advantage to open your garage door from the comfort of your car. Garador’s remote transmitter’s offer remote and fast opening and they also come in a streamlined style designed ergonomically to fit into the hand, something that would be nice to see copied in tv remotes! But the most important feature in these Garador transmitters is the new high secure technology which means would be thieves won’t be able to copy the signal. The security is based around 868 MHz high frequency signalling system plus bi-directional FM radio signalling. To give more of an indication of what this means, this is exactly the same 128 bit encryption that is used by many banks today for their online banking security.

These futuristic little Garador handhelds also feature a rolling code electrical system, ensuring that the signal code used to communicate with the garage door is changed every time it is used.  It has all been designed to prevent signal copying even by the most tech savvy burglar won’t be able to gain entry into the garage.

Garador of course is one of Britain’s most established garage door manufacturers and over its decades of research and development, it has added a full range of excellent refinements to garage doors.  In the GaraRoll roller door for instance, there is a mechanical stop feature, a clever device on the spindle which raises and lowers the door curtain which will stop people from lifting up the garage door manually to gain unauthorised entry.

Great style and functionality are still key of course in choosing any garage door; but today security has to be equally important. It is well worth having a look at Garador’s latest ideas in garage doors and openers to ensure you choose the best products to help protect your home and possessions.