The couple are said to have hired former Soho House interior designer Vicky Charles to transform the residence. 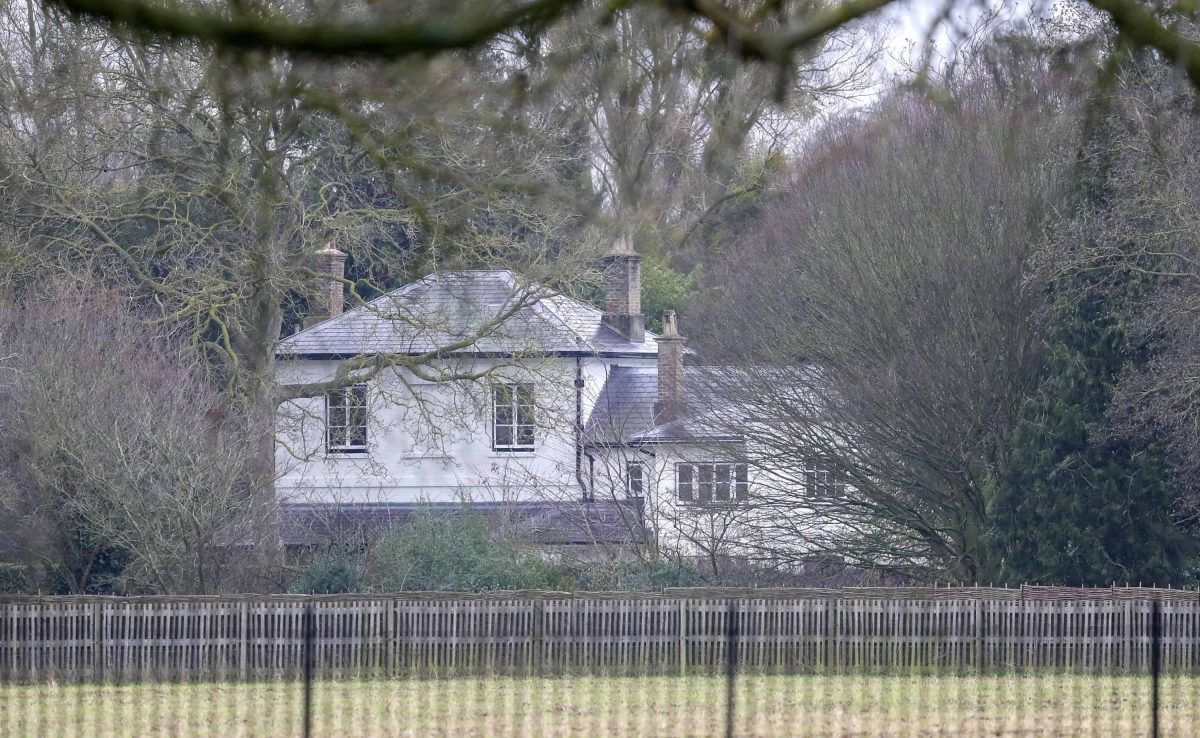 The Duke and Duchess of Sussex have said they will pay back £2.4 million in taxpayers’ money spent on renovating their Berkshire home, as they step back from royal duties.

In a statement from Buckingham Palace on Saturday, the palace said Harry and Meghan will pay back the funds spent on Frogmore Cottage, on the Windsor estate.

The Grade-II listed building, which the couple moved into just nine months ago, will stay as their UK home.

“The Duke and Duchess of Sussex have shared their wish to repay Sovereign Grant expenditure for the refurbishment of Frogmore Cottage, which will remain their UK family home,” Buckingham Palace said.

It was previously reported that the staff who help run the Duke and Duchess of Sussex’s Berkshire home are to be deployed elsewhere when the couple are in Canada. View this post on Instagram

“After many months of reflection and internal discussions, we have chosen to make a transition this year in starting to carve out a progressive new role within this institution. We intend to step back as ‘senior’ members of the Royal Family and work to become financially independent, while continuing to fully support Her Majesty The Queen. It is with your encouragement, particularly over the last few years, that we feel prepared to make this adjustment. We now plan to balance our time between the United Kingdom and North America, continuing to honour our duty to The Queen, the Commonwealth, and our patronages. This geographic balance will enable us to raise our son with an appreciation for the royal tradition into which he was born, while also providing our family with the space to focus on the next chapter, including the launch of our new charitable entity. We look forward to sharing the full details of this exciting next step in due course, as we continue to collaborate with Her Majesty The Queen, The Prince of Wales, The Duke of Cambridge and all relevant parties. Until then, please accept our deepest thanks for your continued support.” – The Duke and Duchess of Sussex For more information, please visit sussexroyal.com (link in bio) Image © PA

Their new website, sussexroyal.com, says Harry and Meghan moved to Windsor for “various reasons”, and mentioned the fact that their previous residence of Nottingham Cottage on the grounds of Kensington Palace “could not accommodate their growing family”.

The website points out that the option of Apartment 1 in Kensington Palace was estimated to cost in excess of £4 million for mandated renovations including the removal of asbestos, and would not have been available for them to occupy until the fourth quarter of 2020.

“As a result, Her Majesty The Queen offered the Duke and Duchess the use of Frogmore Cottage, which was already undergoing mandated renovations, and would be available to move in before the birth of their son.

“The refurbishment cost equated to 50% of the originally suggested property for their proposed official residence at Kensington Palace.”It is for these reasons, the Duke and Duchess of Sussex chose Frogmore Cottage as their official residence,” the website says.

Despite having “cottage” in its name, Harry and Meghan’s UK home – located close to Windsor Castle – has four bedrooms and a nursery.

Frogmore Cottage underwent major work to turn five properties back into a single mansion – with all fixtures and fittings paid for privately by the duke and duchess.

The couple are said to have hired former Soho House interior designer Vicky Charles to transform the residence.

It is likely that they installed a luxury kitchen and bathroom, and it has reportedly been designed by Harry and Meghan with dining and entertaining in mind and with extra bedrooms to accommodate guests, such as the duchess’s mother Doria Ragland.

After annual royal accounts were released last June, campaigners called for a parliamentary inquiry to be launched into spending on the monarchy.

Republic, which calls for an elected head of state, questioned why £2.4 million of taxpayers’ money had been “thrown” at Frogmore Cottage while public services were under financial pressure.

Frogmore Cottage, which is about half a mile south of the Queen’s favourite residence Windsor Castle, is close to Frogmore House where the duke and duchess held their evening wedding reception.

Frogmore House is also where the couple posed for their official engagement photos.

It has been a royal residence since 1792 and was built in around 1680 by Charles II’s architect.

In 1923, the Queen’s parents – the future George VI and Queen Elizabeth – spent part of their honeymoon there.

The name Frogmore is derived from the frogs which have always lived in the low-lying marshy area.