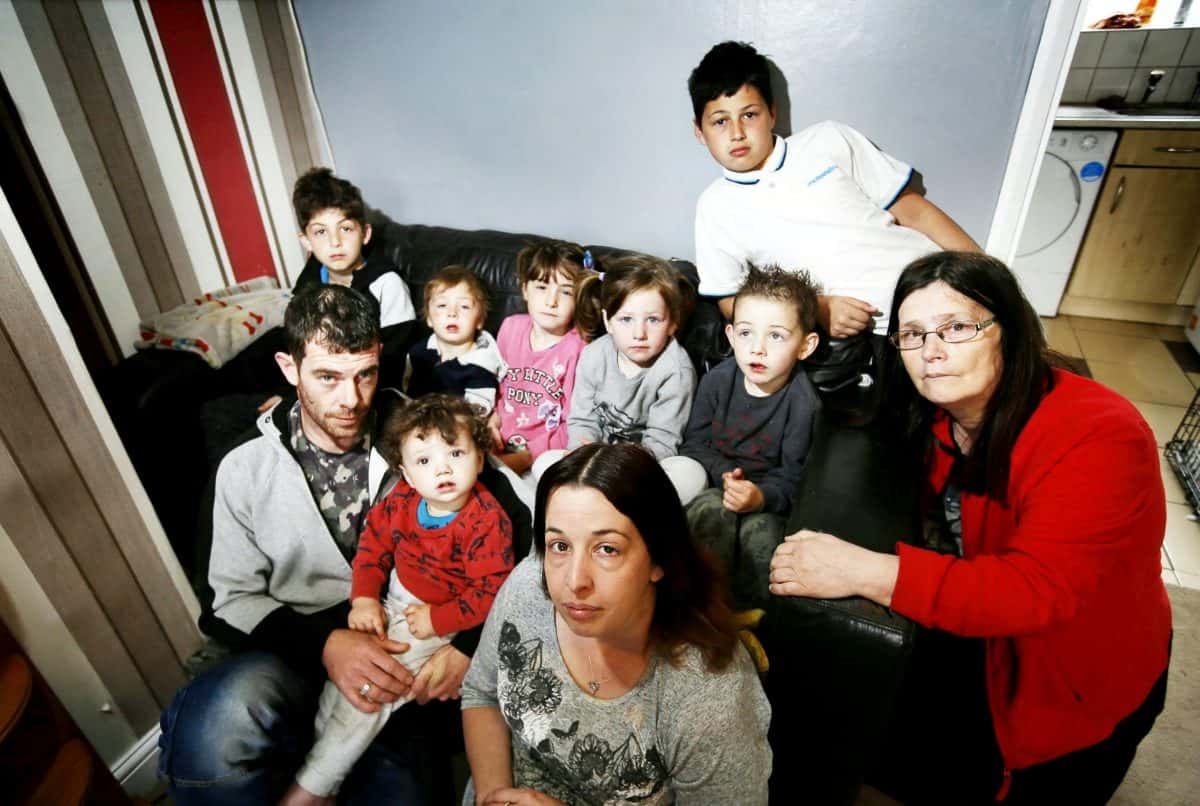 A family of ten who have been living in a three-bed house for five years are desperately trying to find a new home.

Stewart Davenport lives with his partner and their eight children and step children, aged between one and 15, in an over-crowded house with only three beds.

Conditions are so cramped that five of the children have to share one room between them.

The huge family have been living in the cramped house, in Rose Hill, Oxford, since 2014.

And conditions could soon get worse when the family welcomes its eleventh member in September.

But they hope to find a new, bigger home to live in before their eldest child has a baby of her own in September.

The family are now desperate to be moved to a bigger house following years of living in a house that’s too small.

Mr Davenport said: “We have a mattress which we have to drag downstairs every night and we sleep in the front room.

“Five of the kids have to share one room but they get scared and come down to us so we’re often all in the same room together.

“We had to have an ambulance come a few months ago and the paramedics couldn’t believe that there were so many people sleeping in the same place.”

Things have got so bad, according to Mr Davenport, that the children’s sleep is suffering and they are doing badly at school.

He built a conservatory himself in the back garden to give the family more space but the council insisted this be pulled down because it didn’t have planning permission.

He said: “We have to keep all their clothes in boxes on the landing because there is no room for wardrobes in the bedrooms.

“They can’t have any of their toys and games out because there is no space.

“Their studies are suffering because there’s nowhere to sit quietly and read. They have never got their own space and their behaviour is getting worse.”

The family has attempted to exchange their council house with another family but say no one wants to live in Asquith Road because of its crime problems.

After the introduction of universal credit, they are all now surviving on just £500 a month.

This week, the family has heard from Oxford City Council that a new home might be being lined up for them and are hopeful a move might finally be on the cards.

But they say they have been let down in the past and are waiting until everything is confirmed before celebrating.

Last month it was announced that city council’s budget for new housing could soar next year to £41.8m.

Stephen Clarke, Head of Housing Services, said: “We don’t comment on individual cases, but we are working with a number of families in overcrowded accommodation to find long term answers to their housing problems.

“These could include building extensions to existing homes or helping people move to a larger home.

“While we empathise with the difficulty a family may face living in an overcrowded home, there are no quick fixes and finding a sustainable solution takes time.”