More than 20 households are set to receive enforcement notices telling them to leave the site in Enderby,, Leics., because they are not members of the travelling community.

by Ed Chatterton
in Must Reads, Property 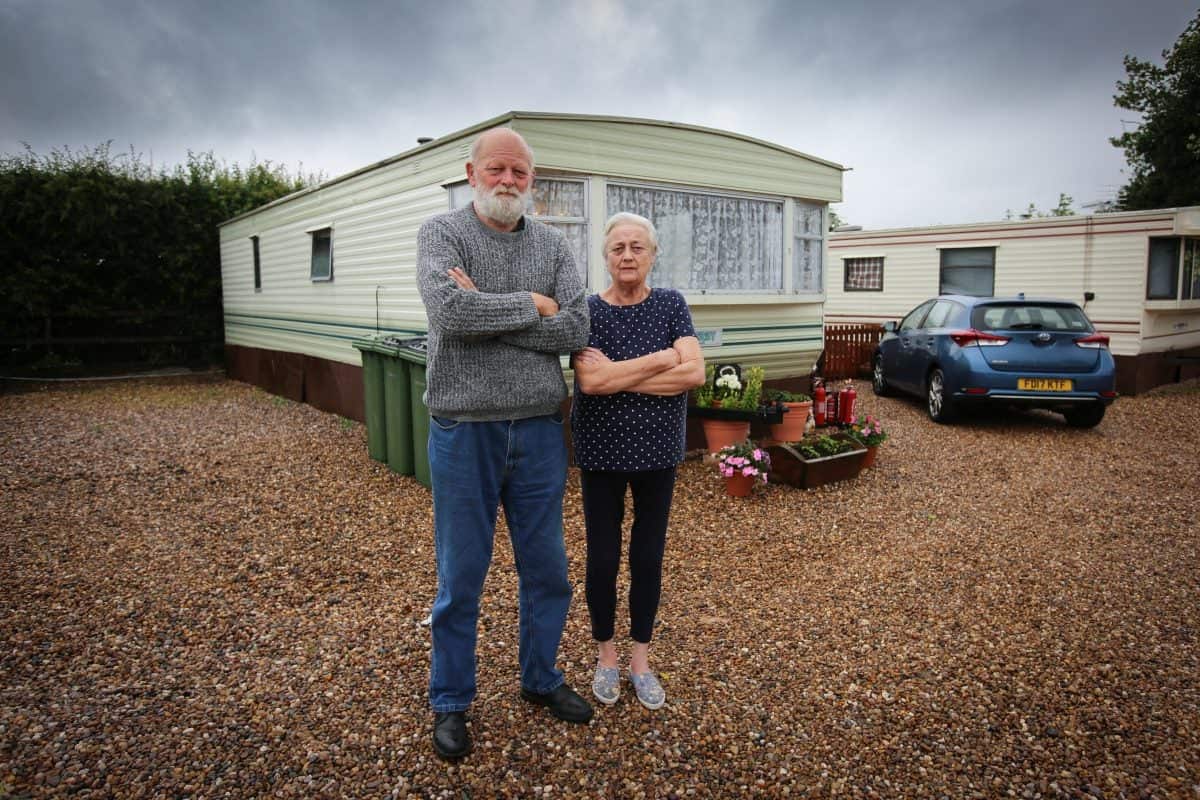 More than 20 families are facing eviction from their homes on a caravan site – because they are not from the travelling community.

Residents living in the mobile homes are set to receive enforcement notices ordering them to leave as they are not members of the travelling community.

They say they are being “discriminated against” for not being gypsies and have described the move as a “form of racism” which will “tear their community apart.”

Those living in the caravans also revealed they had even been given a bizarre questionnaire to determine whether or not they were travellers.

They were shocked to be asked to provide evidence of moving from place to place or a family history or any links to the gypsy community.

The mobile homes on Field View Park and The Old Stables in Enderby, Leics., were approved for traveller use in 2006.

But when the owners, who are all council tax payers, applied for permission to enable non-travellers to live there it was refused by Blaby District Council.

It means 25 families are now set to become homeless after town halls chiefs ruled they were “unlawfully renting mobile homes in breach of the planning permission.”

Resident Andrew Field, 62, said the notices would leave 28 days for those effected to move out leaving families and young children with nowhere to go.

Andrew, a site manager, who has lived at the site with his wife Lesley, 65, for the past three years, added: “We are very angry, some people cannot afford to rent elsewhere.

“My wife and I have lived here for three years now, when the site started up. Back then there was only three mobile homes on the site. Now there is around 25.

“The owners applied to make the site bigger to add more homes but that was rejected by the council.

“The council told us because we are not travellers, we had to leave the site and live elsewhere.

“It’s not fair, its almost a form of racism. We feel we are being discriminated against.

“We were sent a questionnaire by the council in April last year it was to determine whether we were travellers or not.

“We get along with each other in our little community, we don’t want to stop the gypsies coming here.

“The council have said they will be sending out enforcement notices which will give us only 28 days to leave.

“This will tear our happy little community apart.

“The support we have received from everyone including those in the local village has been amazing, everyone is just shocked by this decision.

“We’ve got families living here, single parents and lots of kids who could be homeless.

“All the children get along and you can always seeing them playing with each other whether they are traveller or not.

“We’ve got a young girl on the site who’s going through her GCSEs and she might be kicked out of her home, it’s madness.

“The council have said they’re is homeless support on standby for us, everybody is worried, no one wants to leave.

“I don’t think the council realised the repercussions of what they were doing, they thought we would just roll over and go quietly.

“These are our homes, we just want to stay.”

Amy Ruddle, who lives on The Old Stables site, said: “We’re being told we have to leave because we’re not gypsies.

“We moved here when we couldn’t find anywhere that we could afford to rent locally, initially we signed for six months, but we liked it so much we’ve stayed.

“My daughter is about to start her final year of GCSEs, my eight-year-old is in primary school, we don’t want to move.

“It would mean leaving our home, our community and a change of school and not one of those councillors seemed to think about that.

Planning rules mean that exceptions apply to properties occupied by travellers so because the permission to place the mobile homes was granted just for traveller use.

Officers also recommended the refusal due to issues with visual amenity, drainage and sewerage.