Japanese knotweed was first introduced into the UK from Japan in the 1850s as an ornamental plant, but it is now number one on the Environment Agency’s list of the UK’s most invasive plant species, described as “indisputably the UK’s most aggressive, destructive and invasive plant”. Growing up to three metres in height, it spreads […] 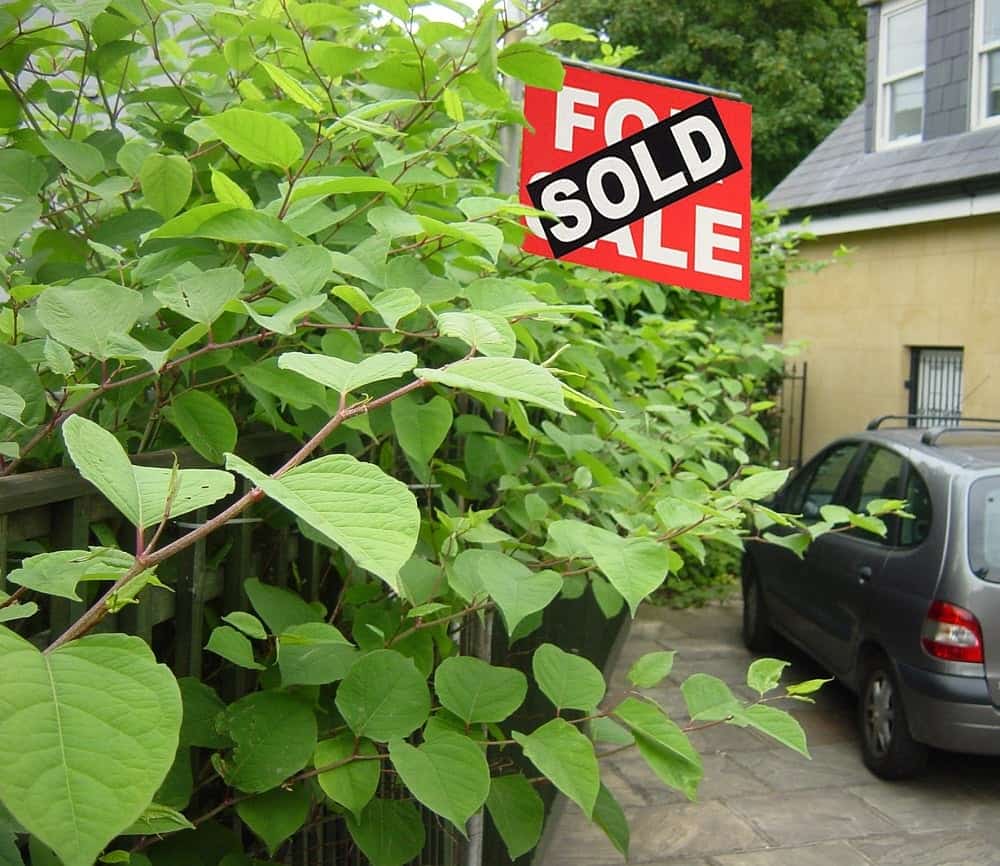 Japanese knotweed along the road

Japanese knotweed was first introduced into the UK from Japan in the 1850s as an ornamental plant, but it is now number one on the Environment Agency’s list of the UK’s most invasive plant species, described as “indisputably the UK’s most aggressive, destructive and invasive plant”. Growing up to three metres in height, it spreads rapidly between May and September and can push up through asphalt, cracks in concrete, driveways, cavity walls and drains.

But Japanese knotweed is no longer the deal-breaker it once was. With almost 32 per cent of British adults who are aware of it still purchased an affected property, but at a reduced price, according to new YouGov research commissioned by Environet UK.

Awareness is growing – 78 per cent of British adults are now aware of Japanese knotweed compared to 76 per cent in 2018 and 75 per cent in 2017. With the treatments and guarantees available to deal with it, homebuyers have greater peace of mind that it’s a problem that can be solved. If there is a professional treatment plan in place with an insurance-backed guarantee, you may not need to walk away from your dream home.

However, 50 per cent of people aware of the plant would walk away from a property which had Japanese knotweed. This is much less than the 78 per cent who said they would not buy an affected property two years ago. This suggests people are becoming increasingly pragmatic in their approach to the UK’s most invasive plant.

Of those who said they would proceed with the purchase at a reduced price, the majority (26 per cent) would expect a discount of between six to ten per cent, while 15 per cent would expect to knock off between just one to five per cent.

A further 15 per cent would seek to reduce the price by more than a quarter. In Environet’s experience, a ten per cent reduction in the purchase price is typical in cases where the property has been affected by Japanese knotweed, dropping to around two to five per cent if it has been professionally treated.

Japanese knotweed can be completely removed within days, at any time of the year, using a digging out method that sifts the earth to remove all viable rhizome roots from the infected soil. Once the problem has been tackled or using a longer-term herbicide treatment and an insurance backed guarantee has been secured, almost all mortgage lenders will lend against the property and sales can proceed unhindered.

Nic Seal, Founder and MD of Environet said: “With an estimated five per cent of all UK properties now affected by Japanese knotweed, either directly or indirectly, it’s encouraging to see homebuyers becoming increasingly rational in their approach. If left untreated, Japanese knotweed can cause considerable damage to a property which is why buyers and lenders are right to insist that there is a professional treatment plan in place before they agree to proceed.

“Due to the stigma around Japanese knotweed, the property value will almost certainly be impacted, but all that’s required is a sensible renegotiation of the price. People are realising it doesn’t have to be a deal breaker.”

Chartered Surveyor Paul Raine, Director of Expert Surveyors Ltd, added: “The key to selling a property affected by knotweed is a Japanese Knotweed Management Plan from a reputable specialist. Always be honest if the property you’re selling is or has been affected, or it could come back to bite you in the form of litigation from your buyer further down the line.”

Neighbourly disputes are also on the rise because of the spread of Japanese knotweed. Most homeowners see their local council as the first port of call in a row over Japanese knotweed encroachment, which occurs when the plant has been left untreated and allowed to spread onto an adjacent property. If the neighbour whose land was the source of the encroachment failed to act, 42 per cent of homeowners would contact their local council, while 16 per cent would contact their building insurer, and 13 per cent would take immediate legal action through court proceedings.

This faith in the ability of local councils to help deal with the problem could be a result of a Bristol City Council’s successful use of ASBO legislation in December 2018 to prosecute a landowner who allowed Japanese knotweed to encroach into the gardens of seven neighbouring homes.

Environet estimates that approximately 850,000 to 900,000 UK households are affected and suffering an average reduction in value of around ten per cent, knocking £19.8 billion off property values.