The Treasury also plans a real-terms cut to benefits - despite the decision to keep the 45p rate. 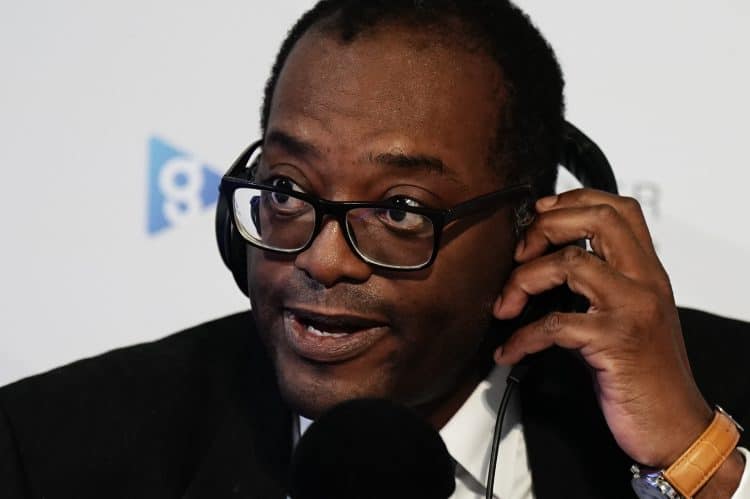 Kwasi Kwarteng has taken a massive £18 billion bite out of public services – just moments after he U-turned on the top rate of tax.

The chancellor confirmed that budgets will not be topped up in line with soaring inflation, a move described by economic experts as likely to have an “extraordinary” impact on the NHS and schools.

Kwarteng said it was right to stick within spending allocations made in 2021 – although inflation is now more than twice the forecast of 4 per cent made then.

“I think it’s a matter of good practice and really important that we stick within the envelope of the CSR [the Comprehensive Spending Review],” he told BBC Radio 4.

But the Institute for Fiscal Studies (IFS) has warned an extra £18 billion is needed in each of the next two years to restore “the real-terms generosity intended”, because inflation is around 10 per cent.

The confirmation of the cuts comes as the Treasury also plans real-terms cuts to benefits to fund the massive tax giveaway that will continue despite the decision to keep the 45p rate.

Kwarteng refused to apologise outright for the 45p blunder, but said: “There is humility and contrition in that – and I’m happy to own it.”

He denied the botched budget 10 days ago was to blame for soaring mortgage rates which BBC Radio 4 called a “Kwarteng premium” inflicted on homeowners.

He also had to confirm he wasn’t considering resigning just a month into the post, saying: “Not at all, because I’m focused on delivering the growth plan.”