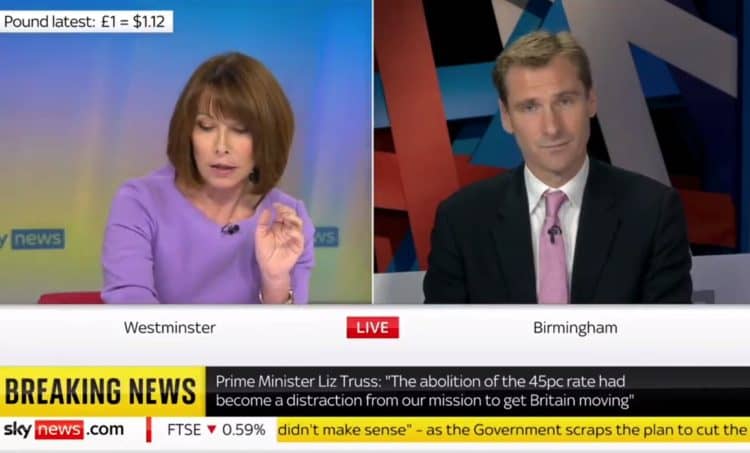 Liz Truss and Kwasi Kwarteng appeared to throw Chris Philp under the bus this morning after the beleaguered Treasury minister was forced to do the media rounds… again!

Philp was asked multiple times whether he had proposed the idea to cut the top tax rate on Sky News after it was suggested he presented the PM and chancellor with a paper on it during the leadership campaign.

Kay Burley seemed impatient in her line of questioning, which Philp desperately tried to swerve.

He said: “Decisions ultimately get made by the chancellor and the prime minister”.

But Burley wasn’t having any of it.

To which he responded: “I wouldn’t describe it as my idea.”

Watch the excruciating clip in full below: